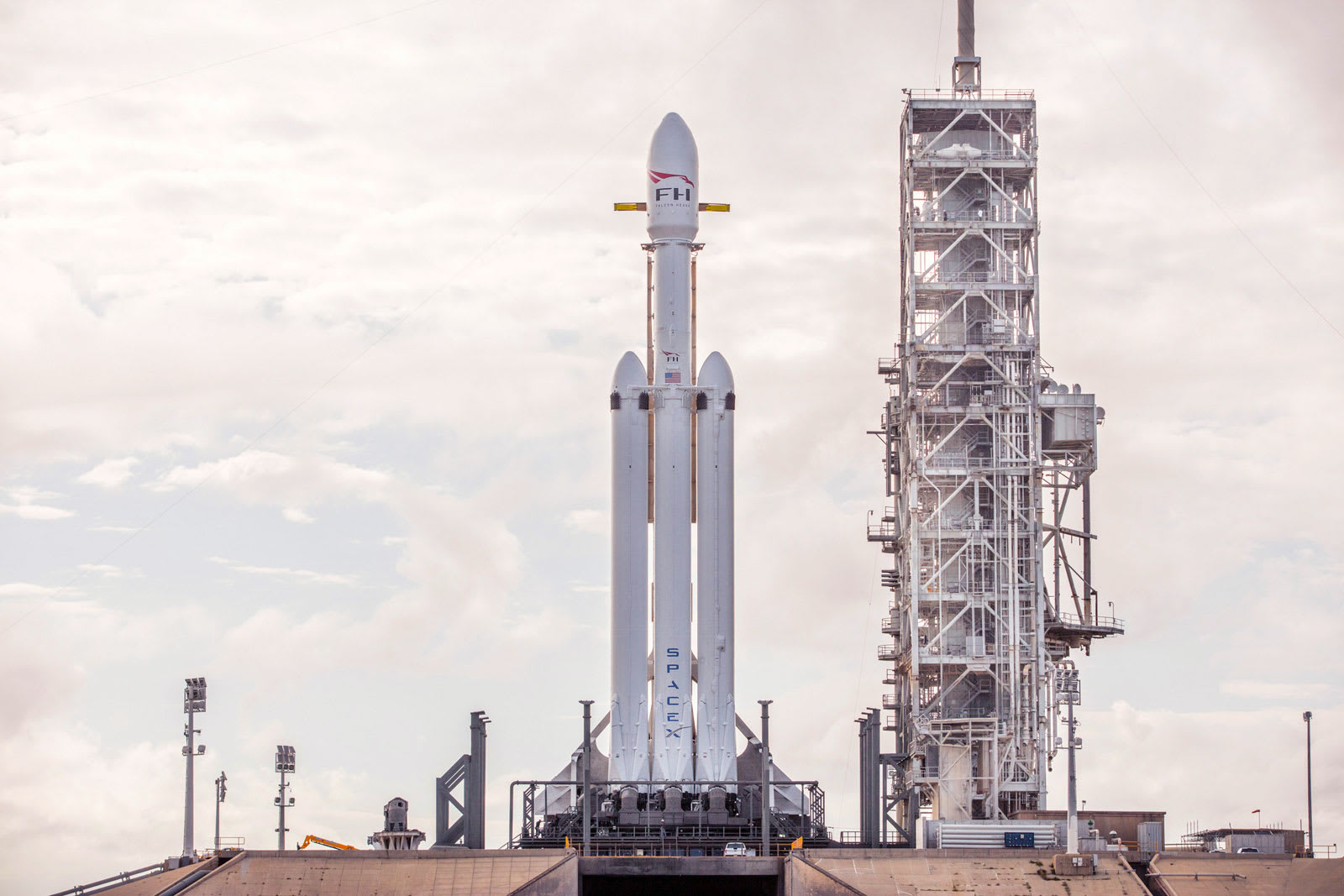 SpaceX hasn't been shy about wanting to land Falcon Heavy's three booster rockets (it formally proposed its plans a year ago), but will it try now that the launch has finally been nailed down? Yes. Elon Musk's outfit has confirmed that it will attempt to land all three boosters on Falcon Heavy's launch, which is now slated for a 2.5-hour window starting at 1:30PM Eastern on February 6th. As expected, the two side boosters will come back to the on-ground landing zones at Cape Canaveral, while the center booster should land on a drone ship off the coast.

The company is no stranger to successful rocket landings -- they're considered routine at this point. With Falcon Heavy, however, there are challenges SpaceX just didn't have to face before. It has to separate and land the boosters in an elegant, coordinated fashion that avoids collisions and other erratic behavior. And of course, having three rockets increases the odds of failure. SpaceX has learned many lessons since it first unveiled plans for its heavy-duty rocket back in 2011, but this is a new chapter in its story. It has yet to know how well Falcon Heavy will fly in practice, and it isn't immune to problems even with years of experience under its belt.

Source: BusinessWire
Coverage: NASASpaceflight.com
In this article: falcon9, falconheavy, gear, rocket, space, spacex
All products recommended by Engadget are selected by our editorial team, independent of our parent company. Some of our stories include affiliate links. If you buy something through one of these links, we may earn an affiliate commission.