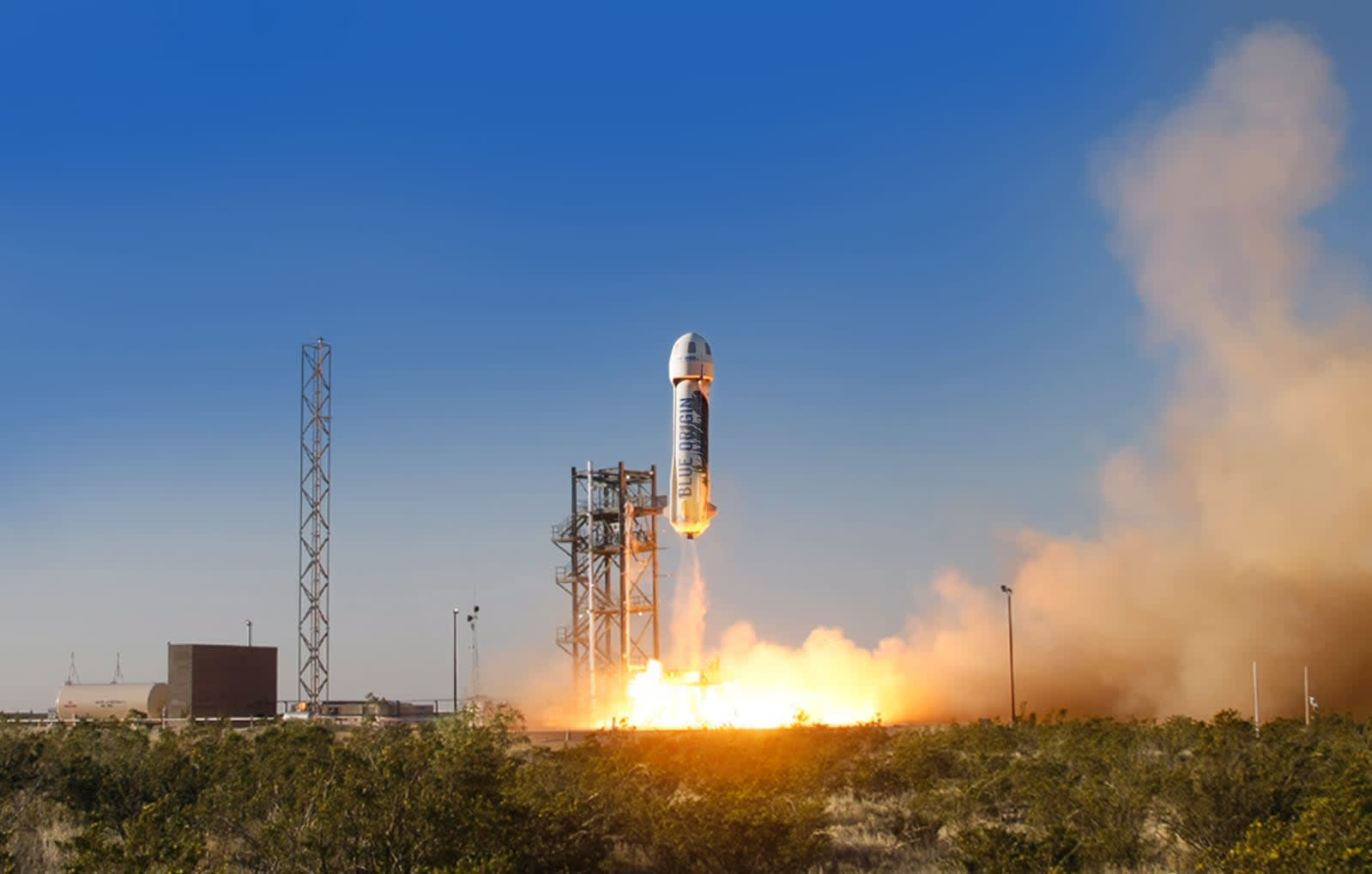 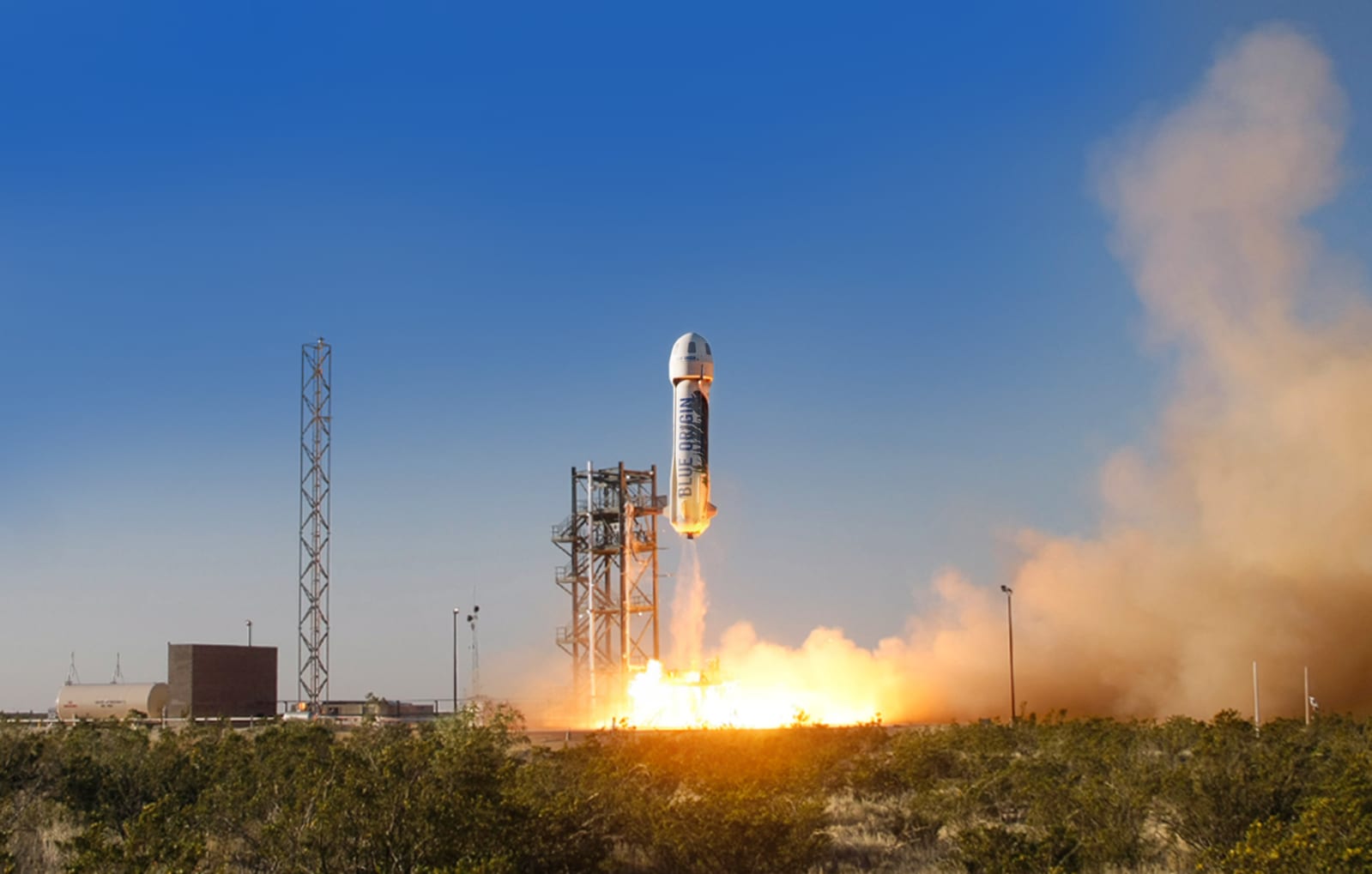 When we talk about the current era of private spaceflight, the phrase "space race" is thrown around quite often. It's meant as a good thing; a space race against the Russians is what put American astronauts on the moon. The idea of rocket billionaires like Elon Musk and Jeff Bezos working day and night to outdo one another in some spectacle of bravado may sound appealing; it would certainly have entertainment value. But a space race isn't necessarily, in and of itself, a good thing. After all, it's why we've been stuck in low Earth orbit for going on five decades.

It's difficult to overstate the achievements the US made in going to the moon. From rocket science to pushing the limits of computing tech, the advancements that emerged out of the endeavor are astounding. What's more, it was a stellar opportunity for science and exploration. The argument isn't that it was a bad idea to go to the moon; it was possibly the greatest achievement in the history of humankind, and scientists are still studying the data from those missions. But the way it happened -- specifically, the fact that it was a race against the Russians, rather than a project centered around science and exploration -- has stifled our nation's spaceflight program ever since.

The problem with a race is that the end goal is winning. President Kennedy's dream was "landing a man on the moon and returning him safely to the earth" before the end of the 1960s in order to "win the battle that is now going on around the world between freedom and tyranny." Apollo was a product of the Cold War. Once we beat the Russians to the moon, budget cuts to NASA began to roll out. The planned Apollo 20 flight was cancelled in January 1970, just six months after Neil Armstrong and Buzz Aldrin walked on the moon. Apollos 18 and 19 quickly followed. NASA had the will and the way, but Congress wasn't on board for it. The decades that followed have seen a cycle of ambitious plans downscaled to fit shrinking budgets.

Now, SpaceX's founder Elon Musk has made clear that he's interested in igniting another competition. "We want a new space race," he said during the press conference that followed the successful launch of the Falcon Heavy rocket. "Space races are exciting." 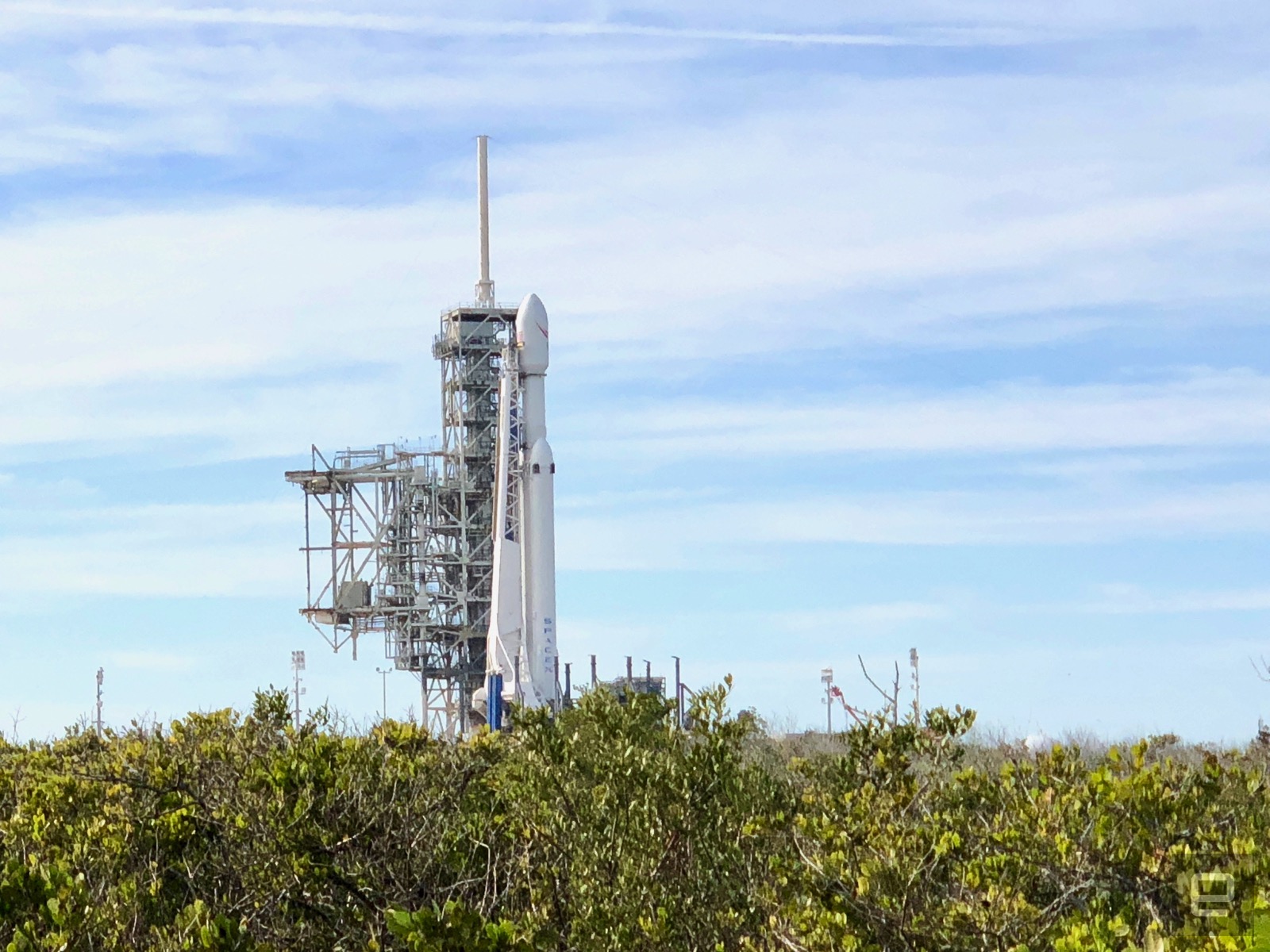 And it's true: They are exciting. There's a thrill in getting there first, in being bigger and better than everyone else. It's part of the allure of SpaceX, and the company has shown it has the substance to back up its bravado with rockets like the Falcon 9 and the Falcon Heavy.

But a problem arises when the space race becomes the singular goal. When the emphasis is on building something bigger because you can, to prove that you could do it first, it can make for a difficult environment. Competition can be good and healthy, but it also can diminish values of exploration, collaboration and scientific knowledge. It's a product of a machismo that many believe should have no place in space or in science.

To more than a few, SpaceX and Blue Origin are two sides of the same coin. They are both rocket companies founded by white male entrepreneurs. But their approaches have been markedly different. Jeff Bezos' Blue Origin has operated somewhat outside the public eye, solidifying its identity as a rocket manufacturer with a massive new factory at Kennedy Space Center. It's planning multiple launches of its suborbital rocket New Shepard this year in advance of a crewed flight. The company has found success in building on what it already has achieved, rather than continually embarking on massive new projects.

SpaceX, on the other hand, is broader in scope. Is it a rocket company? Is it interested in colonizing the solar system? Is it a satellite internet provider? Apparently, the answer to all of these is . . . yes. When it comes to space, ambition is good. However, the question is whether the lack of a clear focus, and an emphasis on visionary goals rather than tangible short-term objectives, will end up hurting the company. After all, a focus on what can be done, rather than what is practical and necessary, could end up expending the company's resources too quickly. 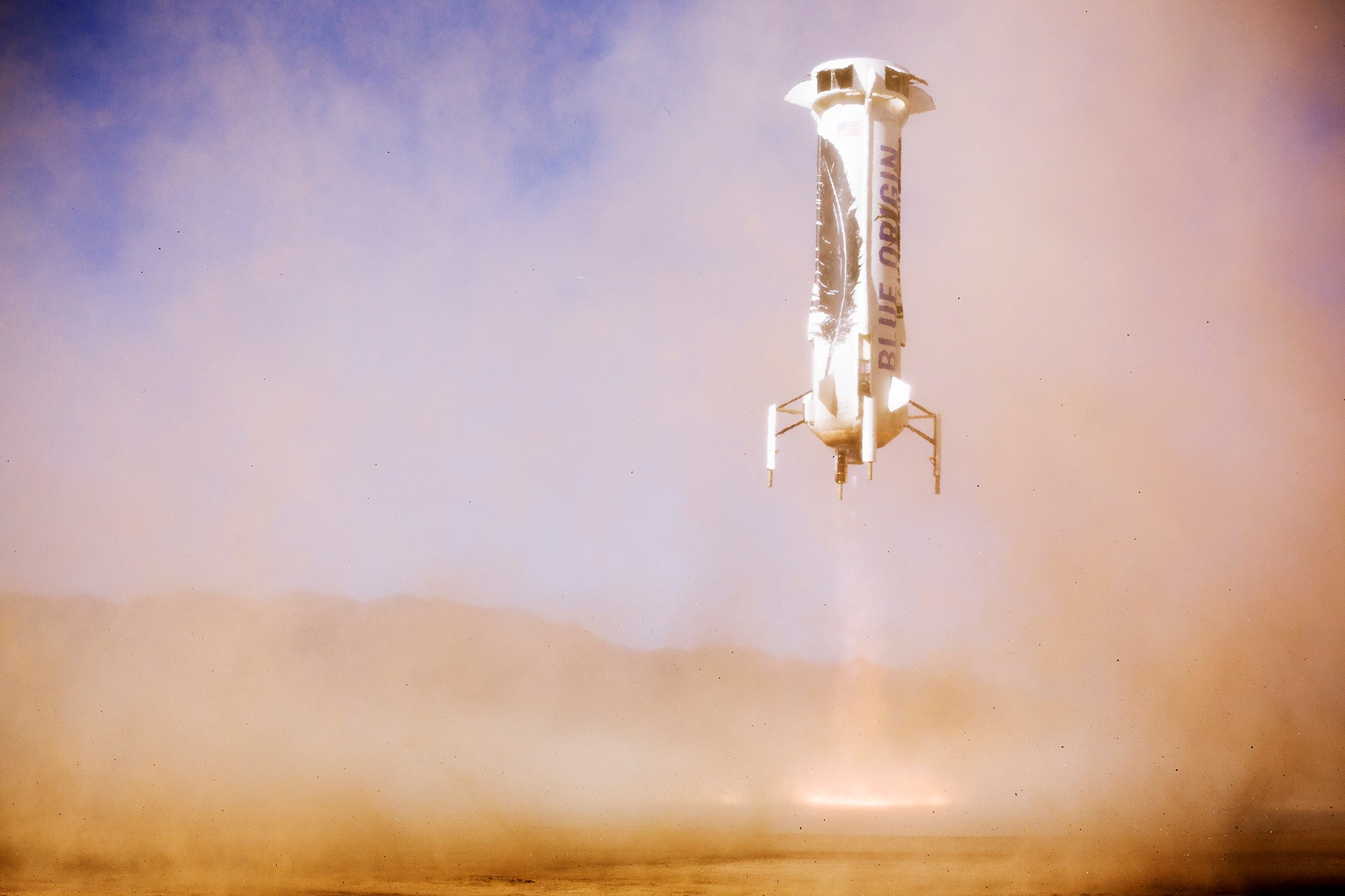 But what about Blue Origin's approach to space? After all, in the eyes of many, the company has been thrown in a space race with SpaceX. But the question is, does the company even want to be in this sort of competition?

According to Blue Origin, the answer is no.

When asked whether Blue Origin felt pressure to accelerate its launch testing and schedules because of competitors' achievements, Caitlin O'Keefe Dietrich, the Head of Public Relations at Blue Origin, told Engadget, "Space is a big place. It's not a zero-sum market." The company, it seems, isn't even interested in the space race challenge that Elon Musk presented.

Jeff Bezos isn't above poking some fun at rocket size, as he did when he unveiled the company's massive New Glenn rocket, which is currently scheduled for its first launch towards the end of 2020. And it would be foolish to presume that ego doesn't play into his decision making when it comes to his rocket company. But generally speaking, Blue Origin's approach is to think long-term, rather than jumping from rocket to rocket. "Our philosophy is to use an incremental, step-by-step approach for our long-term space technology development programs. And this approach has yielded us a lot of progress thus far," Dietrich said.

It's certainly different than SpaceX's approach to rocket building. On a press call for the Falcon Heavy before the rocket's launch, Musk stated that the company has already assigned the bulk of its engineering teams to the even larger BFR because "I was looking at Falcon Heavy, and thought it's a bit small." There isn't currently a huge market for the Falcon Heavy; SpaceX has only booked a few launches for it. Yet SpaceX has already put its resources toward building another, even bigger, rocket simply because the Falcon Heavy wasn't quite large enough for Musk (and because of SpaceX's Mars colonization ambitions). It's not exactly the incremental approach of Blue Origin. 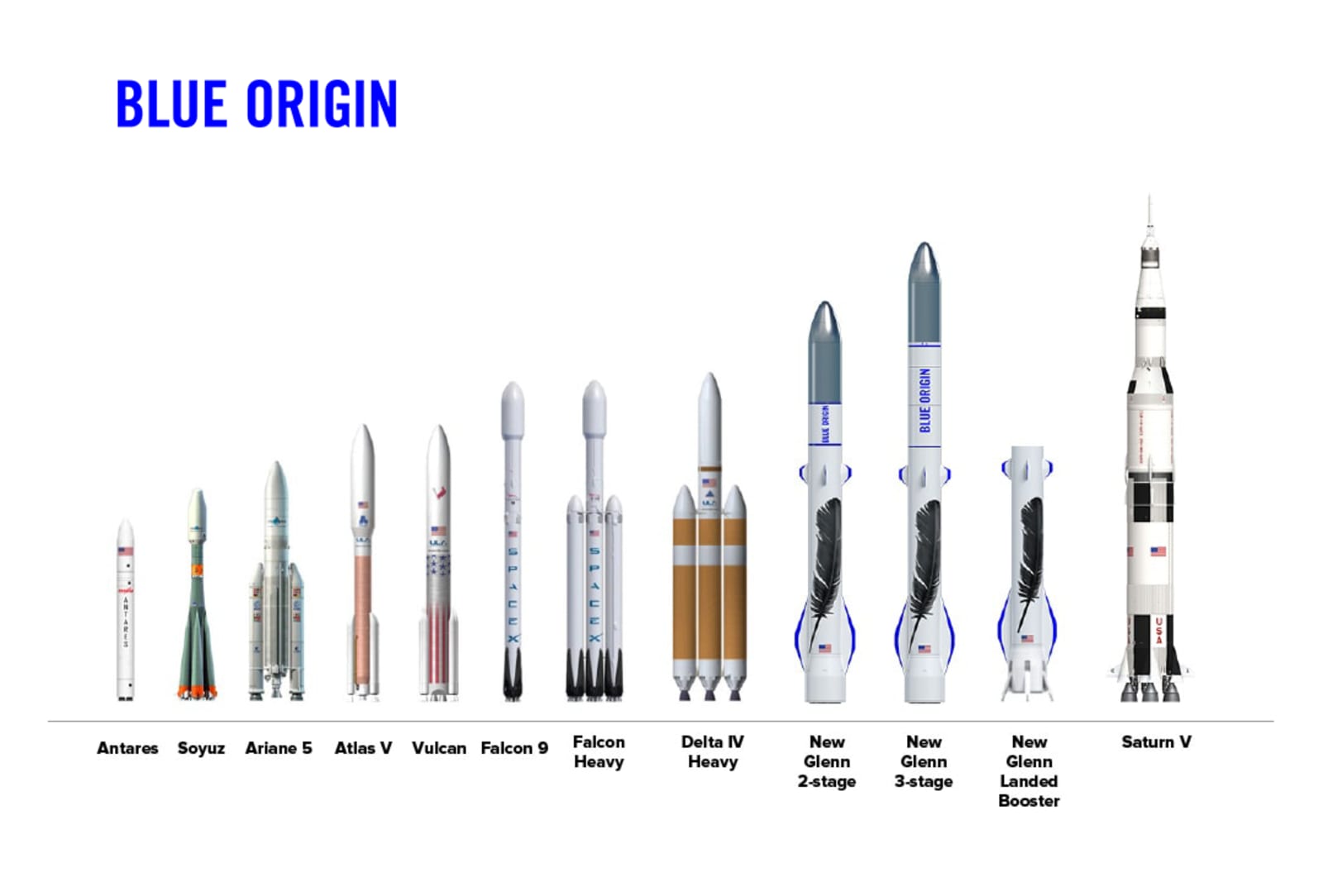 One philosophy isn't necessarily inherently better than another. But it's important to remember that a space race isn't, in and of itself, a good thing. It certainly can be an avenue of technological achievement, but if it's used to show off prowess at the expense of building solid foundations, it can end up being a detriment. It's important to have somewhere to actually send a rocket, and a plan surrounding its use, before you turn to building the next, bigger one.

Space is big, and there is room for many different ways of looking at spaceflight. Elon Musk may want a space race, and he'll likely get it from ULA, Boeing or another spaceflight provider. Perhaps even Blue Origin will join the fray at some point. But for now, the company isn't interested in a rivalry, nor does it feel any pressure to perform based on the recent Falcon Heavy launch. "Our vision is for millions of people to live and work in space," Dietrich said, "so we are applauding all launch operators that are building new and more capable systems."

In this article: blueorigin, elonmusk, jeffbezos, space, spacerace, spacex, tomorrow
All products recommended by Engadget are selected by our editorial team, independent of our parent company. Some of our stories include affiliate links. If you buy something through one of these links, we may earn an affiliate commission.