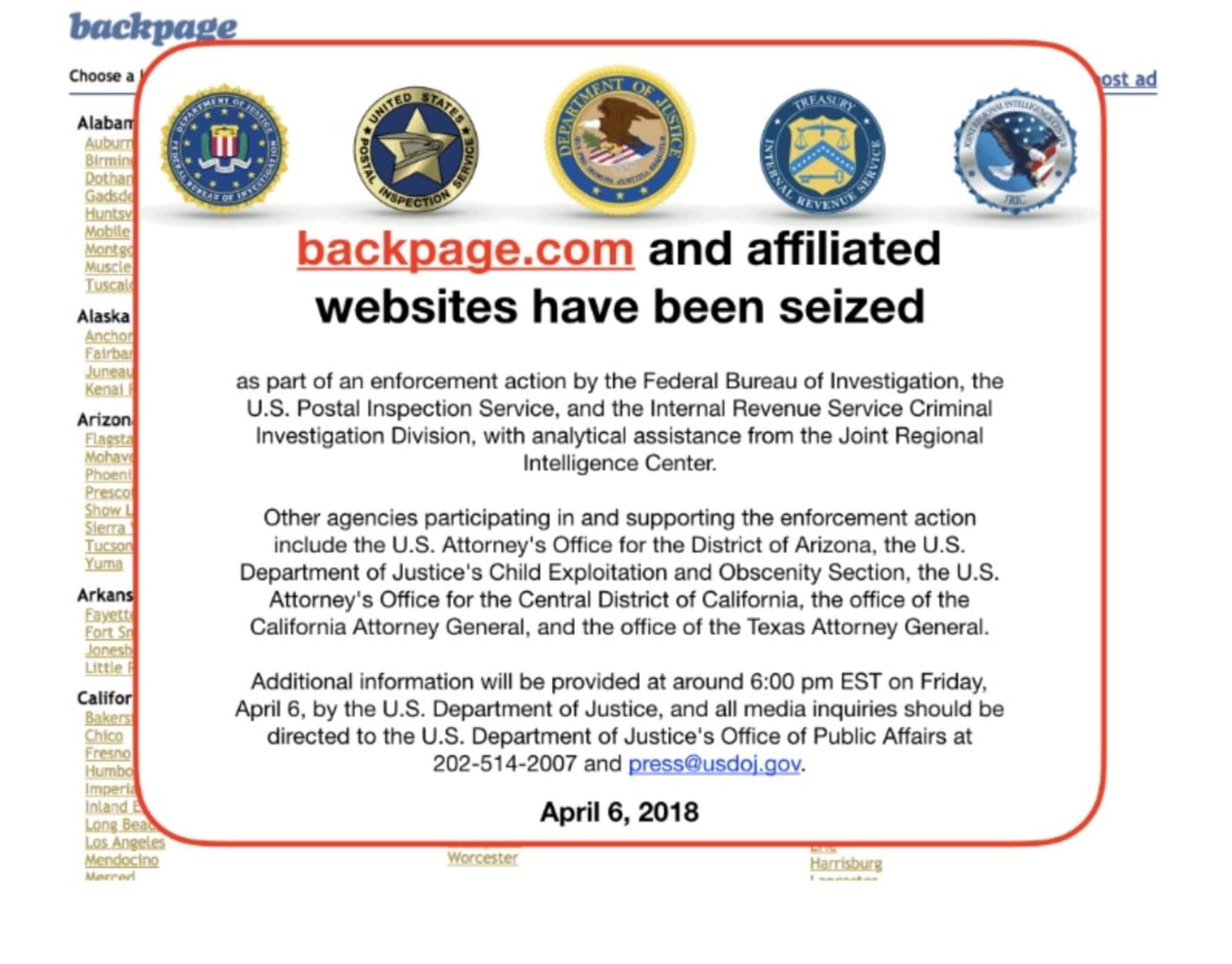 Classifieds website Backpage.com has been seized and disabled by the federal government. When you visit the website now, you'll see a message saying it and all affiliated websites have been taken over "as part of an enforcement action by the Federal Bureau of Investigation, the US Postal Inspection Service and the Internal Revenue Service Criminal Investigation Division, with analytical assistance from the Joint Regional Intelligence Center." The message goes on to name a handful of other enforcement groups involved in the action and states that more information will be provided by the US Department of Justice later this evening. Backpage is the second largest classifieds website.

Backpage has been the focus of law enforcement agencies for some time. The site's co-founders have been hit with pimping, sex trafficking and money laundering charges multiple times and the site has been accused of knowingly playing host to sex and child trafficking. Last year, the website shut down its adult ad section ahead of a Senate hearing on its practices.

Backpage and sites like it inspired the controversial FOSTA-SESTA bills, which Congress passed last month. Touted as anti-sex trafficking legislation, the bill would impose criminal sanctions on websites that host loosely defined sex trafficking and sex work content. Many say it's more about censorship than curbing sex trafficking and its opponents include the Department of Justice, the ACLU, the EFF, anti-trafficking groups and sex work organizations. Though it's not even a law yet, some companies have preemptively made changes to their services. Craigslist shut down its personal section last month after Congress passed the bill.

An Arizona CBS affiliate reported that the FBI also raided the home of Backpage co-founder Michael Lacey today. The FBI has confirmed that law enforcement action is ongoing.

Via: BuzzFeed News
In this article: backpage, business, classifieds, fbi, fosta, gear, internet, services, sesta, sextrafficking
All products recommended by Engadget are selected by our editorial team, independent of our parent company. Some of our stories include affiliate links. If you buy something through one of these links, we may earn an affiliate commission.