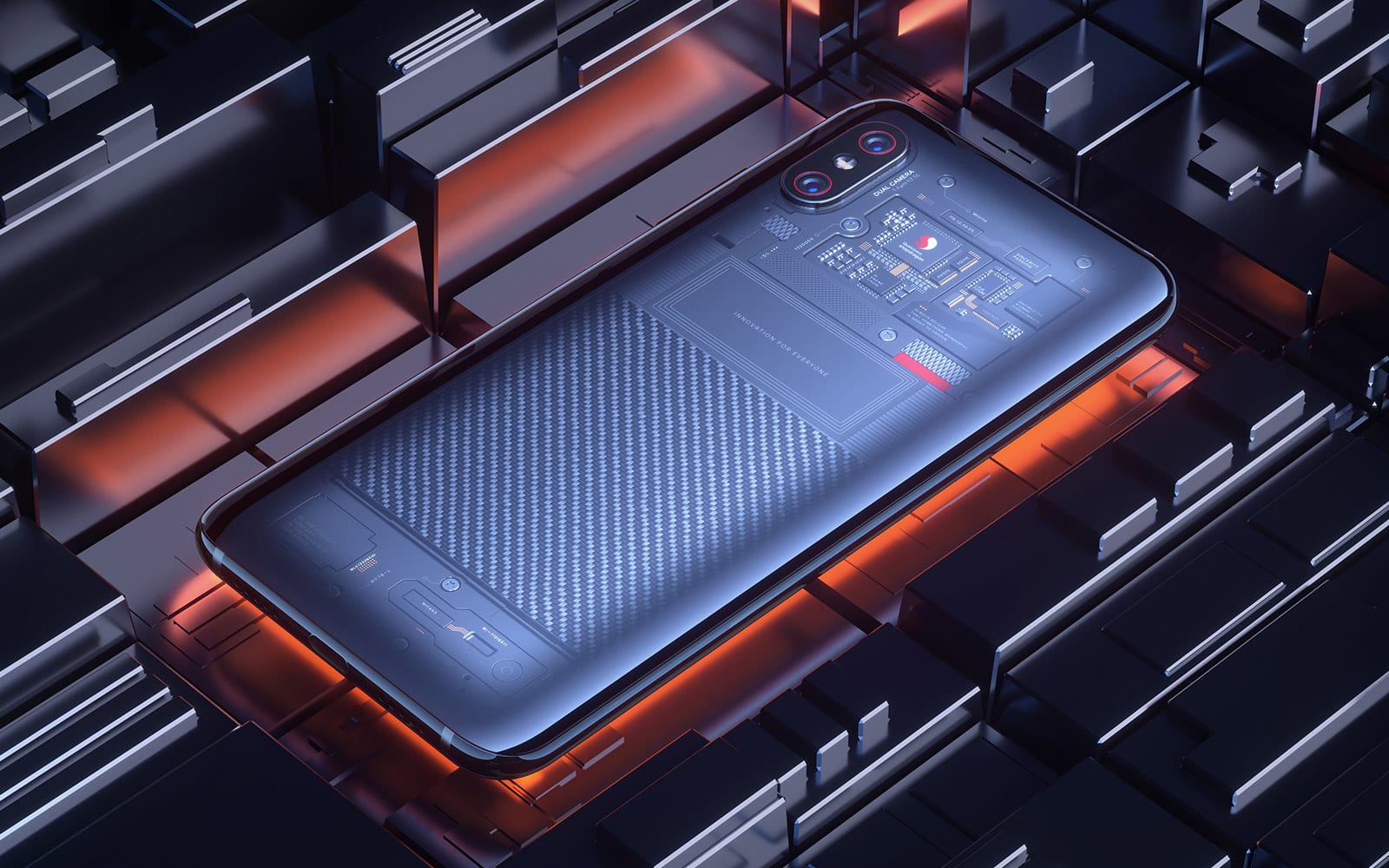 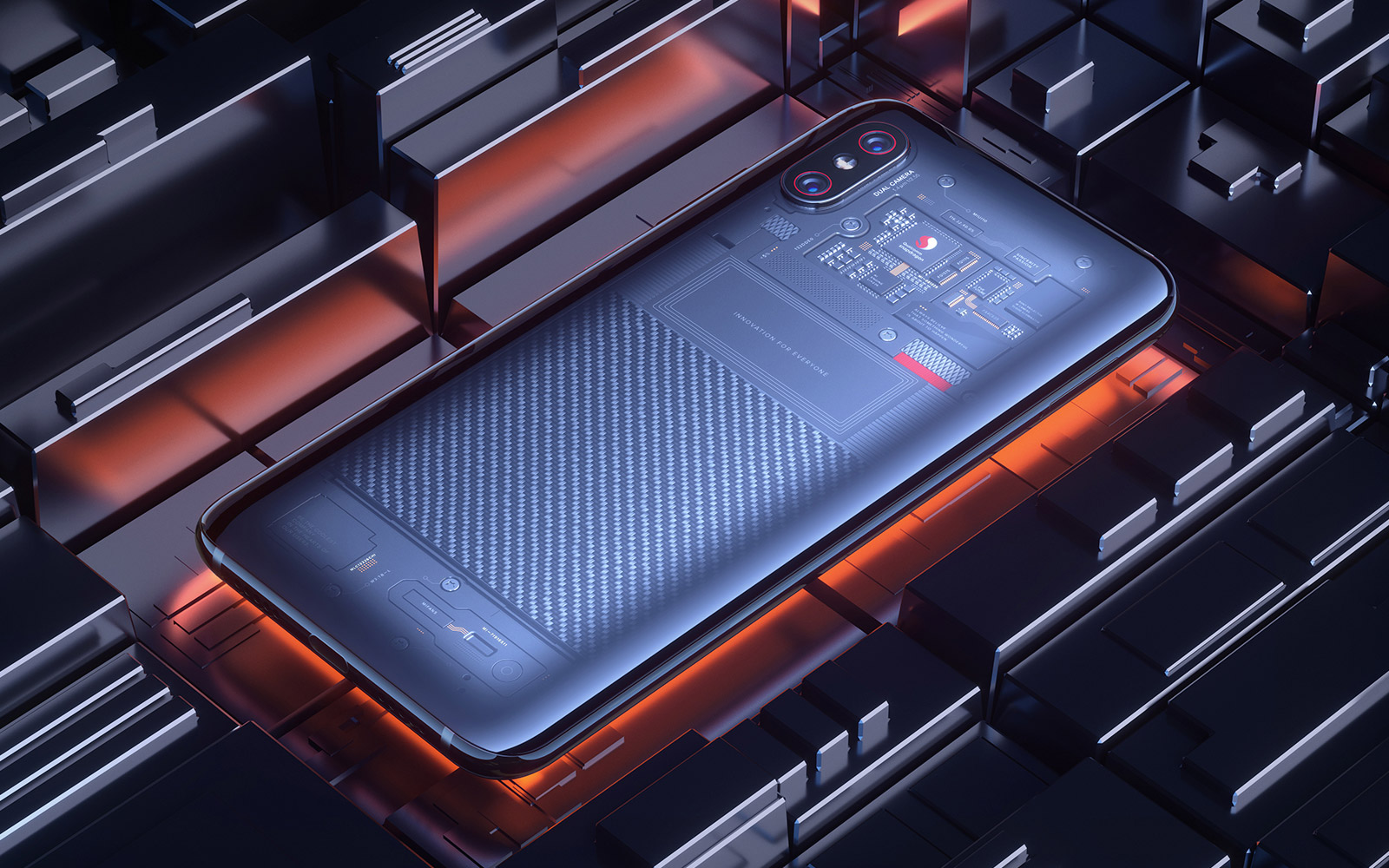 Xiaomi may have already released the Mi Mix 2S earlier this year, but it's actually kept its true 2018 flagship, the Mi 8, for marking its eight anniversary -- hence the jump from last year's "Mi 6." As announced in Shenzhen today, the new handset starts at 2,699 yuan (about $420) and comes in a familiar-looking dual-sided glass design, with the most notable difference being the new vertical dual camera -- exactly the same module found on the Mix 2S, according to Xiaomi. And yes, there's a notch, which is for accommodating an infrared front camera for facial recognition, even when in the dark.

Additionally, there's a higher-end Mi 8 Explorer Edition which uses a more powerful 3D face scanner instead -- a first for Android smartphones. There's no word on how this compares to the iPhone X's TrueDepth camera, but their notches sure do look alike; not to mention that Xiaomi has also cooked up its own version of Animoji for this feature.

The bigger highlight of this version is its fully transparent back, which is used to reveal the phone's various chips, electrical components, rectangular NFC coil and battery -- one that's been reduced from the original version's 3,400 mAh to 3,000 mAh. For the sake of this cool look, there's no rear fingerprint reader; instead, this device uses the same Synaptics FS9500 in-display fingerprint sensor as the ones on Vivo's X20 UD and X21 UD, but this time, it is backed by pressure activation to save power. This is priced at 3,699 yuan or about $580 off-contract. 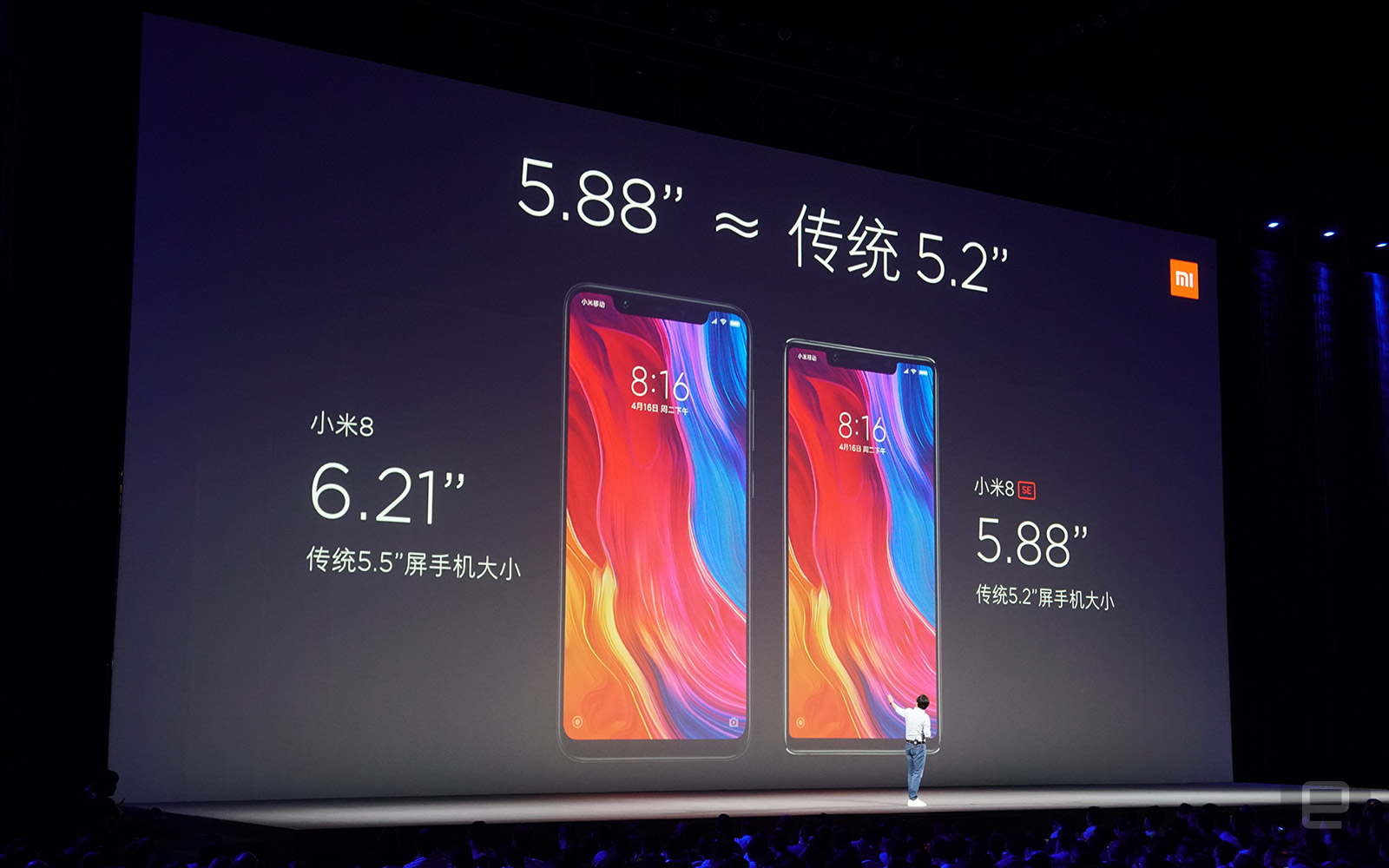 As you'd expect from the latest flagships, both flavors of Mi 8 come with Qualcomm's powerful Snapdragon 845 chipset, with the normal edition offering 6GB of RAM and up to 256GB of storage, and the Explorer Edition -- due to arrive at a later date -- with 8GB of RAM but just 128GB of space. They carry a 6.21-inch 2,248 x 1,080 AMOLED screen with 600-nit brightness, and it takes up a good 86.68 percent of the front side, leaving a small chin at the bottom.

The Mi 8 is also the world's first smartphone to support dual-frequency GPS: By leveraging the newer, more powerful L5 band on top of the common L1 band, Xiaomi claims that navigation accuracy is three to five times higher. 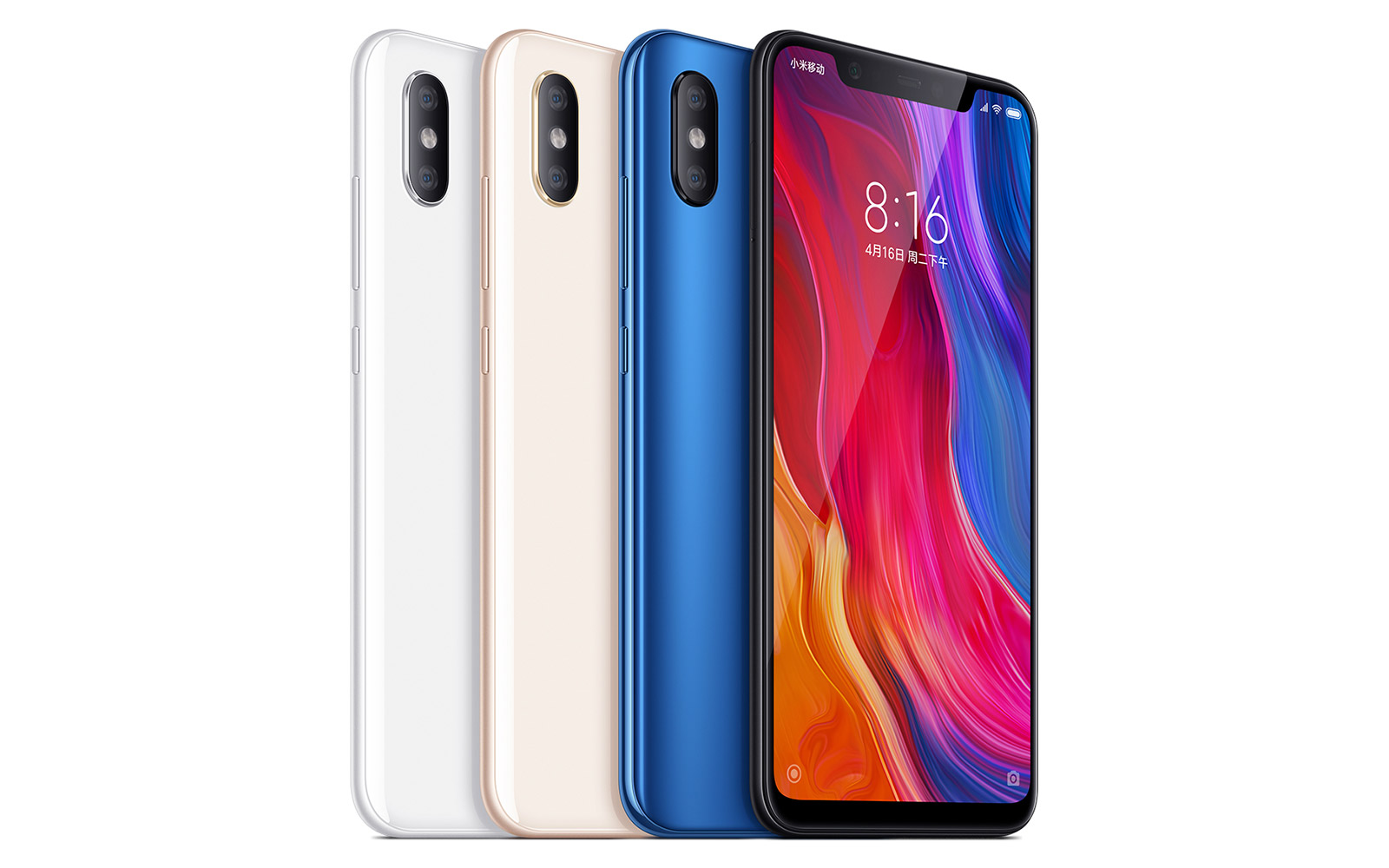 As mentioned, the Mi 8 models have dual-12-megapixel f/1.8 main cameras with large 1.4um pixel sites, along with a 20-megapixel f/2.4 front camera that uses pixel binning to combine four pixels to one, in order to simulate the efficiency of 1.8µm pixels using its actual 1.0um ones. These are enhanced by Xiaomi's AI-enabled studio lighting -- very much like those offered on the iPhone X -- as well as the latest beautification software for prettier portraits.

Other specs include NFC, Quick Charge 4.0+ compatibility (though both versions only come with an 18W Quick Charge 3.0 charger), dual Nano SIM slots and Bluetooth 5.0 with aptX HD. Sadly, unlike the Mix 2S, there's no wireless charging to be found here. 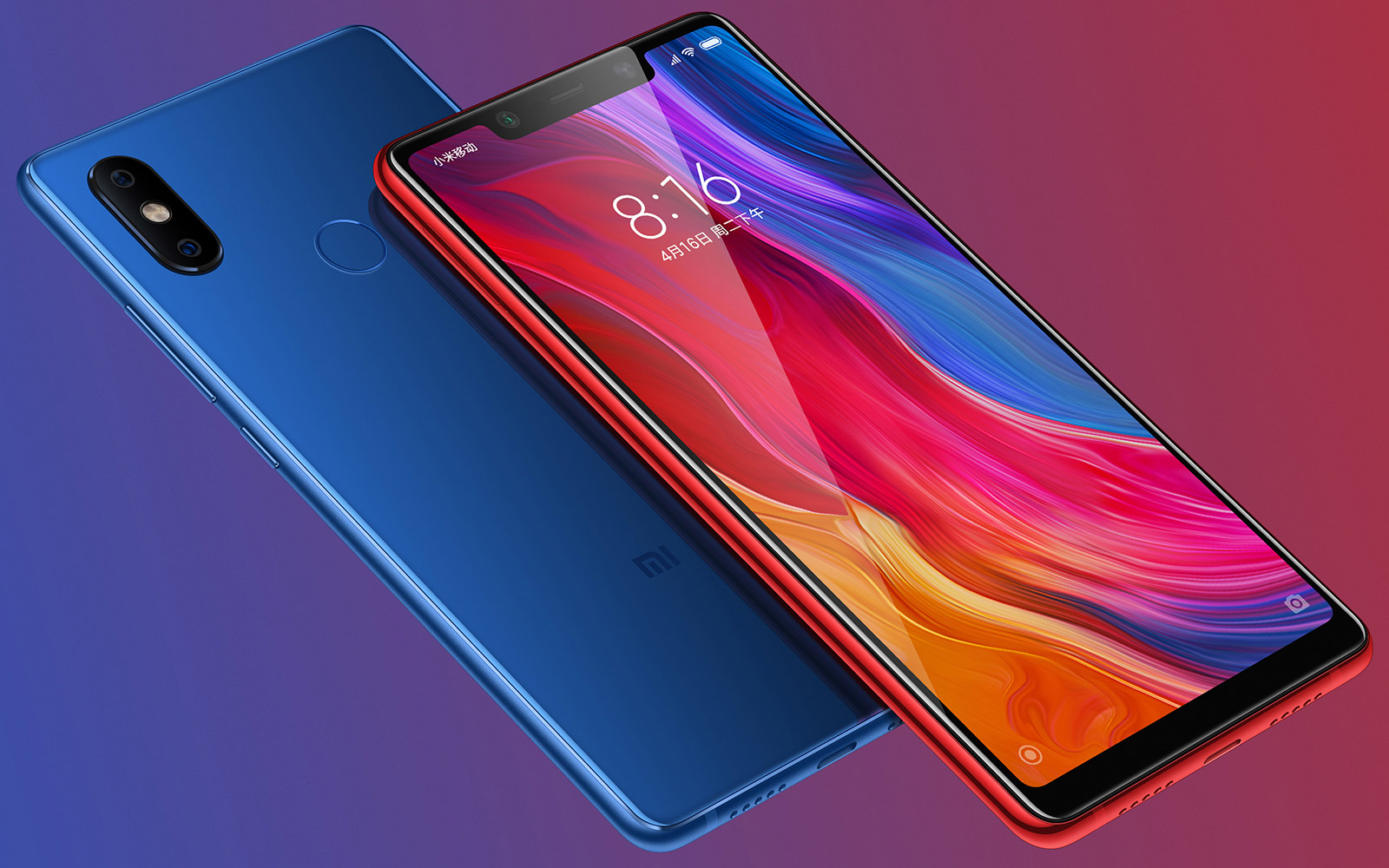 Last but not least, Xiaomi also unveiled the Mi 8 SE for budget-conscious folks who don't mind its smaller 5.88-inch 2,244 x 1,080 AMOLED screen -- it still reaches 600 nits in high brightness mode, anyway. This happens to be the first device to be powered by Qualcomm's new Snapdragon 710 chipset, which is made with 10nm process for better efficiency -- so the 3,120 mAh cell should be plenty -- while still packing a dedicated AI engine. It has 12MP/5MP dual cameras on the back, and a 20-megapixel selfie camera on the other side. This model starts at 1,799 yuan or about $280.

It goes without saying that none of these devices are immediately available in the West just yet, but if all goes well, they may show up in the UK and Europe in the very near future, and perhaps even in the US by the end of the year.

In this article: exploreredition, FS9500, gear, mi8, mi8exploreredition, mi8se, miui, miui10, mobile, smartphone, synaptics, transparent, xiaomi
All products recommended by Engadget are selected by our editorial team, independent of our parent company. Some of our stories include affiliate links. If you buy something through one of these links, we may earn an affiliate commission.