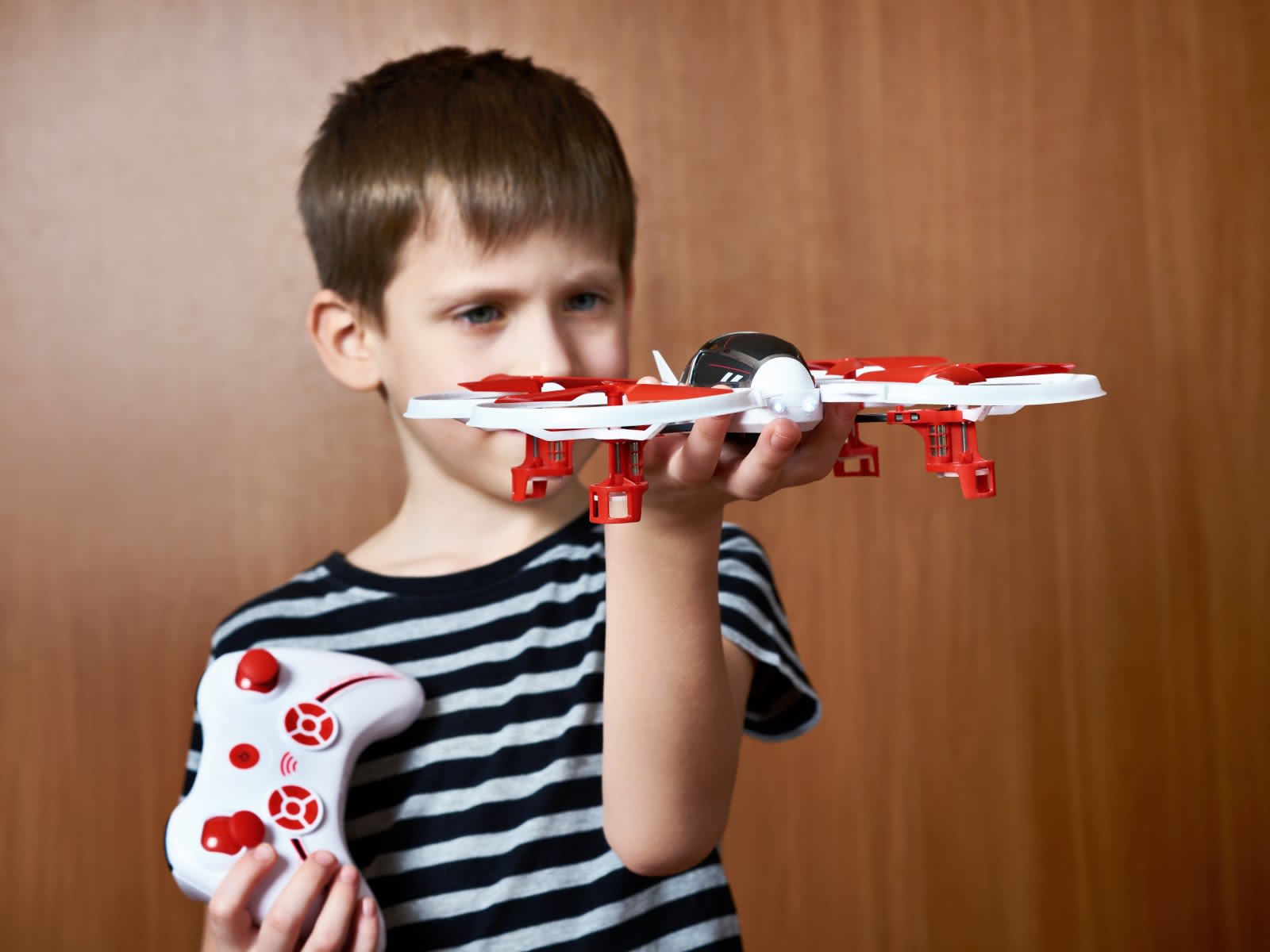 The UK government could ban kids from owning drones weighing over 250g (0.55 lbs), under rules drawn up by the Department for Transport. The proposals suggest children could fly a heavier drone under adult supervision if someone older owns and has registered it. The age limit could be pegged at 18, partly because that's the minimum age for most insurance policies.

Officials are consulting on a number of drone-related proposals, with a view to publishing a Drones Bill later this year. Proposals that are being considered include online safety tests and required registration for drones weighing over 250g -- that falls in line with FAA registration rules in the US.

There are also suggestions to let police seize drones (as the Department of Homeland Security may soon have the power to do) and fine reckless pilots with on-the-spot tickets. Other proposals include "counter-drone technology to protect public events and critical national infrastructure and stop contraband reaching prisons," along with a requirement to file flight plans using apps before take off.

The UK has already banned drones from flying at above 122m (400 feet) or within a kilometer of airport boundaries. People who break those rules after July 30th can be slapped with fines of up to £2,500 and a prison sentence of up to five years. The number of near-misses with manned aircraft is growing, as there were 25 percent more incidents last year than in 2016.

The consultation documents note that the drone industry could be worth £42 billion to the UK by 2030, and the bill is about ensuring safety while still allowing bandwidth for the industry to grow. The Association of Remotely Piloted Aircraft Systems had some qualms about the proposals, however, telling the BBC that while safety was important, kids "are the future of the drone world, so it's also important they can have access to drones and use them."

Via: BBC
Source: UK government
In this article: children, departmentfortransport, drone, dronebill, drones, dronesbill, gadgetry, gadgets, gear, kids, politics, ukgovernment
All products recommended by Engadget are selected by our editorial team, independent of our parent company. Some of our stories include affiliate links. If you buy something through one of these links, we may earn an affiliate commission.