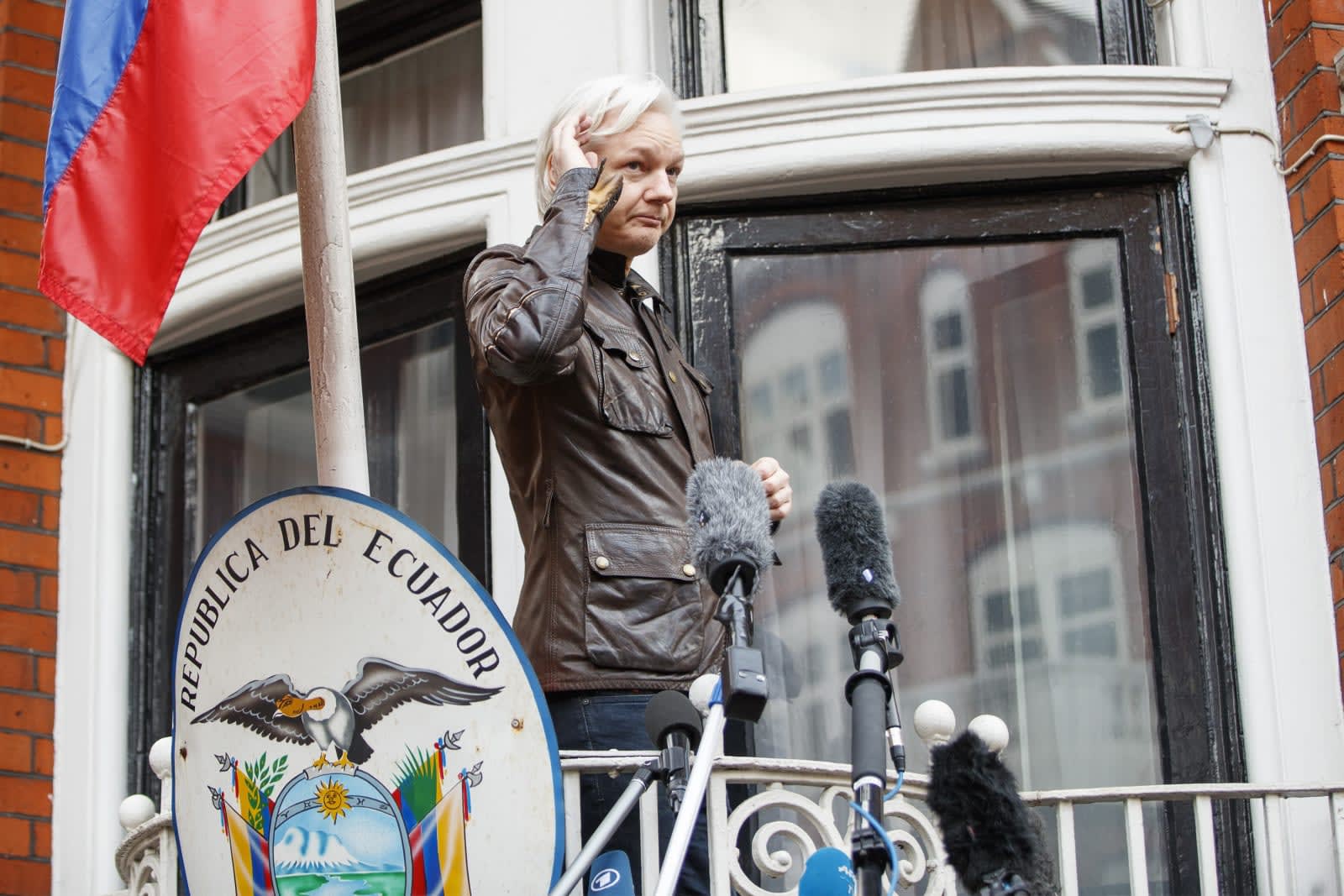 It's been evident for a while that the current Ecuadorian government isn't so fond of WikiLeaks founder Julian Assange staying in its London embassy to avoid extradition, and now he may be close to getting the boot. Sources speaking to both the Times of London and CNN state that Assange is facing "imminent" expulsion. It's not certain when he might leave (if he does at all), but his team is reportedly prepping plans if he had to leave within "hours, days or weeks," according to the Times. The situation is "untenable," as CNN puts it -- and not just because of politics.

There's a degree of additional pressure following the US' indictment of 12 Russian officers over election-related hacking -- the charges offered not-so-subtle hints that investigators believed Russia coordinated the leak of hacked data with WikiLeaks to maximize its impact. However, Assange's legal team also asserted that his health is "deteriorating" after six years of living in the same place, with few chances to experience natural light. He didn't help matters when he lost internet privileges in March for violating Ecuador conditions forbidding political commentary, further cutting him off from the outside world.

Just what happens in an expulsion isn't clear. While Sweden suspended the sexual assault case that prompted Assange to hide in the Ecuadorian embassy, there has been talk of the US prepping espionage charges against him. CNN has confirmed that the UK is in "ongoing" negotiations with Ecuador and the US to make sure Assange isn't in danger if he leaves, but there's no guarantee that he'll exit with those kinds of promises in place. Short of a successful court objection, Assange might might face a prompt US extradition regardless of his condition.

Via: Business Insider
Source: Times of London (sign-in required), CNN
In this article: ecuador, gear, internet, julianassange, politics, russia, uk, wikileaks
All products recommended by Engadget are selected by our editorial team, independent of our parent company. Some of our stories include affiliate links. If you buy something through one of these links, we may earn an affiliate commission.