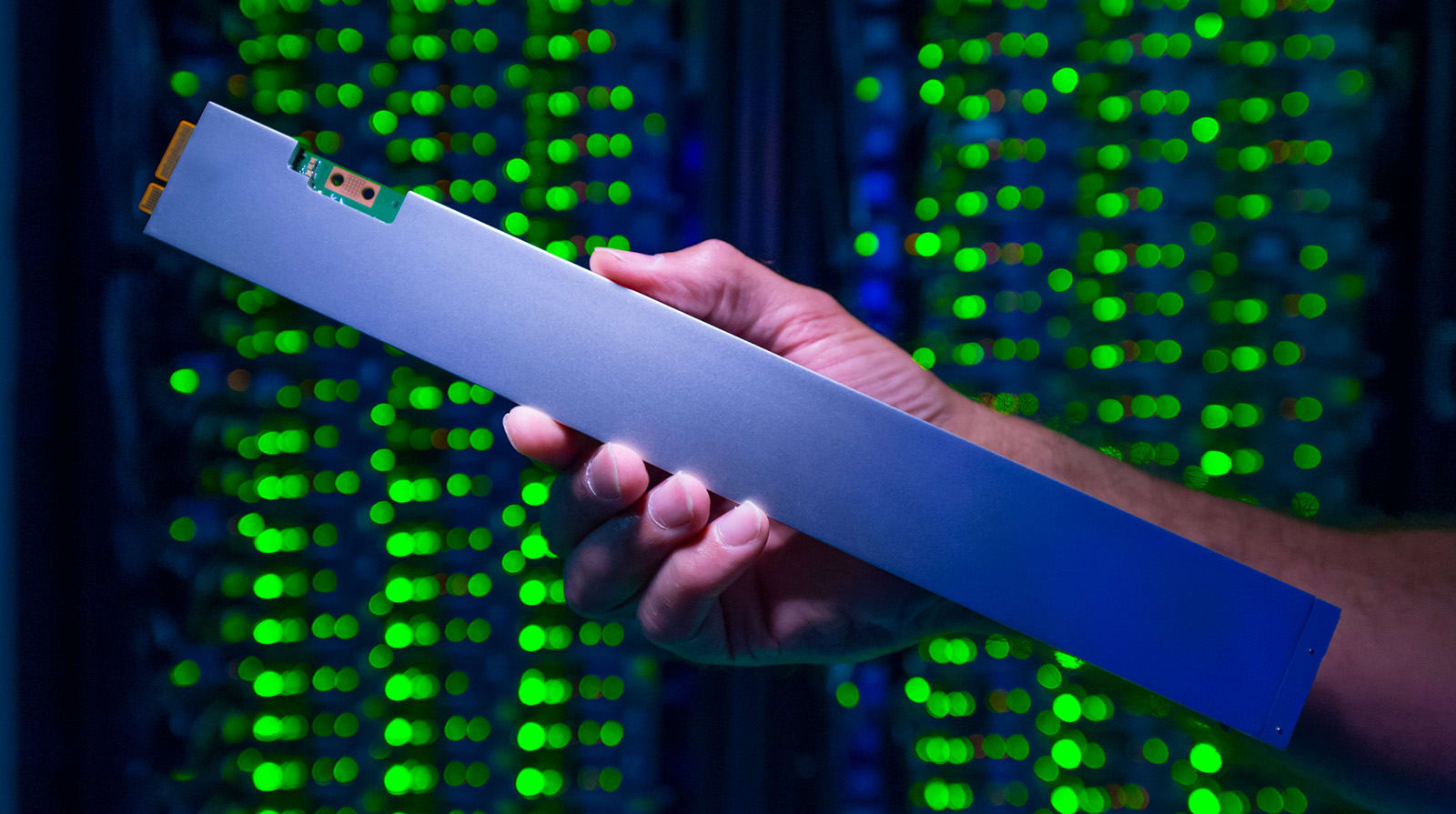 Intel has unsheathed its first "ruler" SSD, a bizarre device with a 12-inch long housing and colossal amount of storage. Intel created the new form factor last year to cram as much storage as possible into a "1U" server form factor, with optimal thermal efficiency. The DC P4500 is the first drive with that design and fits 32TB into one twentieth the space that regular hard disks would take up, while consuming a tenth the power.

Intel notes that 32 of the SSDs could be lined up side by side to store a petabyte in a single server slot. At the same time, the device's unique shape means that it requires only half the airflow of regular SSDs to keep cool. "This is one of the reasons some of the world's biggest data companies -- IBM, Microsoft and Tencent -- are using the new 'ruler' SSD to support their cloud and data center operations," Intel said.

SSD's are advancing more rapidly than most other kinds of tech, both for consumers and cloud providers. Prices have stayed kind of stuck recently, but Samsung, for one, just unveiled a 4TB SSD that uses 1 terabit chips, and promised they would "herald a massive move to terabyte-SSDs for consumers." You'll still have to wait a while for your own 32TB SSD, though.

Source: Intel
In this article: 32TB, 3dNAND, DCP4500, gear, intel, personal computing, personalcomputing, Ruler, SSD, Storage
All products recommended by Engadget are selected by our editorial team, independent of our parent company. Some of our stories include affiliate links. If you buy something through one of these links, we may earn an affiliate commission.