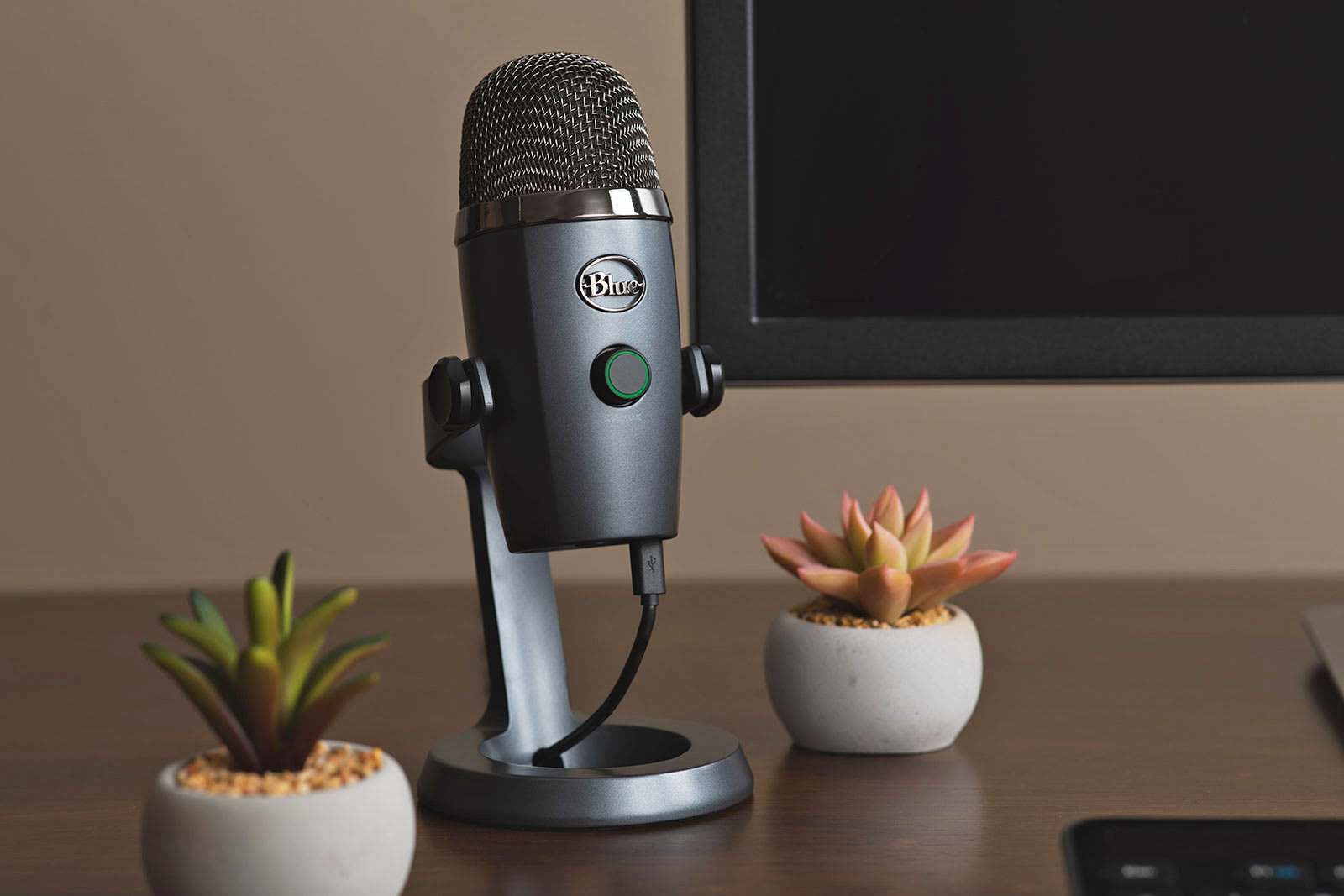 When it comes to podcasting and livestreaming, USB microphones are a great option due to their plug-and-play design. And perhaps no name is more synonymous with these recording devices than Blue Microphones. The company that's best known for it's popular Yeti and Snowball modes (in addition to a line of pro-level studio mics) is introducing its first new product since it was purchased by Logitech for $117 million last month. Meet the Yeti Nano.

Earning its name from the company's best-selling USB microphone, the Yeti, the Yeti Nano is a more compact option that not only simplifies the on-board controls, but will also save you a few dollars. At $100, the Yeti Nano is $30 less than the Yeti, but a lower investment doesn't mean sacrificing your sound. This new model is still designed for all of your podcast, livestream, Skype call and voiceover needs.

Thanks to two condenser capsules, you can expect "studio-quality sound" according to Blue. Indeed, the Yeti Nano supports 24-bit/48kHz recording to keep things sounding pristine. Of course, in addition to audio quality, the microphone is also offers a quick and easy setup. Simply plug it in and select it as your input device and you're ready to record. Blue has a knack for keeping things simple, and you shouldn't expect that to change here. 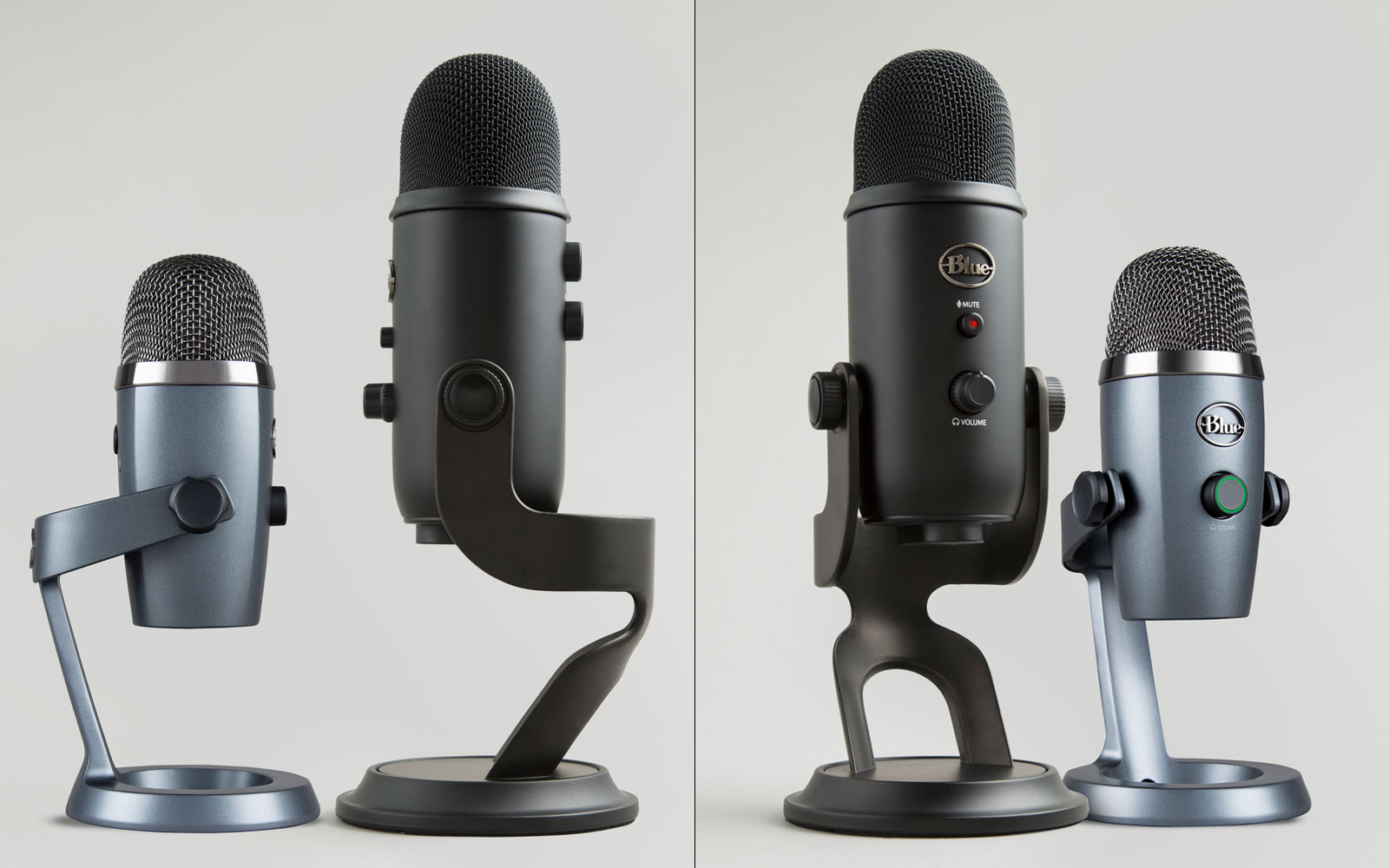 In addition to the smaller size, the on-board controls from the Yeti have been simplified on the Yeti Nano. Up front, the headphone/monitoring volume knob and mute switch have been combined in a single, multi-function dial. Turn it to adjust volume and press it to mute the microphone. There's still a visual indicator when the mic is hot: a ring around the knob will glow green when it's active and changes to red when the device is muted.

Around back, there's a button to select between two polar pattern modes. Yes, the original Yeti offers four, but here you can choose between Cardioid and Omnidirectional options depending on if you're recording solo or in a roundtable situation. There's no gain control on the Yeti Nano; however, with this new model, Blue is also debuting its Sherpa audio app. With that piece of software, you can adjust the gain and levels, change the microphone pattern and tweak sample rates. The app will only accommodate the Nano right now, but support for Blue's full line of USB microphones is on the way. Honestly, the lack of an on-board gain control isn't an issue for me -- and likely won't be for you -- since that's an adjustment most people tend to make before hitting the record button. 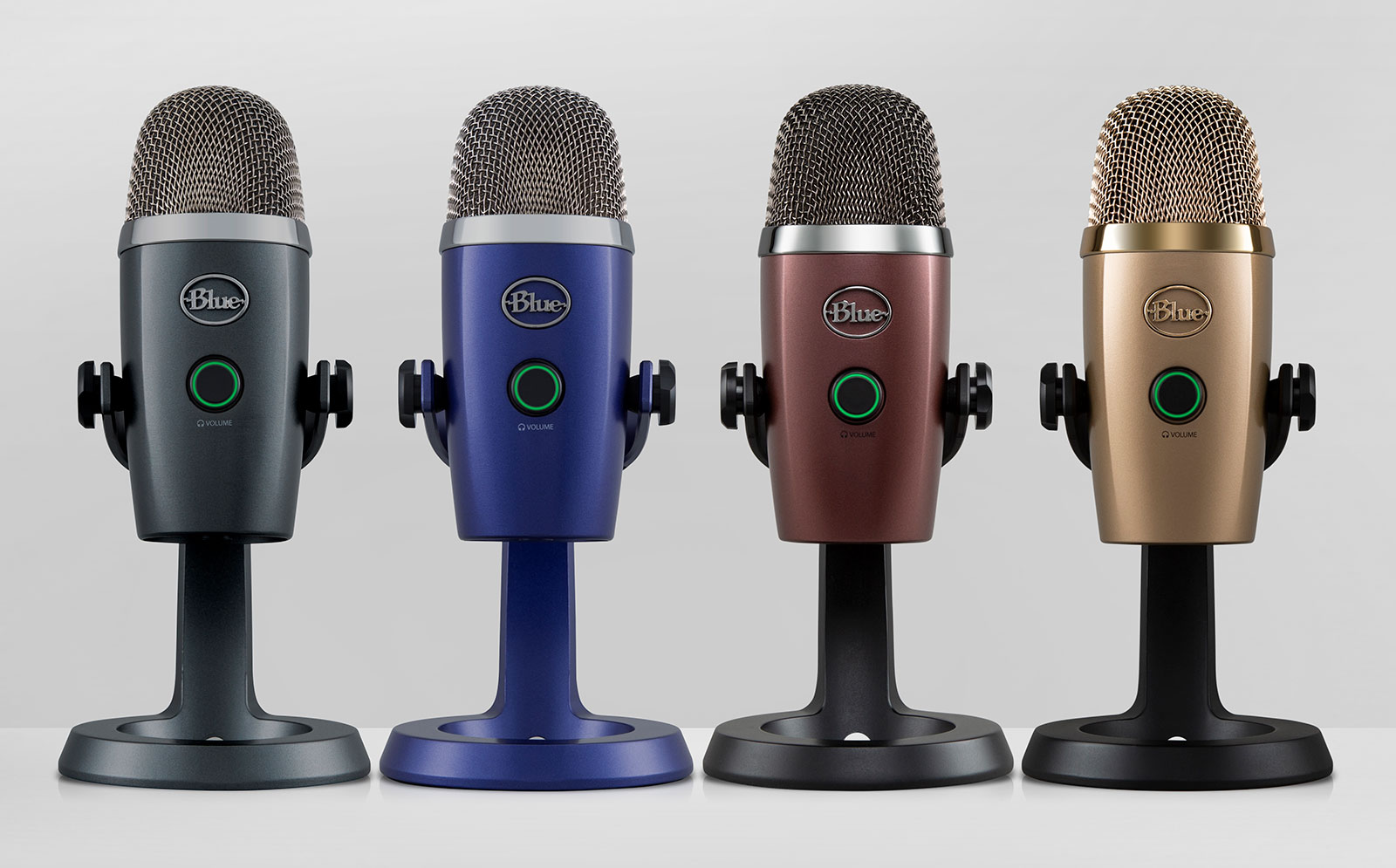 A headphone jack resides on the bottom of the mic for keeping tabs on the audio, and there's a USB jack for connectivity. Like many of Blue's other microphones, you can also remove the Yeti Nano from the included stand and attach it to a boom arm or other mic stand to suit your needs. You'll need an adapter to do so, but there's one included in the box.

The best part? The Yeti Nano is available now from all the of the retailers where you typically shop for the company's gear That includes Amazon, Best Buy, B&H, Fry's Electronics, Newegg and more. The new microphone will eventually be available in four colors -- Shadow Grey, Vivid Blue, Red Onyx and Cubano Gold -- but only the grey version is on shelves at the moment.

In this article: audio, av, blue, BlueMicrophones, bluemics, gear, mic, microphone, podcast, recording, streaming, usb, yetinano
All products recommended by Engadget are selected by our editorial team, independent of our parent company. Some of our stories include affiliate links. If you buy something through one of these links, we may earn an affiliate commission.