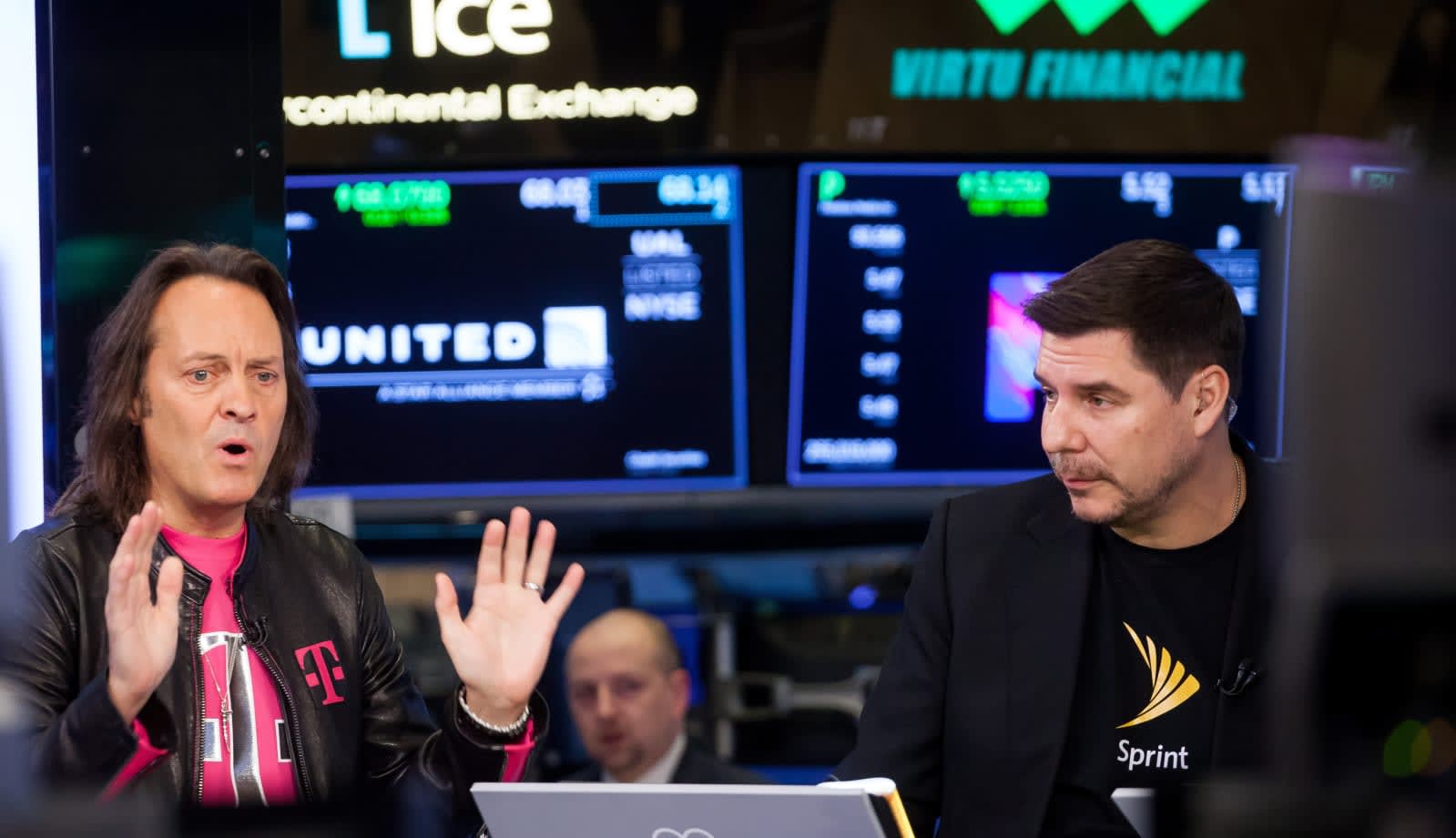 The FCC just announced it's "pausing the Commission's informal 180-day transaction shot clock" on the merger between Sprint and T-Mobile. The reasoning for this apparently comes from material submitted only recently by the companies, that break down a planned network engineering model, as well as T-Mobile's "Build 9" business model explaining the deal's financial backing. According to the FCC's letter, it didn't get all of the information about this until September 5th and is still awaiting additional economic modeling from T-Mobile, so it needs more time for staff and third parties to review everything.

After years on on-and-off talks, in April the two announced their plan to combine forces just as 5G wireless technology takes over. Then, both companies submitted their initial pitch to the FCC back in June. The Justice Department also needs to decide whether it will allow the merge to occur without a challenge, and now it's unclear how long a full review may take.

Update: T-Mobile and Sprint have responded, saying they look forward to working with the FCC. You can find the full statement below.

We appreciate that the FCC is taking the time necessary to fully understand the merits of the T-Mobile and Sprint merger. The additional review time is common to FCC merger reviews and we recently supplied a large amount of data to the FCC that they want sufficient time to assess. We are confident that this transaction is pro-competitive, good for the country and good for American consumers, and we look forward to continuing to work with the FCC as they evaluate our plans.

Source: FCC
Coverage: CNBC, Reuters, Wall Street Journal
In this article: business, fcc, gear, merger, mobile, pause, shotclock, sprint, t-mobile, TL19TMOMERG, verizon
All products recommended by Engadget are selected by our editorial team, independent of our parent company. Some of our stories include affiliate links. If you buy something through one of these links, we may earn an affiliate commission.