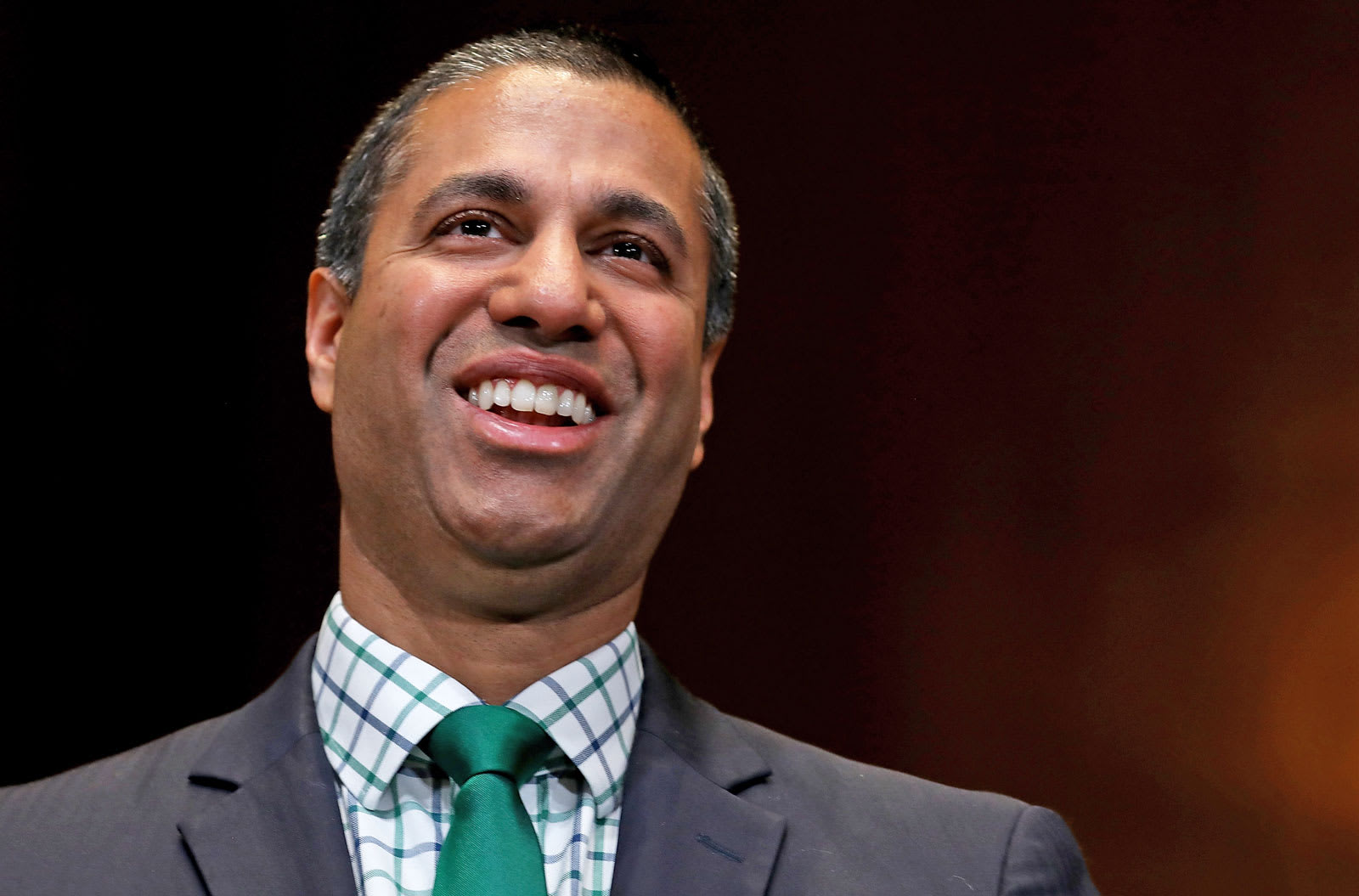 The FCC is facing a lawsuit over its repeal of net neutrality, an action brought forward by 22 states, Washington, DC and a number of other local governments, rights groups and businesses. Now, the agency and the US Department of Justice have weighed in, filing a 167-page document late Thursday evening in support of the FCC's decision. Reuters reports that the DOJ's comments note the lawsuit offers "no substantial reason to second-guess the commission's decision to eliminate rules that the agency has determined are both unlawful and unwise."

The FCC voted last December to remove net neutrality protections including bans on throttling, blocking and paid prioritization. The new regulations went into effect in June, but a number of states have been working to get around them, despite the FCC's declaration that states can't enact rules that contradict its own. Some states have incentivized ISPs to abide by net neutrality by withholding government contracts from those that don't. Others, however, have passed their own net neutrality legislation.

Last month, California enacted a new law that largely restores the protections repealed by the FCC, a move that supporters have championed. But FCC Chairman Ajit Pai has called the law "illegal" and the state has since been sued by both the Department of Justice and industry groups representing companies like AT&T, Charter, Comcast and Verizon.

The FCC and DOJ urged the US Court of Appeals for the District of Columbia to deny the plaintiffs' petition for review. The court is set to hear arguments for the lawsuit in February.

Via: Reuters
Source: Washington Post
In this article: DepartmentOfJustice, FCC, gear, internet, lawsuit, NetNeutrality, politics, verizon
All products recommended by Engadget are selected by our editorial team, independent of our parent company. Some of our stories include affiliate links. If you buy something through one of these links, we may earn an affiliate commission.