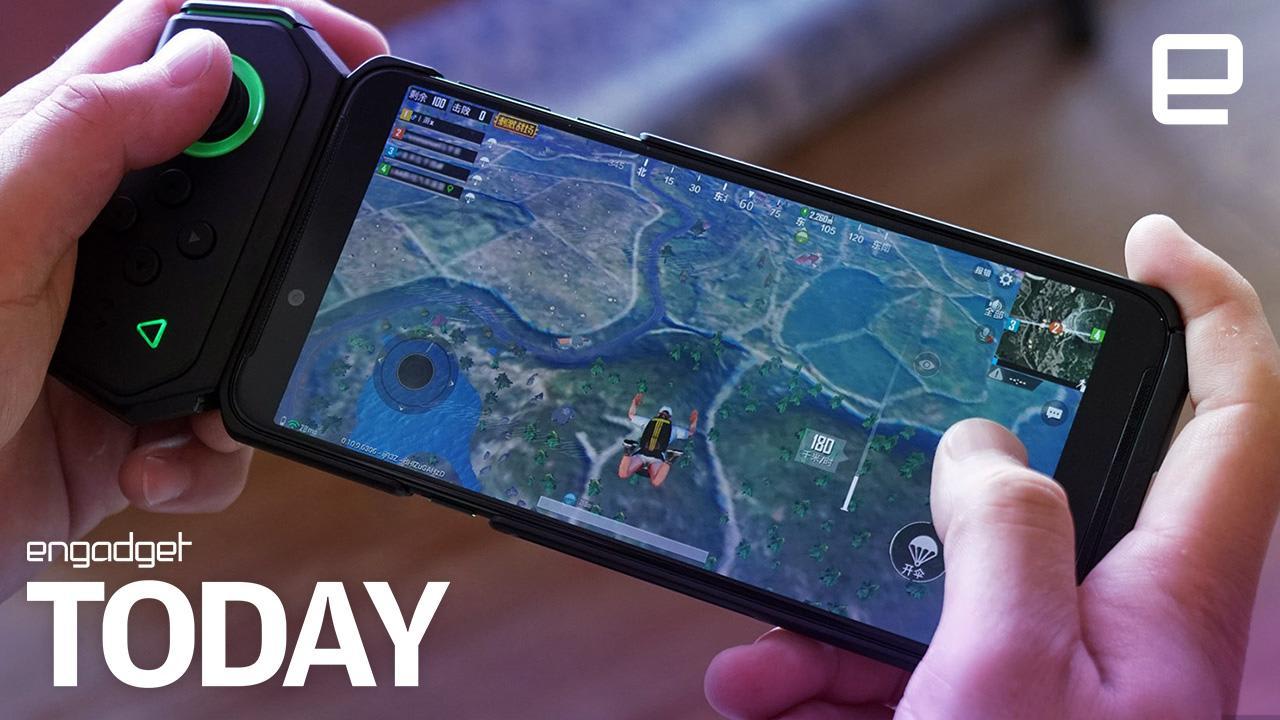 We've already seen the likes of Razer and ASUS making a push in the gaming smartphone market, but what you probably don't know is that Xiaomi has also been somewhat involved in this space -- just not with its own identity. Dubbed Black Shark, this startup has been leveraging Xiaomi's investment and smartphone manufacturing know-how, with the first result being a bold-looking gaming phone back in April. Fast forward to today, Black Shark is already back with a beefier model called Helo, and it's shaping up to be a prettier package both externally and internally. Much like the earlier device, the Helo is powered by Qualcomm's Snapdragon 845 and is backed by vapor-chamber cooling for smoother gameplay, plus it still has a nice 4,000mAh battery with Quick Charge 3.0, along with a pair of front-facing speakers which is great for all sorts of entertainment. Likewise, you get the same 12MP 1.25um f/1.75 + 20MP main camera combination (but now aligned vertically along the middle above the rear fingerprint reader), along with a 20MP 1um f/2.2 front camera. Another familiar feature here is the "Shark" mode toggle switch on the left: Flip it on and you'll be greeted by a UI plus various system settings optimized for gaming.

What's new this time is that everything else has been given a little boost under this relatively more low-profile hood, with the memory ranging from the usual 6GB all the way up to 10GB (LPDDR4X, 1,866MHz), and storage space going from 64GB all the way up to 256GB (UFS 2.1). Another major upgrade is that the old 5.99-inch 2,160 x 1,080 LCD has been replaced by a more vibrant 6.01-inch AMOLED panel of the same resolution. 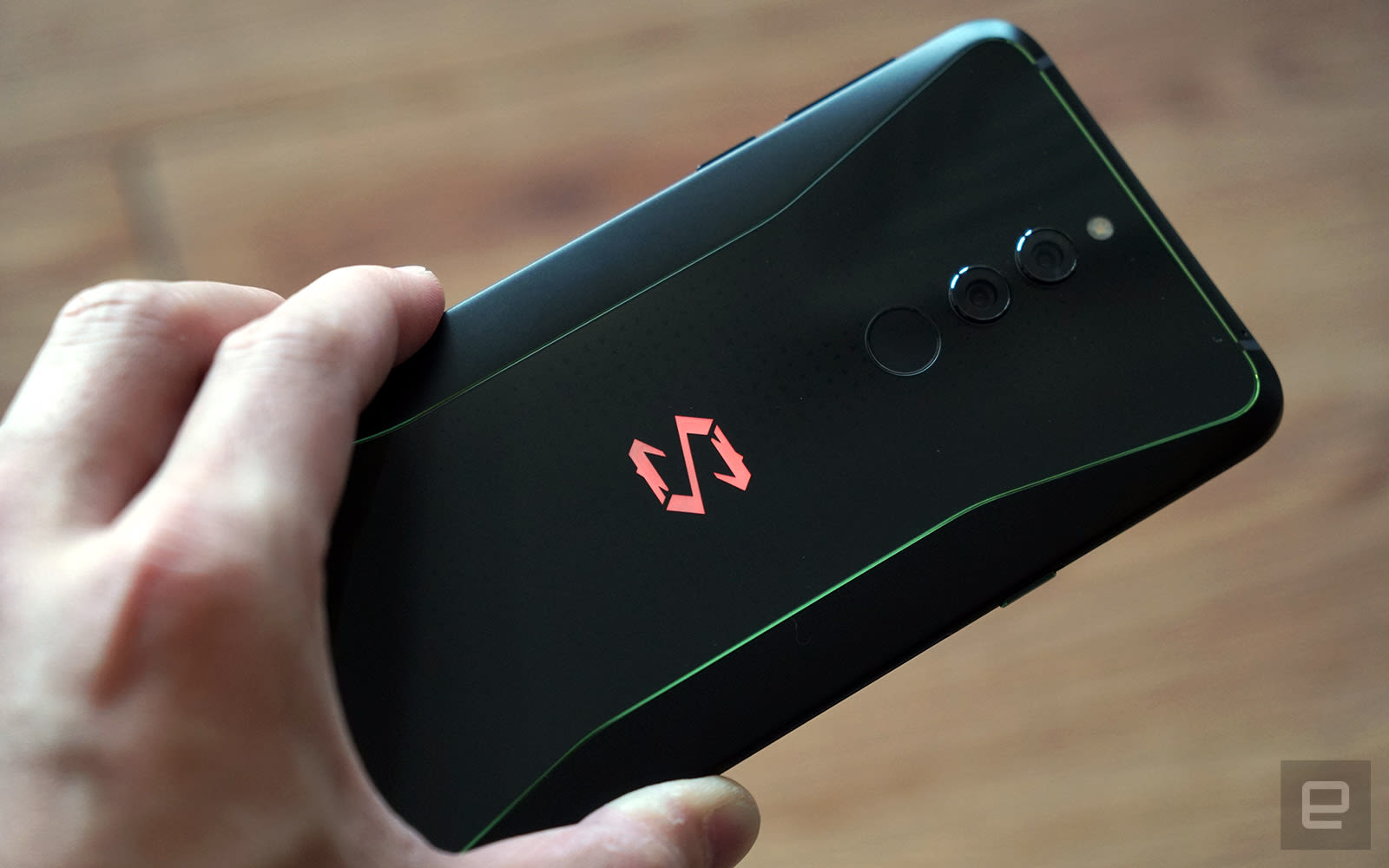 And let's not forget about the new RGB lights here. Like the Razer Phone 2 and ASUS ROG Phone, the Helo features a customizable backlit logo on the back as well, though at the time of trying this unit, the colors were limited to just eight options instead of the full 16.8 million range. At least I was still able to pick other blinking patterns and control the brightness. There is also a short LED strip on both sides of the phone, and these are supposed to react to gameplay, but again, the prototype could only light them up upon toggling to gaming mode.

The most interesting part of this package is the Bluetooth game controller. With the phone placed in the bundled protection case, you can slide the controller down the slit along the phone's top side, and this gives you more precise thumb control via the joystick along with left shoulder triggers, while also giving you more viewable screen space. 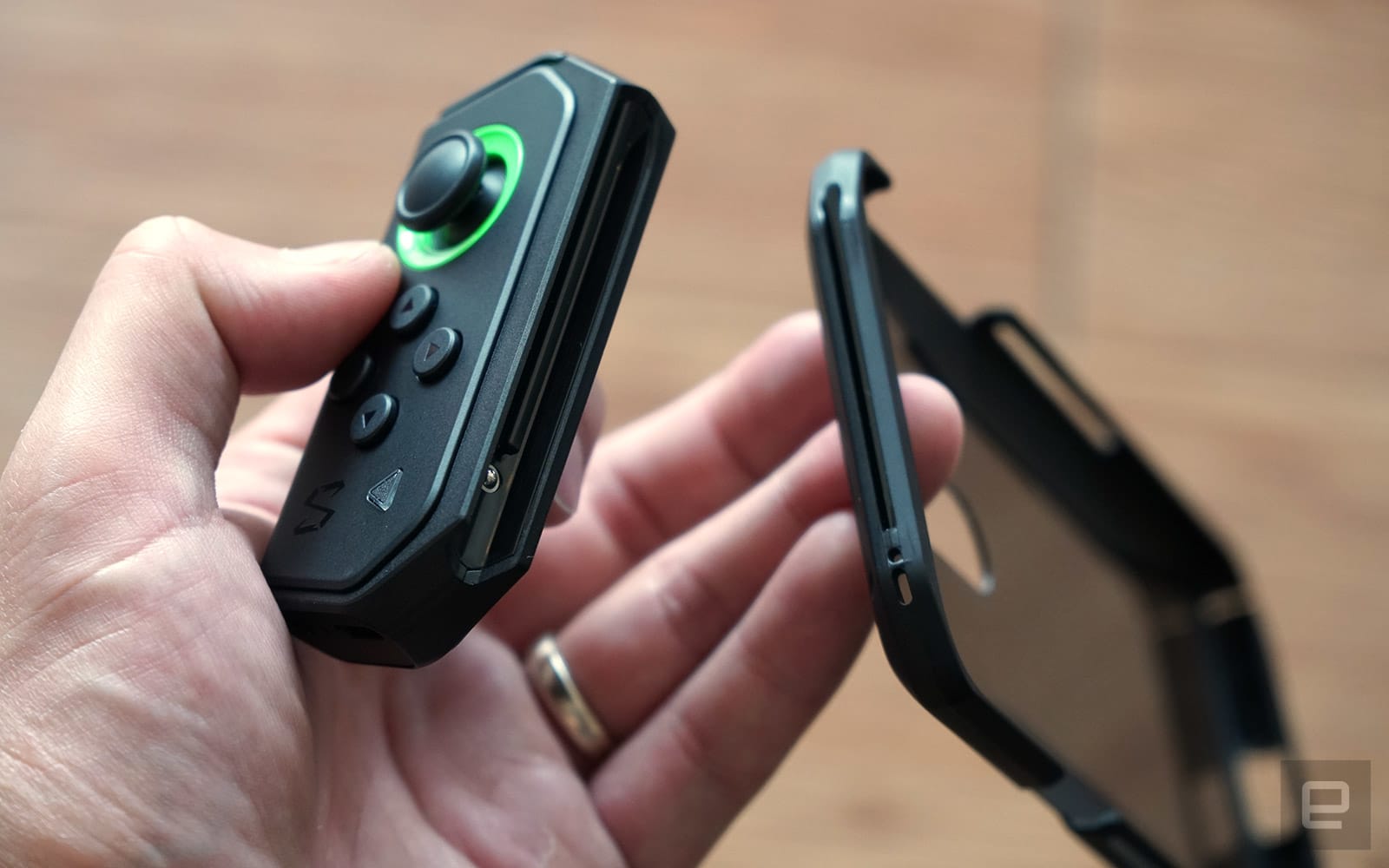 During my brief hands-on, I got to try this accessory in a quick round of PUBG, and it was a blast until my avatar got gunned down -- I just need more practise. And of course, when you're done with such hardcore gaming, simply slide the controller out, and you can keep the case on if you wish to. I also got to compare a similar implementation on the original Black Shark, and I must say, the new one had a more comfortable grip plus a more solid build quality.

Sadly, the Black Shark Helo is only available in China for now. It starts from 3,199 yuan or about $460 (6GB RAM, 128GB storage) which is still rather competitively priced given the features. Then it goes all the way up to 4,199 yuan or about $605 for the "Sports Edition" with a whopping 10GB of RAM, 256GB of storage plus a right-hand controller as well, though this won't arrive until December 12th, meaning it might not be the first 10GB RAM device to hit the market -- maybe that title will go to the upcoming Xiaomi Mix 3 or a variant of Oppo's Find X instead.

In this article: AOLoriginals, blackshark, blacksharkhelo, china, DailyShow, Engadget, EngadgetToday, EngadgetVideo, entertainment, gaming, gear, hands-on, helo, mobile, smartphone, xiaomi
All products recommended by Engadget are selected by our editorial team, independent of our parent company. Some of our stories include affiliate links. If you buy something through one of these links, we may earn an affiliate commission.