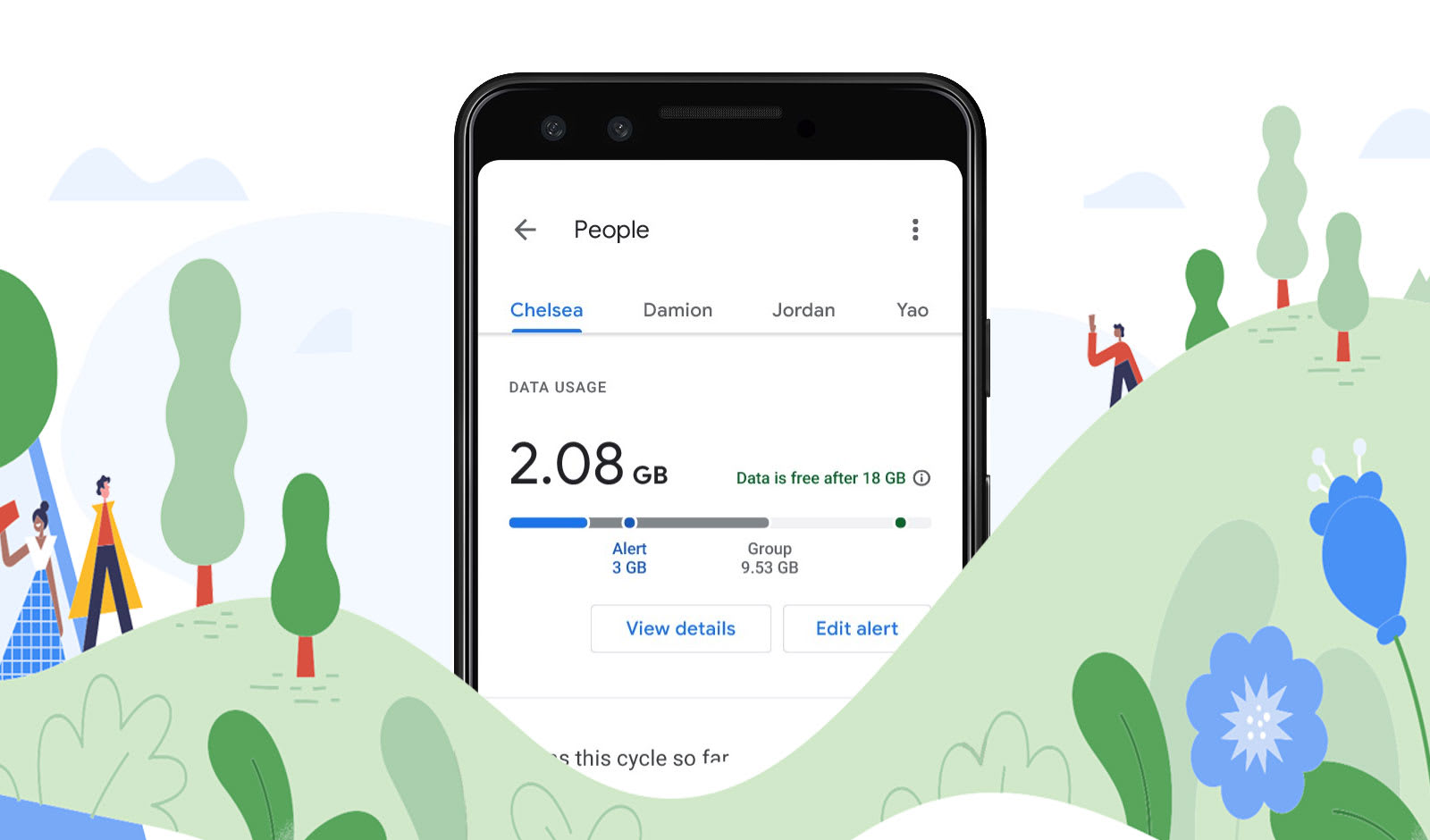 Three years after its debut, Google's Fi is no longer just a "project." The company announced today that its wireless service has matured enough to not only get a rebrand but also much wider device support. More important, not only will Fi be compatible with more Android phones, it'll work with the iPhone too (at least, it's in beta). It's a big step forward for Google Fi, which until today has been self-limited in reach. The question now is, will this be enough to get people to switch over?

As a reminder, Fi is an MVNO, or a mobile virtual network operator, that piggybacks on existing wireless networks to deliver service, similar to how Boost Mobile or Republic Wireless work. The big difference with Fi is that it switches between three wireless networks -- T-Mobile, Sprint and US Cellular -- instead of using just one. The idea is that it'll switch to the best-performing network wherever you happen to be.

The catch is that only certain phones are equipped with this ability to switch carriers dynamically. At the time of writing, those phones include any Pixel, the Moto G6, the LG V35 ThinQ, the LG G7 ThinQ and the Moto X4. If you don't have any of these phones, Fi will still work, but it'll stick to just one carrier: T-Mobile. 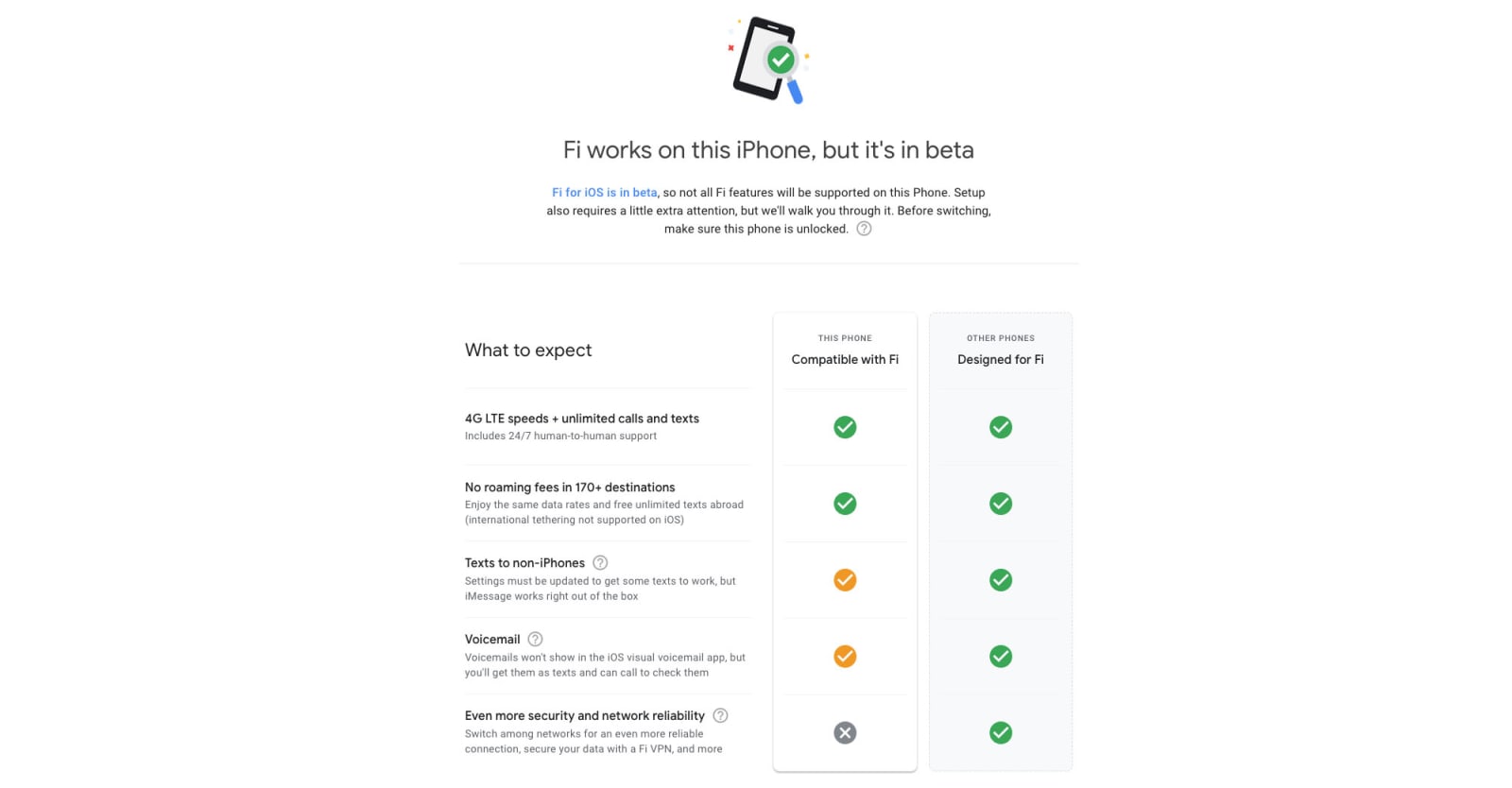 I should explain that even before today's announcement, you could get Fi to work with a nonsupported phone, and yes, I've used a Fi in an iPhone before too. But there were a few hoops you needed to jump through. For one, you needed the right data settings or some things just wouldn't work, like MMS or web browsing. You also had to have the Fi SIM activated in a supported phone to begin with, or it wouldn't work at all.

But now, that's no longer the case. However, there are still a few issues, especially for those with iPhones. At this point in time, the Fi support for iPhones is still in beta, and it shows. According to Google, iPhones with Fi are cut out of visual voicemail, won't be able to call or text over Wi-Fi (iMessage is exempt) and can't be used as a data hotspot outside of the US. Like a lot of other nonsupported devices, the iPhone also doesn't have the ability to switch carriers dynamically. Also, if you have an iPhone 5, 5c or older, you're out of luck entirely.

I popped a Fi SIM card into my iPhone XS and opened the Google Fi for iOS app that was released today. The app gave me sufficient warning that not all Fi features are supported on the iPhone and then walked me through the changes that I needed to make to my cellular-data settings. I changed the APN (access point name) values to "h2g2" and entered in a new URL for MMSC (multimedia messaging service center) as instructed, and voilà, I was able to send and receive text messages just as before. I also got on the web without much issue. I should note here though that Google did say that you'll likely have to adjust these settings every so often whenever there's an iOS update. Aside from that, you can also use the Fi app to check your data usage as well as your monthly statements. 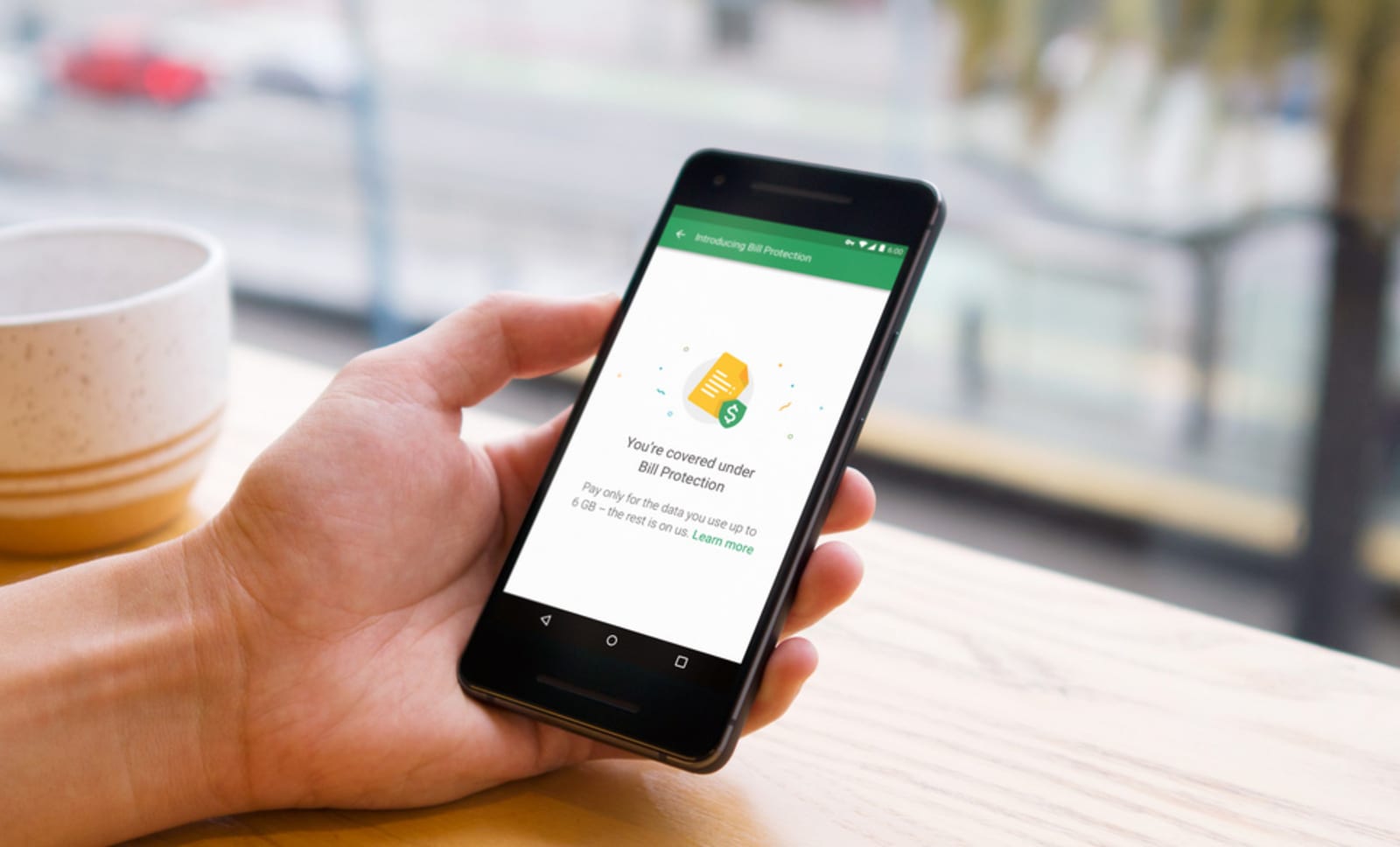 Clearly, the experience on the iPhone isn't perfect, and though it'll certainly be much better on previously "incompatible" Android phones (you might not have to change your data settings and international tethering is supported), they still won't have the dynamic carrier-switching, and you won't be able to route data through Fi's VPN like you would be able to on designed-for-Fi phones.

With so many caveats, why bother with Fi at all? Well, there are a few significant benefits. For one thing, if you live in the US and don't use a lot of data, then Fi could prove to be a good deal. You pay $20 a month for unlimited calls and texts and then $10 per GB until you hit 6GB of use, after which Google will stop charging you altogether. Google does kick you down to EDGE speeds once you hit the 15GB threshold (which the company claims only affects 1 percent of users), but you can also decide to pay $15 for every gig past 10GB if you really need all that speed and data.

That might sound like a lot of money, but in practice, it works out. I use Fi every so often on phones I'm testing and I usually pay about $30 or less a month since I'm almost always surrounded by WiFi. My co-worker, who uses Fi as his primary carrier, pays only $80 a month for him and his wife. That's a lot less than the $150 or so that I pay for me and my husband's monthly plan on T-Mobile. That's the beauty of the pay-as-you-go model instead of the monthly unlimited data catchall that most traditional carriers have. When I do go data heavy, I pay more. When I skimp, I pay less. That's the way it should be. 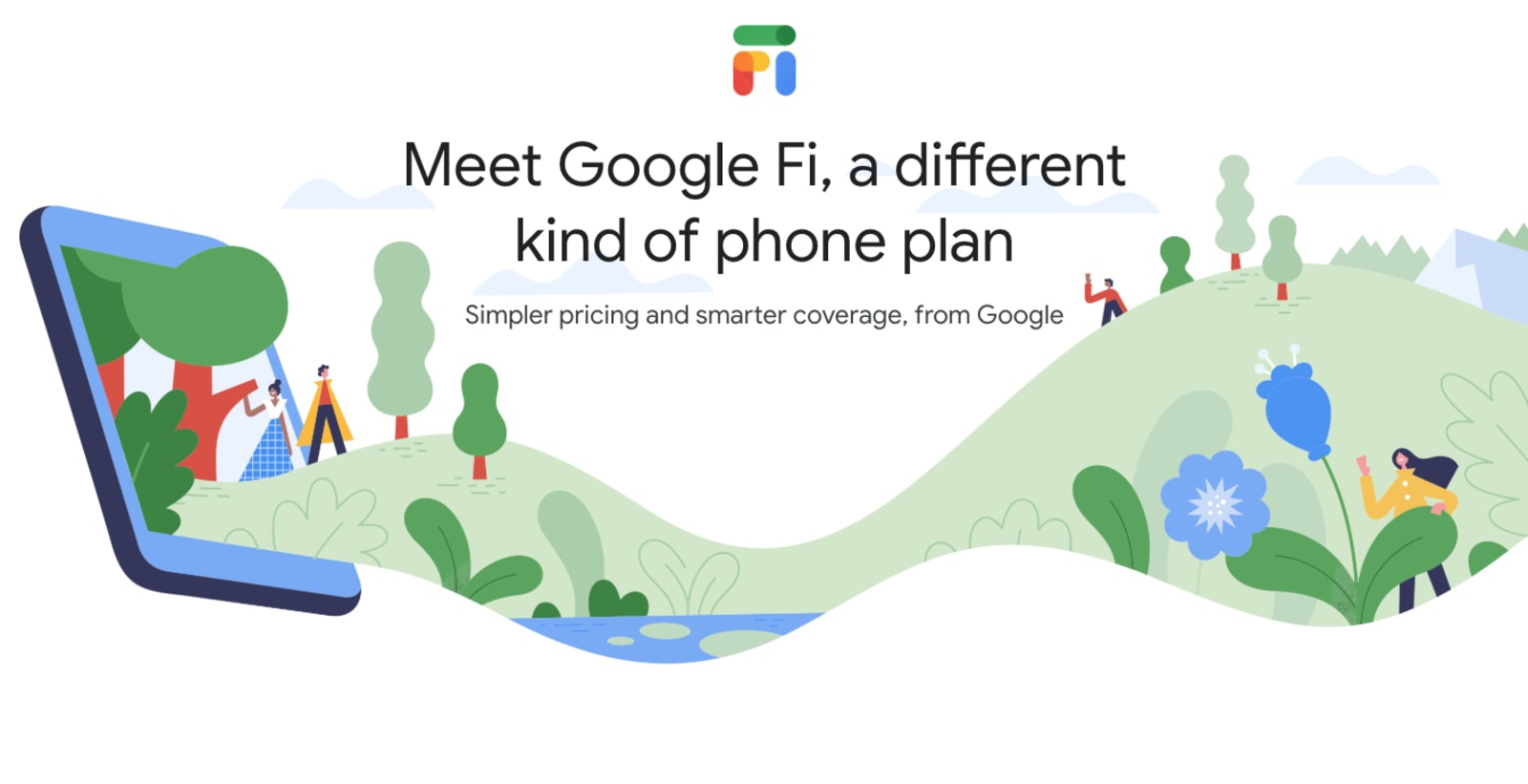 Fi really comes into its own when traveling abroad. Thanks to partnerships with carriers in more than 170 countries, that same $10 per GB of data usage is applied internationally as well. Calls cost 20 cents a minute, which is pretty expensive, but there are always alternatives like Skype or WhatsApp. T-Mobile has a similar international unlimited data plan where you don't pay per gigabyte, but you're relegated to 2G speeds. With Google Fi, at least, you'll enjoy LTE-level speeds abroad without having to pay more than you usually do.

Another big benefit is that you can order a data-only SIM for other devices like tablets, though this is bundled in with the collective 6GB data threshold. And when I decide I don't want Fi at all, I can cancel without having to make a phone call -- I can do it via the app or online.

Of course, Fi isn't for everyone, especially if you use a lot of data on a constant basis. And as I mentioned, if you use an iPhone, it's not exactly the best carrier option, though not having visual voicemail might not be a dealbreaker for some people. The lack of international tethering is a rather big setback in my mind, as I sometimes rely on that when I'm traveling abroad. Fi also doesn't support number-sharing, which means you can't pair it with your LTE smartwatch, for example.

With all of these caveats, Fi seems destined to remain something of a niche option, even after widening adoption to other phones. That said, that's not necessarily a bad thing. After all, that's what an MVNO is supposed to do: offer up an alternative to the Big Four. Fi might not be the "game-changer" that Google wanted it to be back in 2015, but maybe it doesn't have to be to get a loyal following.

In this article: carrier, gear, google, googlefi, mobile
All products recommended by Engadget are selected by our editorial team, independent of our parent company. Some of our stories include affiliate links. If you buy something through one of these links, we may earn an affiliate commission.