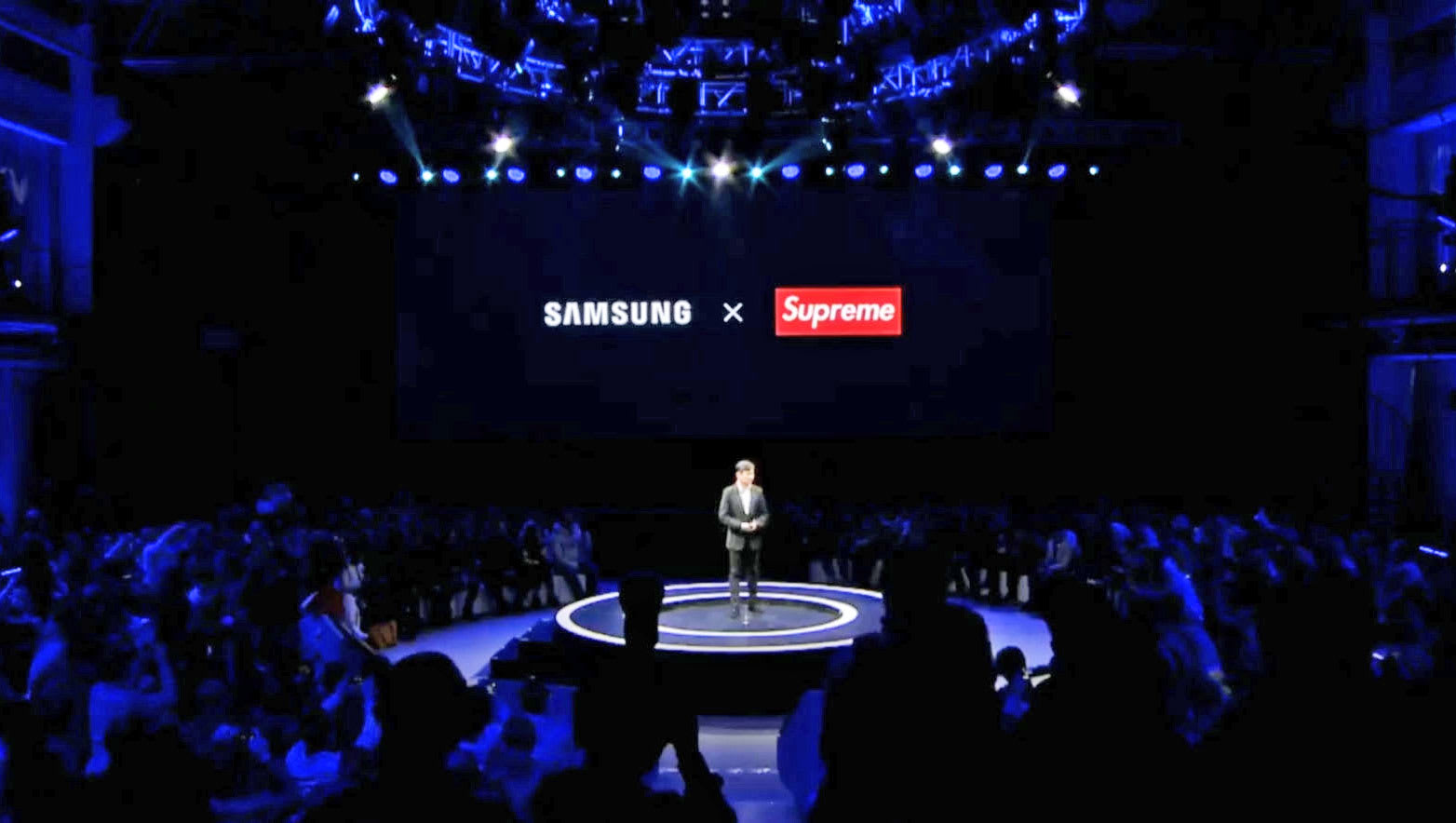 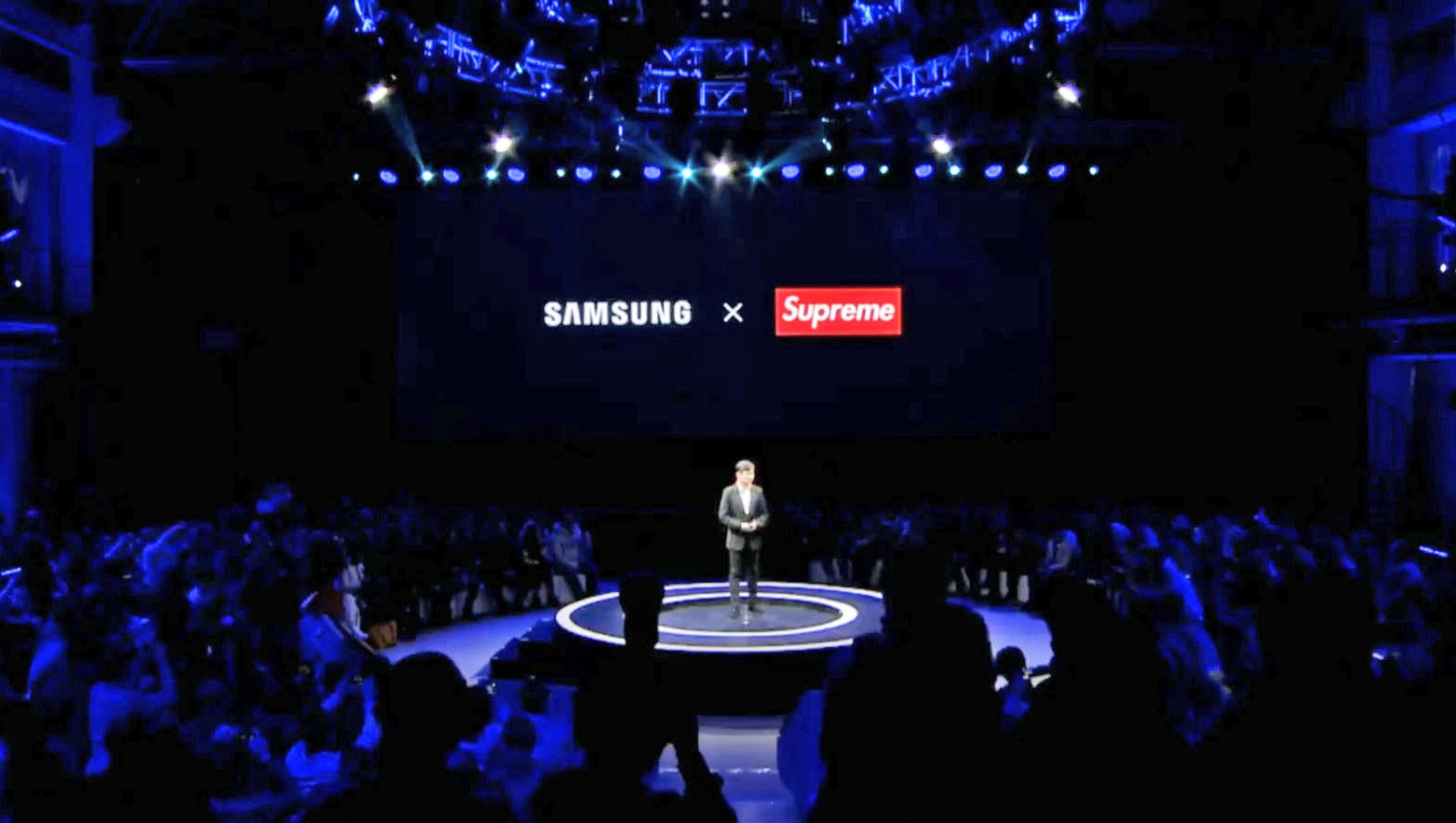 The Chinese launch event for Samsung's Galaxy A8s had a little surprise for fashion-conscious locals, as the company announced that it was partnering with Supreme. Samsung China's Feng En even invited executives from the popular fashion brand on stage to talk about the marketing collaboration. Don't get too excited about a potential Samsung x Supreme smartphone, however, because there's a catch.

If you're unfamiliar, Supreme is a New York fashion brand that sells products adorned with variants of its box logo. The company branched out from skate wear to a variety of products, sold in limited quantities at high prices, all carrying the brand. But, because of a quirk of trademark law, or an oversight on Supreme's part, the brand was never registered in a handful of places, including Italy.

That enabled a rival brand, based in the town of Barletta, to register the domestic trademark for itself and sell "legal fake" goods. Supreme Barletta / Supreme Italia is one of several "legal fake" businesses that sit in a gray area of intellectual property law. After all, they're appropriating the trade dress and logos of another, but have registered trademarks, so are protected under local law.

It's a source of contention at Supreme US, which has attempted to close down Supreme Italia (and a Spanish version) in the courts. Domestic judges found in favor of the local brands, giving the companies freedom to sell their wares in those territories.

Samsung appears to be aware of this, and after the event, Samsung China's digital marketing manager, Leo Lau, responded to criticism on his Weibo. He said (translated): "The brand we are collaborating with is Supreme Italia, not Supreme US. Supreme US doesn't have the authorization to sell and market in China. Whereas the Italian brand got the APAC (except Japan) product retail and marketing authorization."

It's likely that the only place we'll see these collaborations is in China, which has a famously strained relationship with intellectual property law. Then again, local users may avoid them, knowing that there's a whiff of inauthenticity about the project. After all, when Chinese company OXN attempted to launch its own fake Supreme brand in the country -- even hiring an actor to pose as Supreme founder James Jebbia -- it didn't go down well. JingDaily said that local consumers intended to boycott OXN for "embarrassing" the local streetwear culture.

Fans of irony will note, of course, that both Supreme and Samsung have both had reputations for acting without proper care of other's IP. After all, Supreme stands accused of ripping its entire aesthetic from the conceptual artist Barbara Kruger. And the less we say about Samsung's long courtroom drama with other phone manufacturers over patent infringement, the better.

Source: Weibo (Video)
Coverage: Hypebeast
In this article: A8S, China, Fake, Fashion, gear, LegalFake, mobile, Samsung, Supreme
All products recommended by Engadget are selected by our editorial team, independent of our parent company. Some of our stories include affiliate links. If you buy something through one of these links, we may earn an affiliate commission.