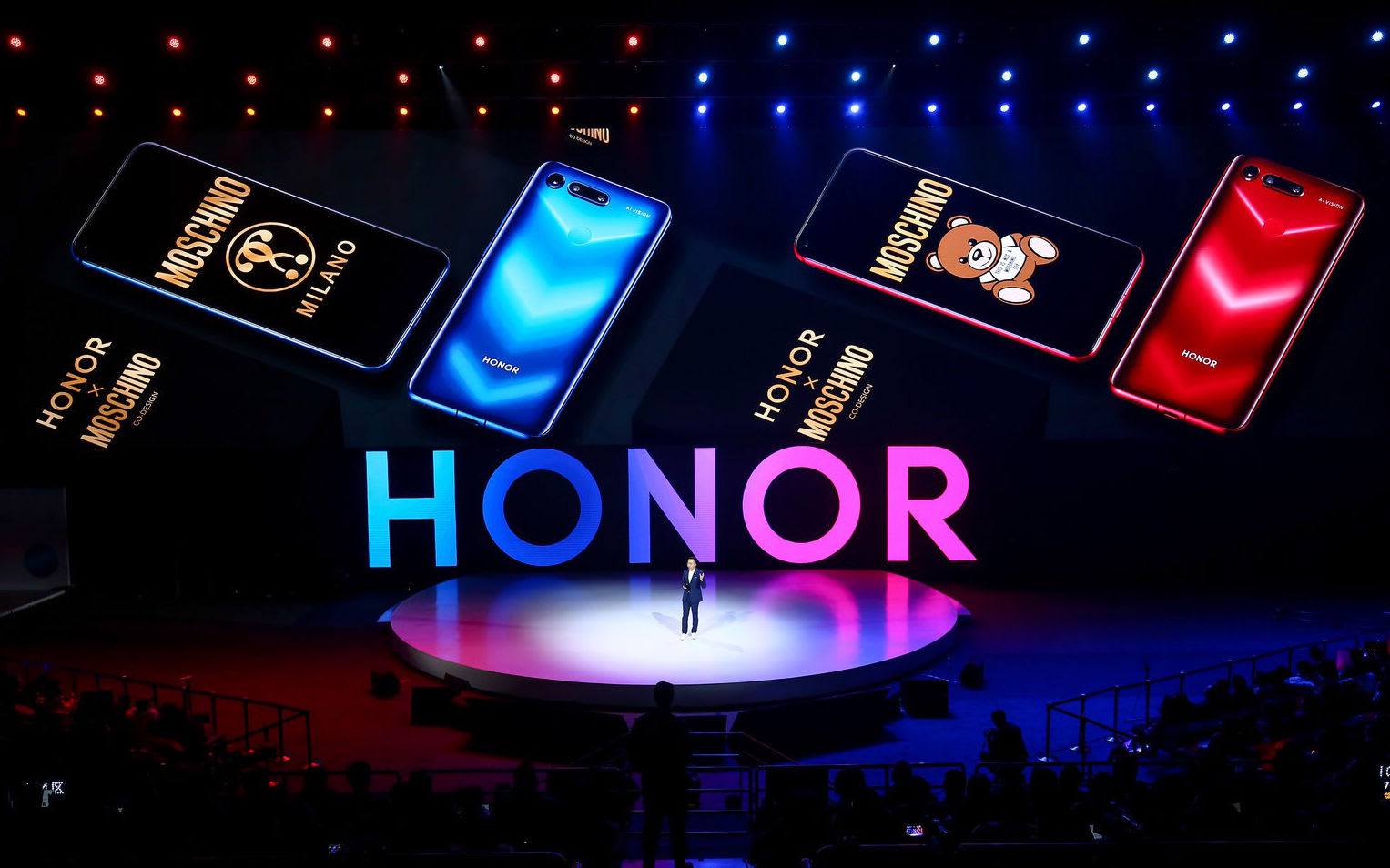 Honor's recent teaser event gave away pretty much all the secrets of its new View 20 smartphone: It has a 25-megapixel punch-hole front camera, a 48-megapixel rear camera plus "Link Turbo" function for automatically switching between WiFi and LTE -- or using both, even -- for optimal connectivity. Still, there was no word on the device's other features, appearance nor price; Honor clearly just wanted to announce its "hole screen" technology before Samsung and Huawei. Now that the competition have done their part, Honor has finally done a full unveiling of its View 20 in China earlier today, and it actually looks rather sharp. 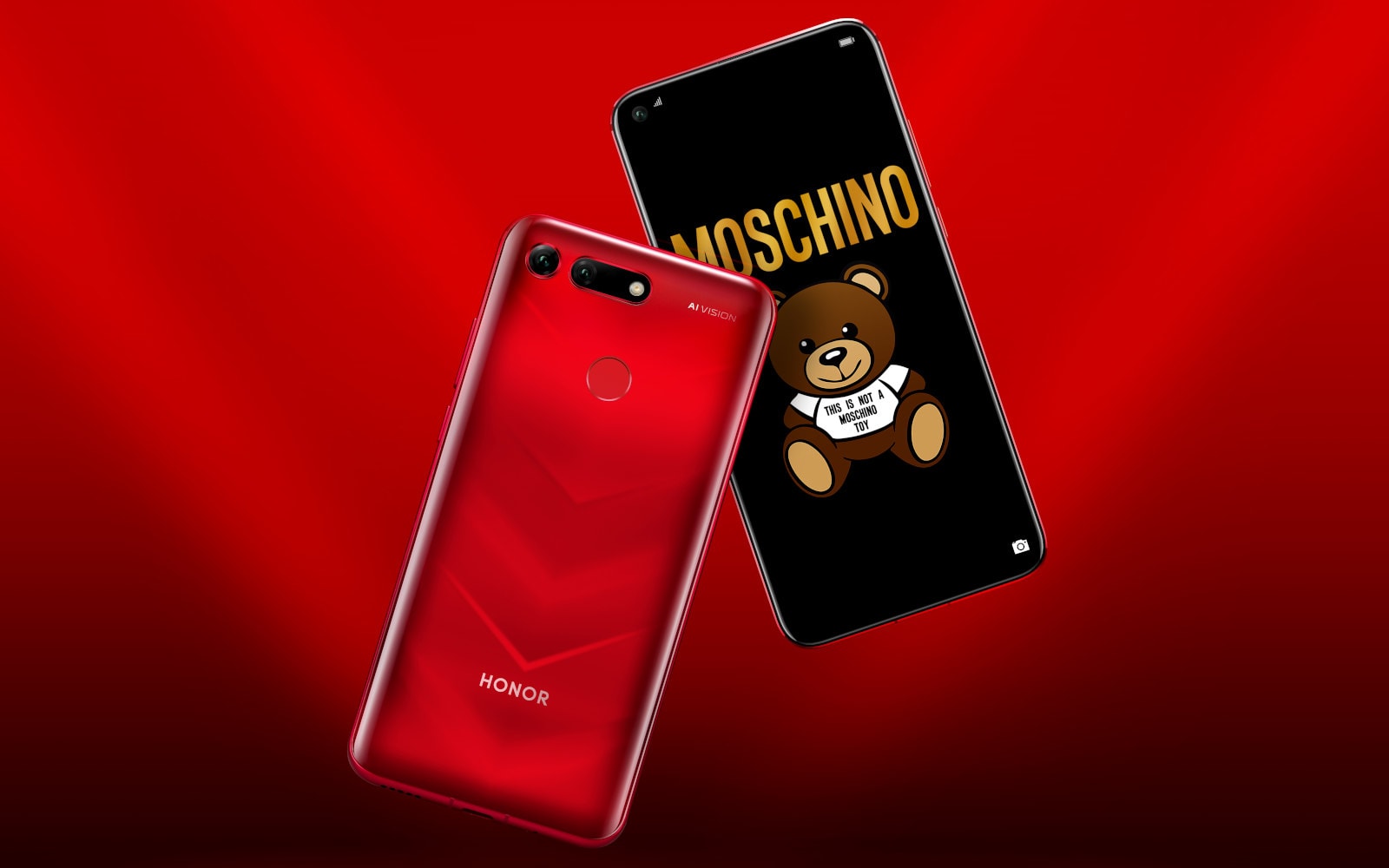 For the sake of better reception, the View 20 houses a triple WiFi antenna so that your hand is less likely blocking the signal, thus solving a common pain point for online gamers. On a related note, there's also a liquid cooling tube that helps suck the heat away from key components like the chipset, camera and power management chip. According to Honor's internal tests, the View 20 is able to stay at cooler temperatures than Xiaomi's Mi 8 and the OnePlus 6T in most tests, especially when streaming online videos while charging.

On the back, we already know of the 48-megapixel (f/1.8) main camera with Sony's IMX586 sensor, but what's new is the neighboring time-of-flight 3D camera. Honor claims the latter is rated with millimeter accuracy, and it offers quick AR measurements, optimized action shots plus full-body skeletal tracking -- this lets you slim your entire body down, because facial beautification is so last year already. When the phone is docked with a larger display (and with the 3D camera pointing towards you), it can even run motion tracking games to let you dance or ski along (remember the Xbox Kinect?), though it's unclear how reliable this is. 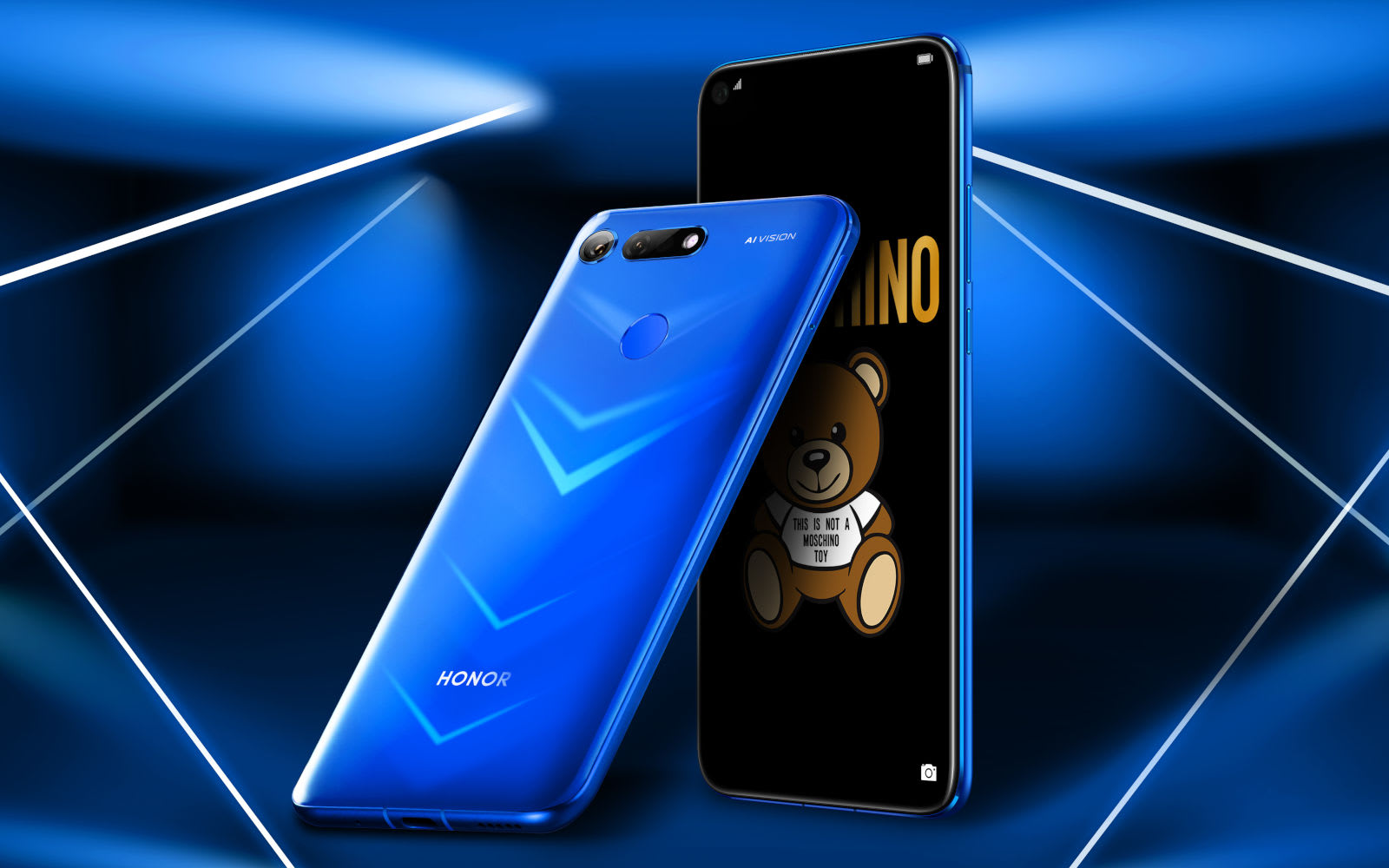 As for the phone's looks, the View 20's rear side features several gleaming "V" shapes etched with nanolithography, thus giving the aurora texture which changes appearance when viewed from different angles. It's a nice change from the gradient or wavy designs that have become rather common amongst Chinese smartphones this year. The phone comes in either blue, red or black, with a Moschino special edition due to arrive at a later date.

Honor is currently offering the View 20 in China starting from 2,999 yuan (about $435) for the 6GB RAM + 128GB storage version, with the 8GB RAM version going for 3,499 yuan (about $510). For the rest of us, don't worry, this is one of the few Chinese phones that already have global ambitions -- stay tuned for the global launch in Paris on January 22nd.

Via: Engadget Chinese
Source: Honor
In this article: gear, holescreen, honor, huawei, imx586, mobile, moschino, phone, punchhole, smartphone, v20, view20
All products recommended by Engadget are selected by our editorial team, independent of our parent company. Some of our stories include affiliate links. If you buy something through one of these links, we may earn an affiliate commission.