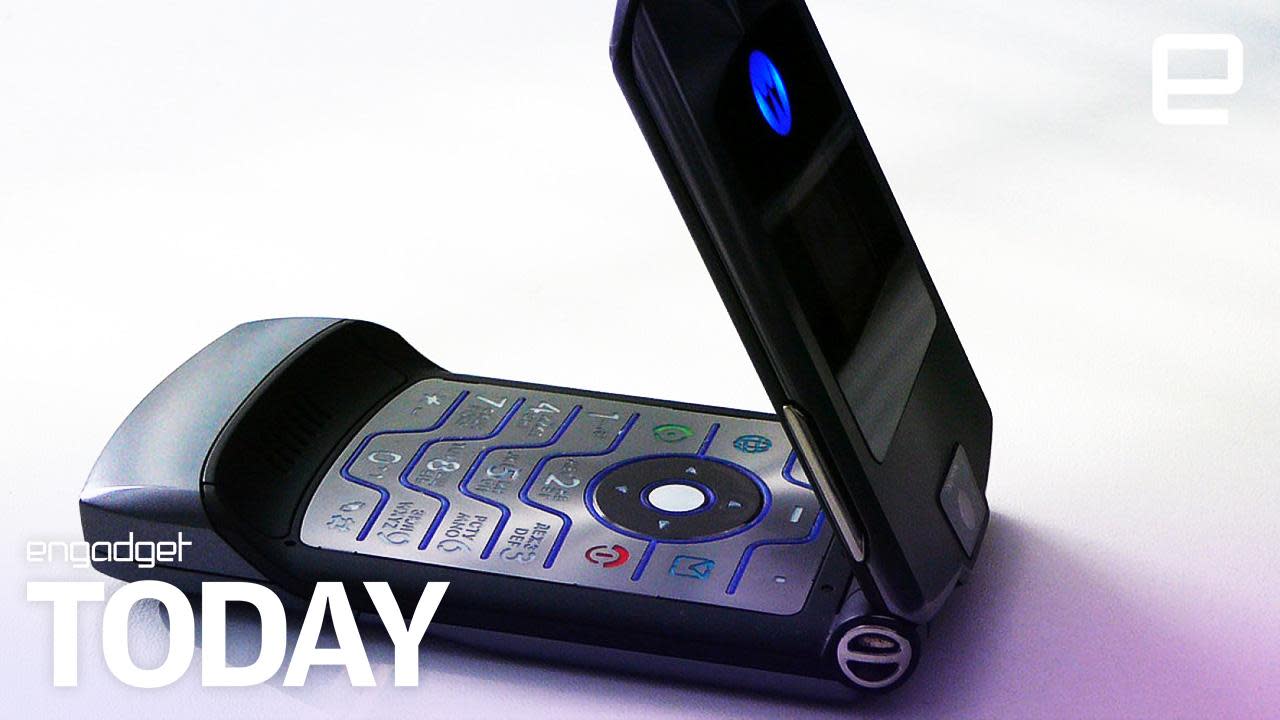 Motorola's RAZR flip-phone is reportedly set for a $1,500 foldable makeover. The new handset could arrive exclusively through Verizon as soon as next month, per The Wall Street Journal's sources. You can blame that massive price tag on the expensive components required to build a foldable phone (just ask Samsung, which apparently has its own $1,500 flexible handset slated for a February 20th reveal).

It seems Motorola's parent Lenovo is turning to the bendy phone trend to revive the once-iconic RAZR brand's fortunes. There's not much else to divulge, but we've reached out to Lenovo and Verizon in case they want to dish the details.

The world got its first glimpse at an actual bendable phone, courtesy of China's Royole, at CES earlier this month. And in the past, everyone from Apple to Huawei have been linked to a foldable phone. Motorola itself was granted a patent for a clamshell-style handset with a flexible screen (that folds inwards but doesn't leave a crease) last year.

A former best-seller with over 130 million units sold, the RAZR brand fell on hard times (along with devices from fellow big guns, Nokia and BlackBerry) after the arrival of the iPhone in 2007. An attempt at a revival came and went with 2011's Droid RAZR and RAZR Maxx, both of which bore the same trademark thin design of the original. There were also rumblings of a comeback in 2016, but they were quickly shot down. More recently, Motorola paired up with Verizon on the Moto Z3, which works with the upcoming 5G Moto Mod.

In this article: AOLoriginals, DailyShow, Engadget, EngadgetToday, EngadgetVideo, Entertainment, foldablephone, gear, mobile, Motorola, RAZR, Verizon
All products recommended by Engadget are selected by our editorial team, independent of our parent company. Some of our stories include affiliate links. If you buy something through one of these links, we may earn an affiliate commission.