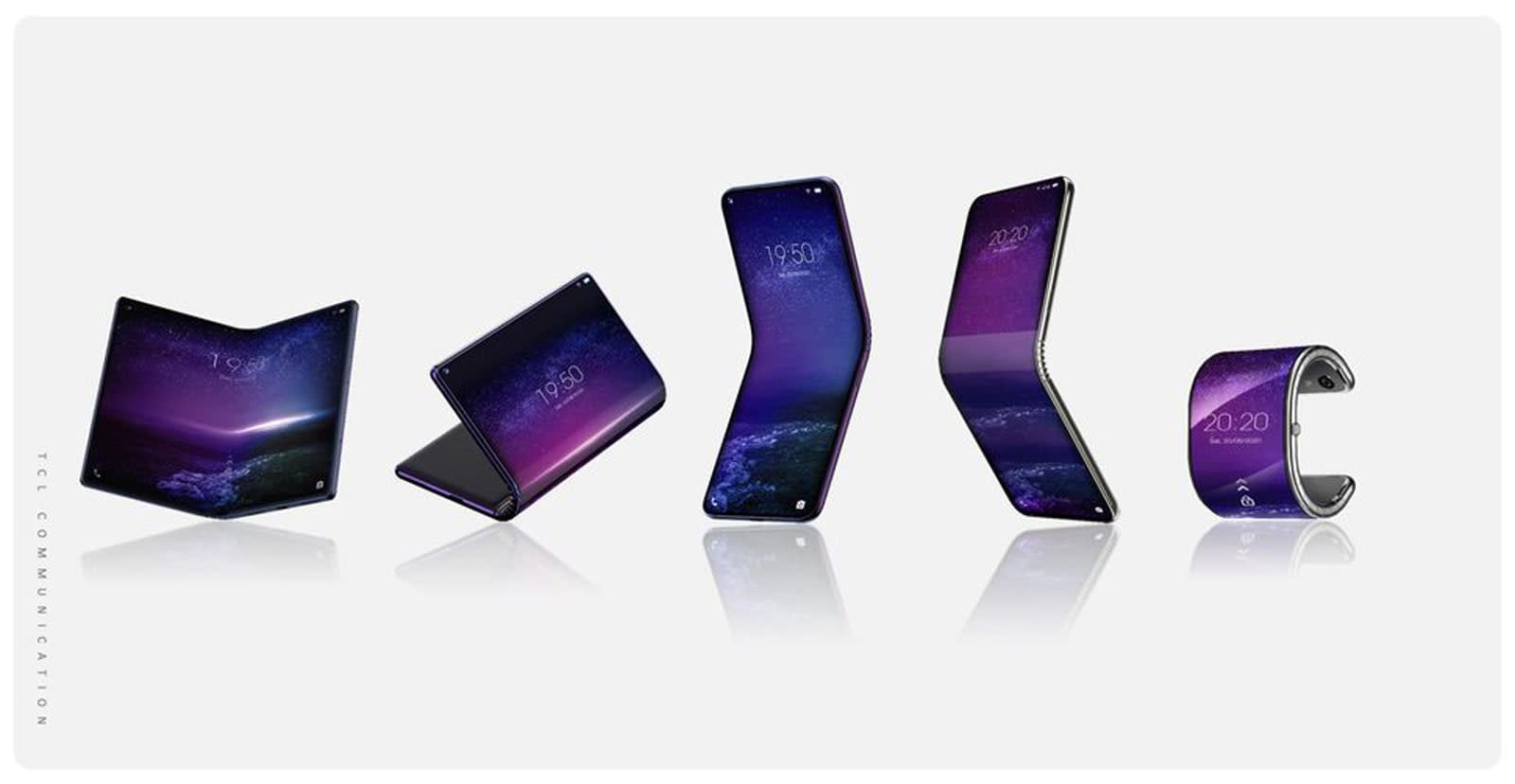 Multiple companies have ideas as to how they'll develop folding smartphones. TCL, however, isn't content to settle on one -- it's seemingly tackling them all. CNET has obtained images and patent filings that show TCL exploring five foldable designs. Four of them are ultimately variants on a theme (folding horizontally or vertically, inward or outward), but a fifth model would turn into a smartwatch-style bracelet. Effectively, it'd resurrect Lenovo's Cplus concept as a practical product.

Whether or not TCL will make these isn't certain. CNET stressed that it was early. TCL previously vowed to ship its first foldable device in 2020, but it wasn't clear what its plans were at the time beyond some kind of smartphone. It's clearly more interested in the phone than first thought, although it said that TVs and other devices could use the technology.

Whatever ships, it might not live up to people's dreams. Current bendable displays won't fold like paper, so they'll typically be thicker. The relatively exotic nature of the hardware tends to carry a premium. There's also the all-important software. While Android will natively support foldable phones, it's not certain how well that will work in practice. This could still amount to an early adopter device.

In this article: foldable, foldable phone, foldablephone, folding, folding phone, gear, mobile, smartphone, smartwatch, tcl, wearables
All products recommended by Engadget are selected by our editorial team, independent of our parent company. Some of our stories include affiliate links. If you buy something through one of these links, we may earn an affiliate commission.