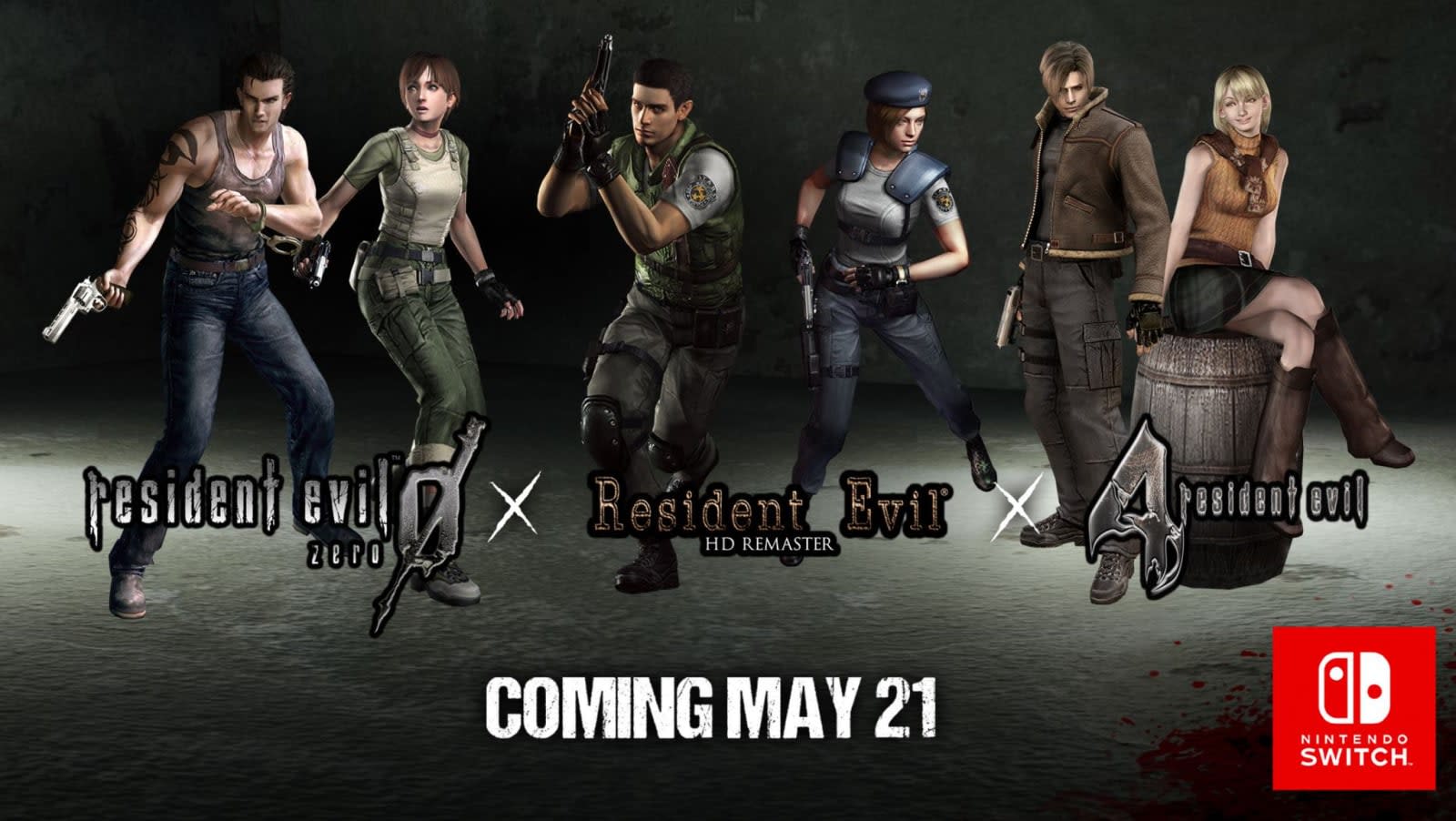 Four months after Capcom announced it would bring three Resident Evil games to the Nintendo Switch, we have a release date -- May 21. The company shared a save-the-date for Resident Evil 0, Resident Evil and Resident Evil 4 on Twitter this morning. Pre-orders via the Switch eShop open on February 28.

Since its first release in 1996, Resident Evil has been ported to several consoles. It's also been remade twice: once for the Nintendo GameCube in 2002 and later for the Xbox One, PS4 and PC. But the ability to play Resident Evil on the road -- or as the RE_Games account tweeted "on trains, during mansion tours, across the European countryside" -- has fans understandably excited.

Each of the three games coming to Switch is significant in its own right. Resident Evil is credited with defining the survival horror genre of video games. Resident Evil 4, which shifted the focus to fast-paced action, was originally released for the Nintendo GameCube and has been ported to more than seven different platforms. While Resident Evil 0 received less attention, it stands out as the series prequel. There's no word yet if the recently remade Resident Evil 2 will ever come to Switch, or how this all plays into rumors of a Resident Evil Netflix series.

Play all three masterpieces anywhere, such as:
- On trains 🚆
- During mansion tours 🏰
- Across the European countryside 🌄

In this article: av, capcom, gaming, nintendo, nintendoswitch, resident evil, switch
All products recommended by Engadget are selected by our editorial team, independent of our parent company. Some of our stories include affiliate links. If you buy something through one of these links, we may earn an affiliate commission.