We bent over backward to find you the unflexible gadgets of MWC.
J. Trew|02.26.19
@itstrew

Did you hear? They're making foldable phones now! Yes, it's the unavoidable bendy trend of the show for sure, but there's plenty more going on here in Barcelona, and we've summed it all up here to provide some respite from our foldable future.

Sure, HoloLens 2 was announced on Sunday (and you can read all about it here), but it was out of reach from our grubby mitts. Fortunately, Microsoft was kind enough to let us get our own head inside it, and see how different it was to the original for ourselves. Our own Mat Smith took it for a spin, and said that the new design makes it much more comfortable, and the wider field of view is a much-needed enhancement. So, if you have the $3,500 entry fee (and relevant business needs) it's a confident step forward for Mixed Reality.

Sticking with the headset theme, we were also able to try out the HTC Vive Focus Plus (along with its fancy new controllers). The new accessories mean that your virtual hands have more virtual dexterity. The industry calls it "six degrees of freedom" (6Dof), but all you need to know is that your virtual adventures are virtually guaranteed to feel less virtual (and more natural) — if you can wait until spring and have $399 (for headset and wands) lying around. 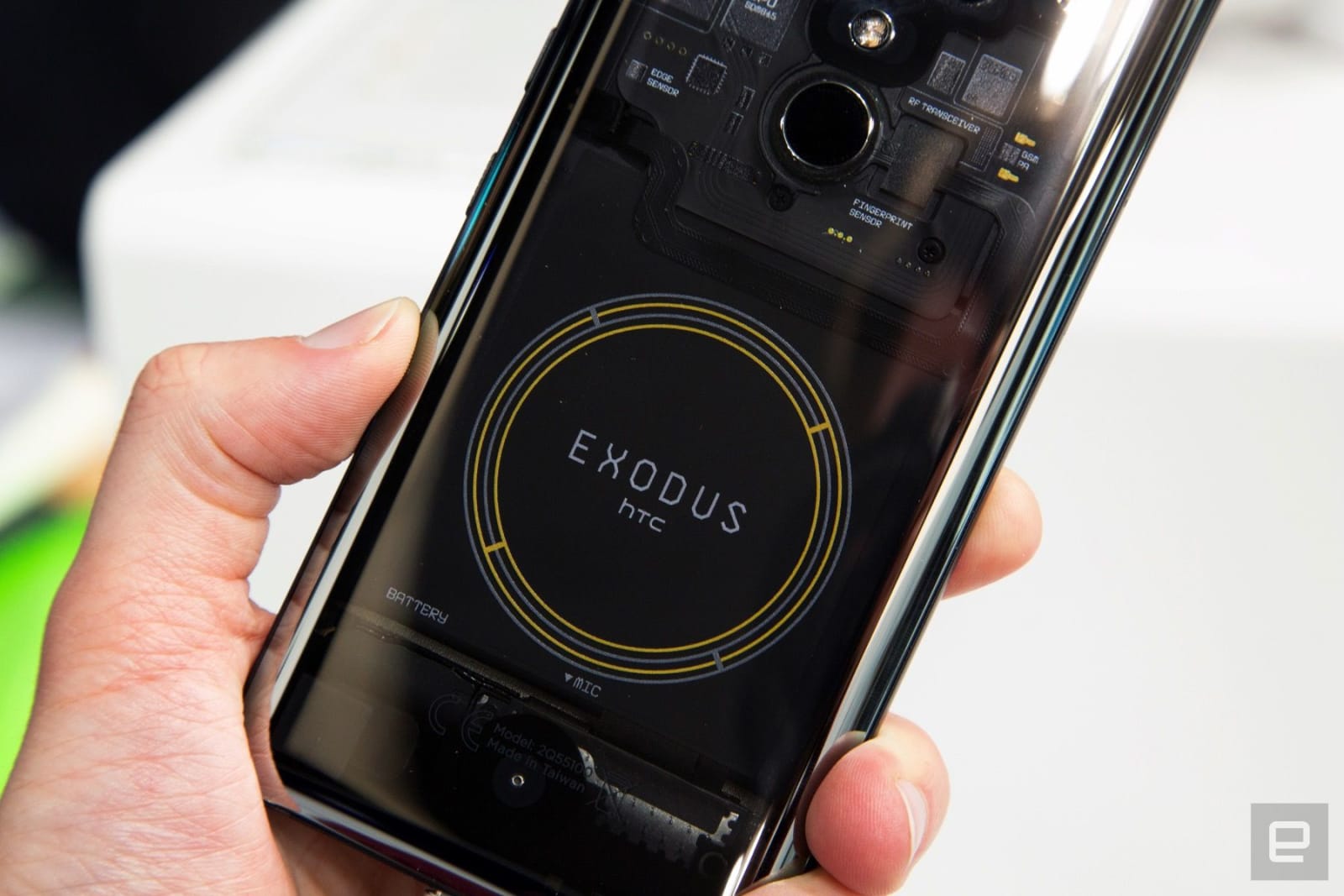 That wasn't the only thing HTC had to show. Remember when they used to be better known for phones? Well, the company is still at it, kinda. The Exodus 1 blockchain phone has been floating around for a while. The cruel joke though was that the only way to buy one was with cryptocurrency — so you couldn't buy this crypto-wallet unless you already had a crypto-wallet. Anyway, for those who like to dabble with the folding stuff between their BTC and LTC, you can pick one up for $750.

Unlike HTC, Sony never really stopped plugging away at the whole smartphone thing. This year is no exception, as we were graced with a pair of Xperia 10 mid-rangers, and a new flagship: The Xperia 1. Don't adjust your sets, the phones really are that tall. In lieu of something that folds, Sony is hoping you might get excited about a 21:9 aspect ratio display instead. The thinking is, it's better for cinematic media consumption. Budding directors can also shoot their own Oscar contenders in the wide aspect, at 4K HDR (and 24 fps) to boot. 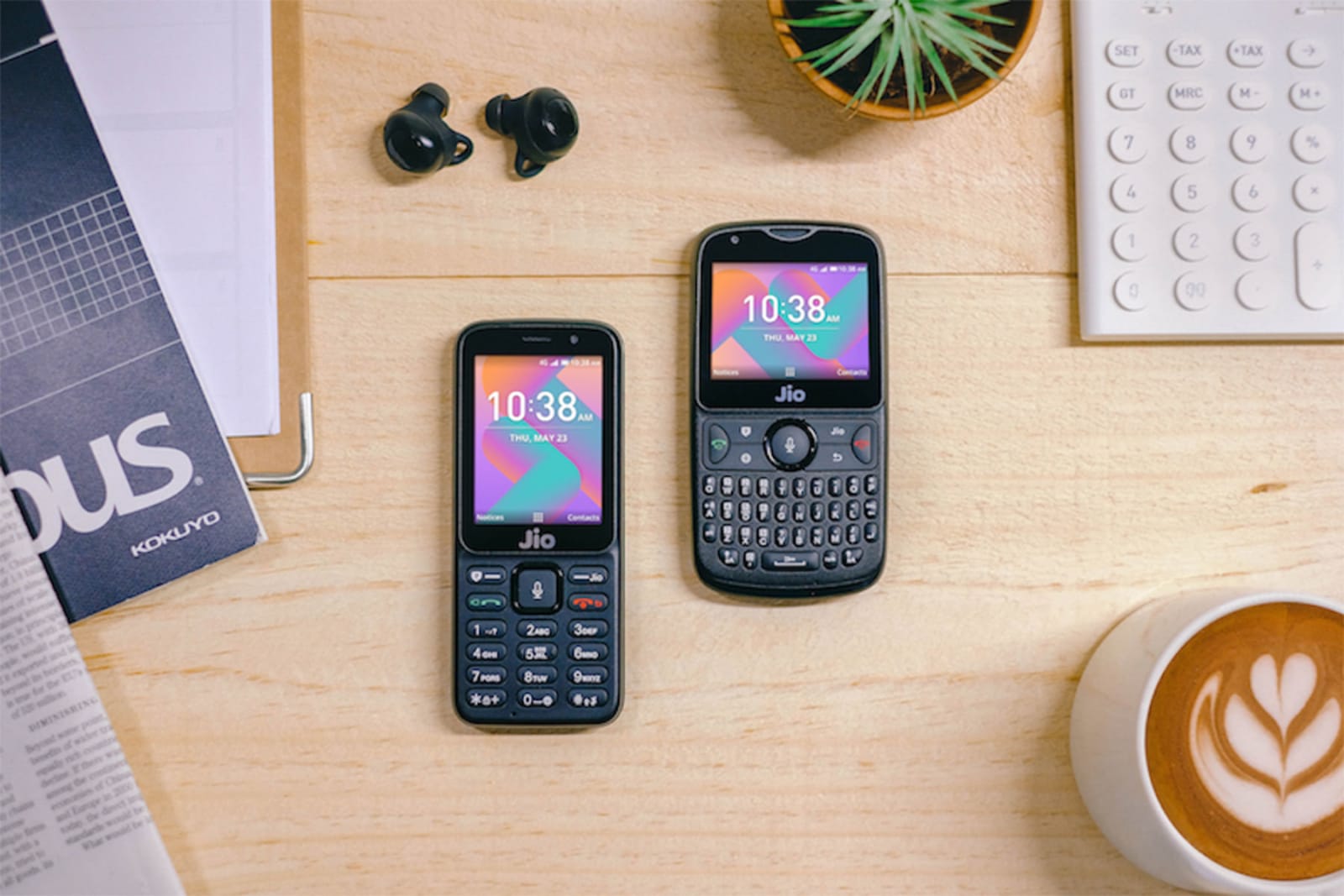 Even Google — a company that typically likes to hold its own events — decided to drop a little news at MWC. Two Assistant-related tidbits, to be precise. The first nugget is that the company is bringing Voice Typing and Actions to KaiOS (a light OS for "smarter" feature phones). The other news is that Assistant will soon be baked into Android's Messages app. If you ever used the AI-infused "Allo" app (and not too many did), you'll have an idea of what this will look like. But essentially, expect Assistant to suggest helpful contextual info like the weather and cinema times whenever it thinks it might be helpful, based on your conversation. Creepy? Sure. Handy? We hope so.

And there you have it, a solid slice of new technology, with nary a bend in sight.