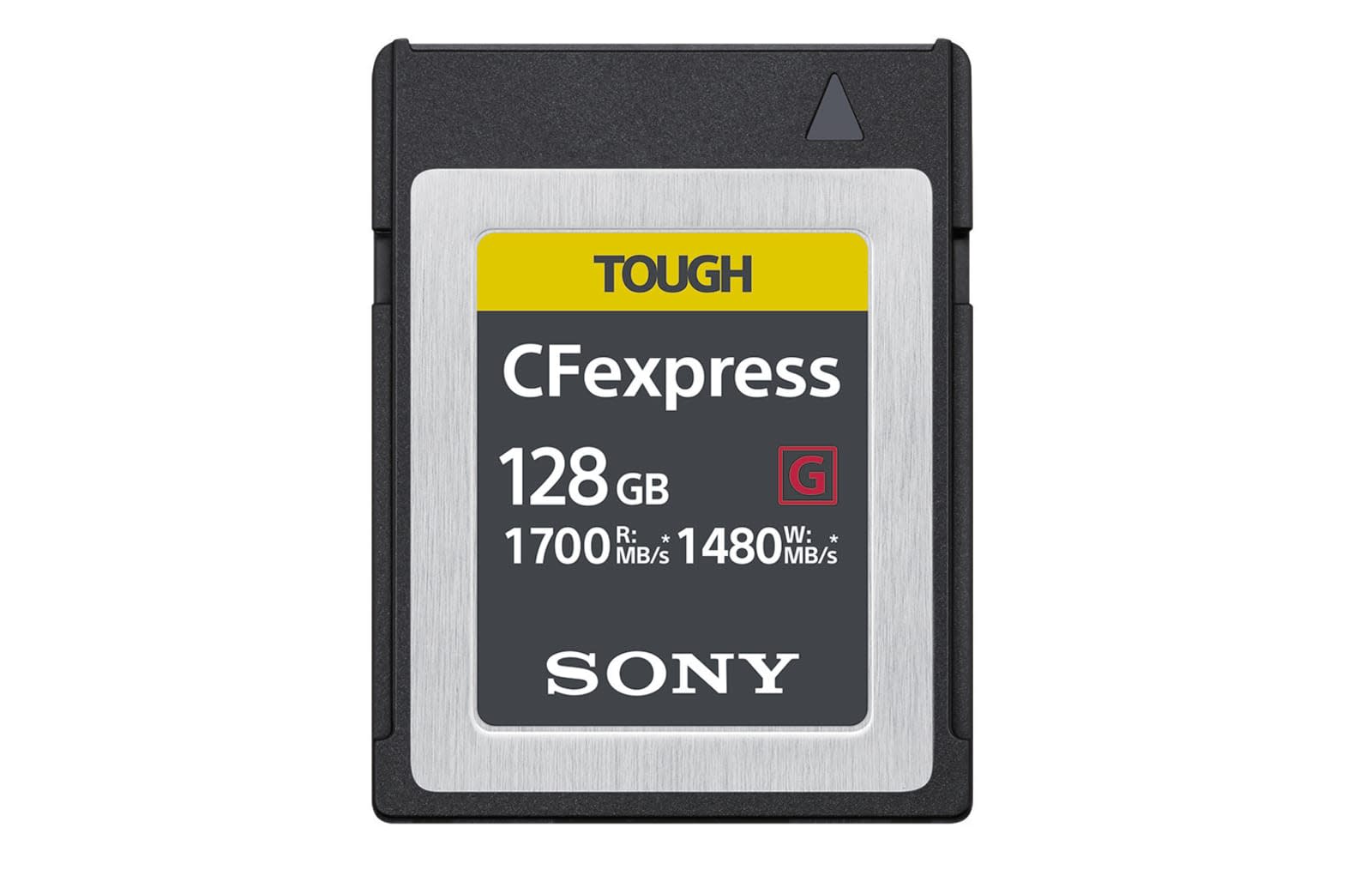 Cameras are getting so fast now that it's hard for regular SD storage cards, even fancy UHS II models, to keep up. Sony has just announced that it's developing new cards using the all-new CFexpress tech that are up to the challenge. They can read and write data at speeds of 1,700 and 1,480 MB/s, respectively, blowing past every current type of camera storage. Several new cameras on the market, including Nikon's Z6/Z7 and the Panasonic S1/S1R, will support the cards.

The only cameras that really need that kind of speed are professional RAW cinema cameras from the likes of RED and Arri. Those models offer direct recording to SATA SSDs, but the new Sony CFexpress cards at least triple those speeds. While not as fast as the latest NVMe SSD drives, which can run at over 3,000 MB/s, they're about as fast as external storage gets.

In fact, the cards are massive overkill for current consumer cameras like the Z6/Z7 and S1/S1R, which have maximum 4K video data rates (400 Mbps) around 35 times less than the cards can handle. It's not likely to benefit burst RAW shooting much either, as that's inherently limited by the camera's buffer size.

Still, if you install one of these in a Z6 (once Nikon's CFexpress firmware arrives), you'll never worry about card speed again, though the cameras themselves may not support the max speeds. Sony said its first CFexpress cards will be available 128GB sizes, with 256 and 512GB versions to follow. The cards will also be tough, exceeding the CFexpress standard by a factor of three. There's no price available yet, but they'll likely cost more than XQD cards, which are already very expensive.

In this article: cameras, Cards, CFexpress, Flash, gear, NikonZ6, sony, Speed, Storage, XQD
All products recommended by Engadget are selected by our editorial team, independent of our parent company. Some of our stories include affiliate links. If you buy something through one of these links, we may earn an affiliate commission.