Nikon's new Z-Mount Z6 and Z7 cameras are getting some key new features they lacked at launch via an upcoming firmware update, the company announced. The biggest one is eye-detect autofocus that will lock onto a subject's eyes, rather than just their entire face. That will ensure that your subject's eyes are in focus rather than their nose, which can be a big problem on full-frame cameras with fast, shallow depth-of-field prime lenses. Nikon showed just how it will work in the short video below.

Nikon is also working with Atomos to bring true RAW external 4K recording to the Z6 and Z7 cameras. The cameras will output a 4K signal via the HDMI port to the $695 Atomos Ninja V monitor/recorder (below) where it can be captured using Apple's ProRes RAW codec. That will give picky filmmakers the maximum dynamic range, color accuracy and detail. At the same time, it does that "without sacrificing features like autofocus and high megapixel stills ," said Atomos CEO Jeromy Young. 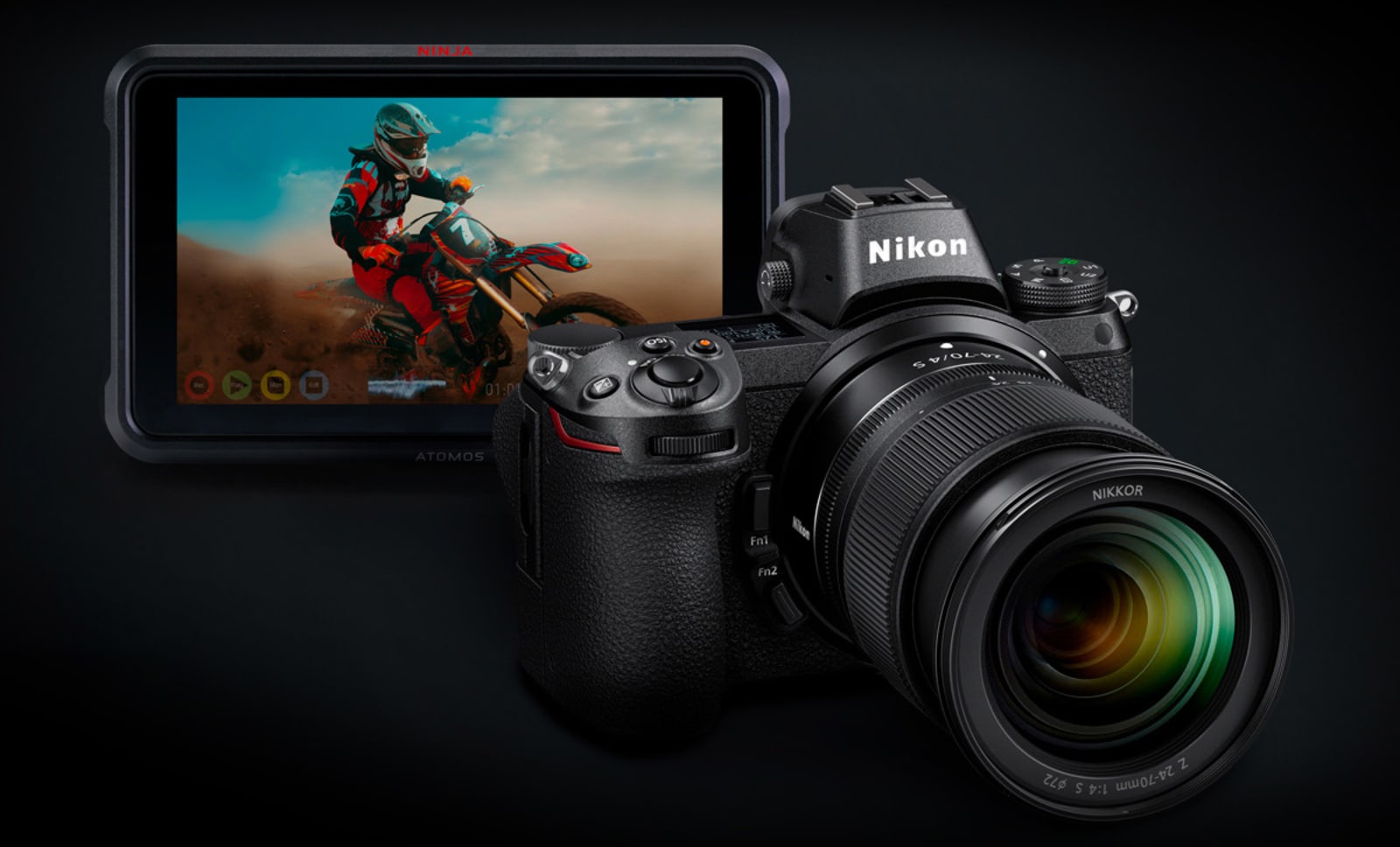 Finally, an update will bring CFexpress memory card support to the Z6 and Z7, drastically increasing potential capture and playback speeds. CFexpress cards are compatible with Nikon's current XQD slot, but while XQD cards allow for (very decent) 400MB/s speeds, CFexpress Type B cards have been tested up to 1400 MB/s. Nikon's Z6 cameras can't use that kind of speed yet, but it'll certainly make image and video transfers to your computer go a lot quicker.

Hopefully, Nikon can also increase AF speeds a bit on the Z6 and Z7, as the cameras have been criticized for being a bit laggy. Overall, though, these updates are good news for Nikon's fledgling Z-Mount cameras because it means they're giving owners free new features in a timely fashion.