We're leaving on a jet plane, but we won't soon forget these phones.
C. Velazco|03.02.19
@chrisvelazco

The last week has been a whirlwind of jamón-flavored chips, 5G talk and things that fold, so naturally, we're still reeling a bit. As we begin pulling ourselves out of this trade show-induced stupor, though, we've taken stock of everything we've seen in Barcelona and compiled this list of our favorite smartphones from the show floor.

Not everything that made the cut will be a massive success, or go on sale around the world -- still, because of the ambition and ingenuity that went into each of these devices, each is worth celebrating in its own way. 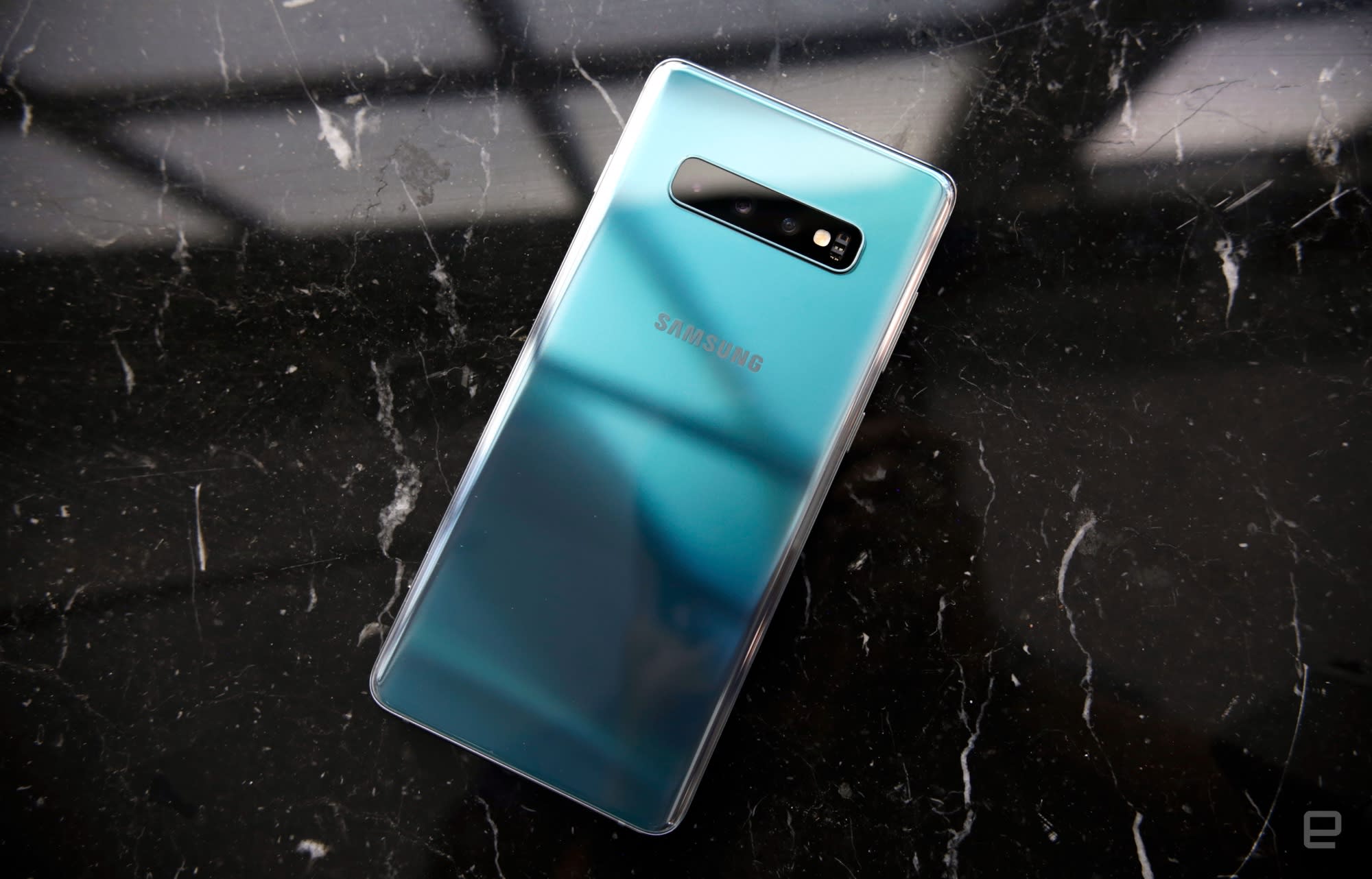 Alright, alright, yes — the Galaxy S10 family was revealed at an event in San Francisco, well before Mobile World Congress even started. Whatever. It's still one of the most influential devices at the show: ads are plastered on buildings across the Barcelona, and every flagship here has been compared to the standard Samsung has already set. It's big, beautiful, powerful, and it uses an updated interface that's staggeringly more pleasant to use than what we found on earlier models.

The reason the bigger model makes our list instead of its little brother is, well, because we've been testing it this whole time. The official Engadget review is still in progress, but the process of using it in Barcelona has given us time to appreciate Samsung's shifting priorities and mutually gripe about what it gets wrong. (Trust us: It's an excellent phone, but certainly not perfect.) You'll have to wait a little longer for our final verdict, but even now, it's safe to say this is one of the best smartphones you'll see all year.

Seven years ago, Nokia — the original Nokia, I mean — rolled into Barcelona with an astonishingly chunky smartphone with a then-unheard-of 41-megapixel camera. The following years were a roller coaster for the company, but now the Nokia brand is back and this spiritual sequel is every bit as ambitious as the Lumia 808 PureView announced so long ago. The Nokia 9 PureView's claim to fame is the five-camera array tucked into the phone's back, all of which work together to produce highly detailed, bokeh-filled photos that none of those 12-megapixel sensors could capture alone.

At the end of the day, though, the Nokia 9 PureView is many things at once. It's an experiment in computational photography, a tool for curious camera nerds, and a limited edition device. (Nokia will only produce and sell a few thousand units before calling it quits.) With any luck though, HMD will learn from the process of building the Nokia 9 and start to bring those ambitious camera setups to the rest of its devices. 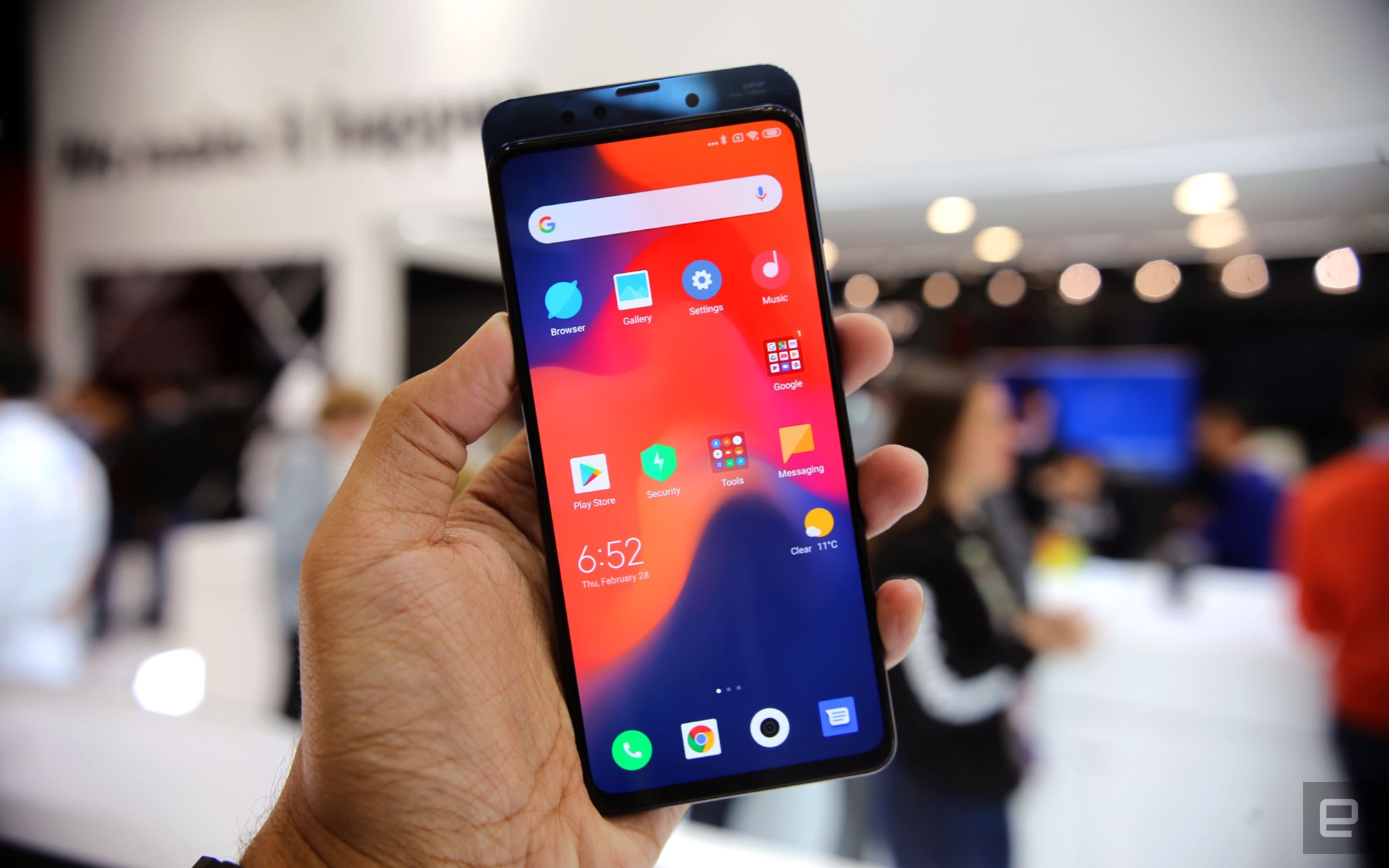 The Mi Mix 3 is hardly a new phone — it was announced in China in October 2018 and went on sale shortly after. It's no slouch on its own, with its Snapdragon 845 chipset, 6GB of RAM, up to 256GB of storage and a 6.39-inch slider display that locks into place with a satisfying thunk. What makes this really special, though, is its support for 5G networks. There have been no shortage of 5G devices on the MWC show floor (some functional, and some less so), but Xiaomi's Mi Mix is easily among the least expensive.

When it launches later this year, the phone is expected to cost about €600, or roughly $680. That's less than what any of Samsung's new, non-5G phones. Granted, its modem only supports so-called "sub-6" 5G, so its value will take a hit once wireless carriers start lighting up their mmWave-based networks. Still, Xiaomi's goal has always been to make cutting-edge features and performance available to more people, and the Mi Mix 3 5G feels like another step in the right direction.

We couldn't not mention this one. Huawei is an MWC mainstay, but it has never — never — made a splash at the show the way it did this year. All the buzz is thanks to the Chinese company's new, foldable Mate X, an absolute stunner that proves Huawei is a hardware maker of the highest caliber. (Whether the company is ultimately trustworthy, though, is a question that still needs answering.) Sleek, premium design? Check. A beautiful screen that stretches edge-to-edge? Check. And support for 5G networks? Check.

The Mate isn't without its shortcomings, though. The company still hasn't offered many specifics on how durable that outward-facing, 8-inch display is — others who have attempted the feat think this design is a dead end. And my god, that price tag: certain corners of the event space collectively groaned when they learned the phone would cost €2,300 (or about $2,600) at launch. Make no mistake: very few people will ever own a Huawei Mate X, but what the company learns about making foldables might prove to be priceless. 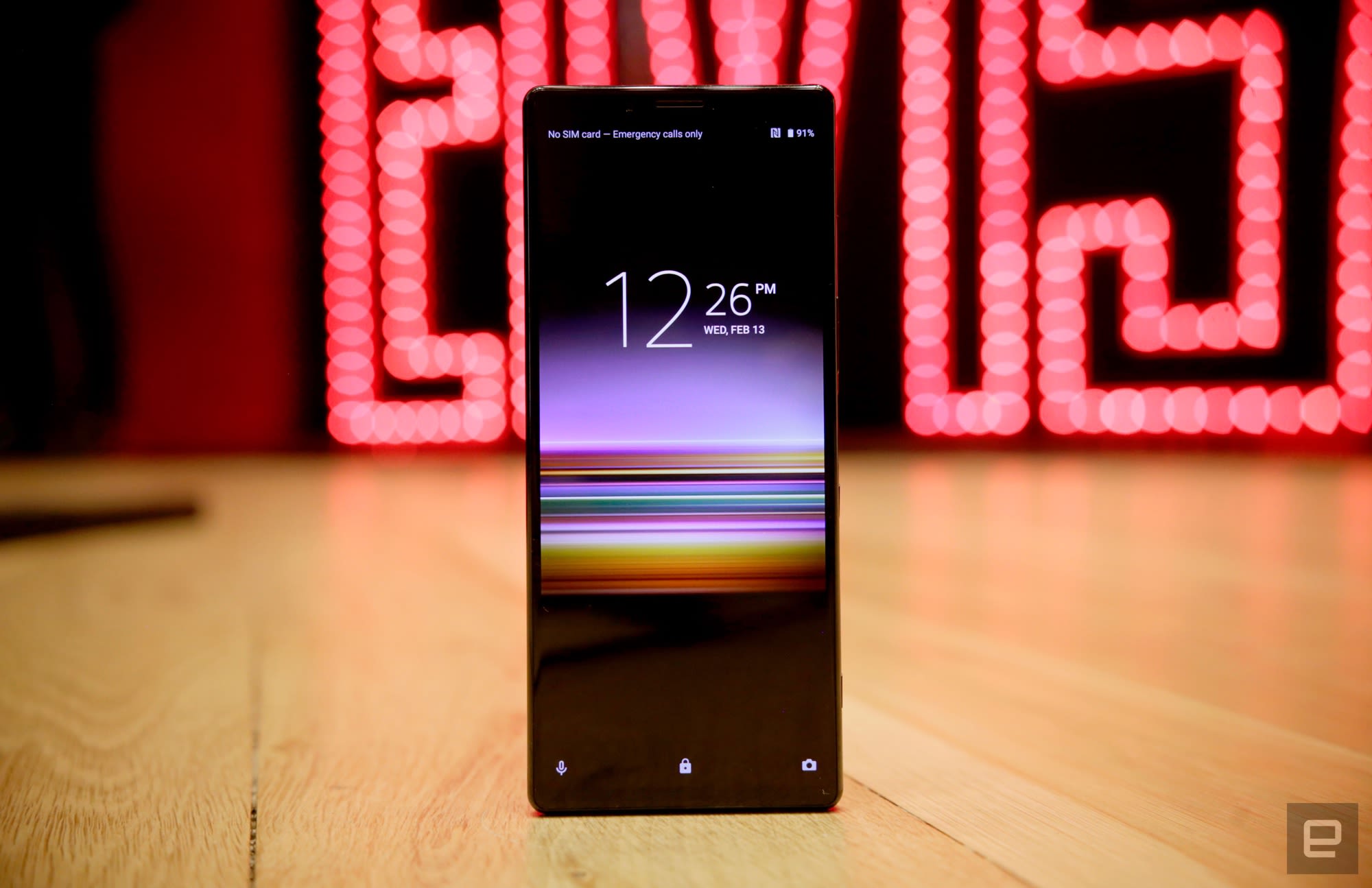 Despite its incredible popularity in gaming, entertainment and consumer tech, most people wouldn't be caught dead using one of Sony's Xperia phones. That might not change with the forthcoming Xperia 1, but Sony has accepted its niche and built a love letter to creators and content consumers. That massive, 21:9 4K OLED HDR screen might feel like a remote control in your hand, but the screen is of impeccable quality. Not only that, the Xperia 1 also packs a triple camera with features culled from the company's mirrorless cameras, not to mention the ability to shoot 4K HDR at 24 fps. It's not a phone that makes sense for everyone, but people who wanted a more cinematic kind of smartphone should love it.

So, why does a phone we admittedly like only get an honorable mention? Because Sony wouldn't let us use one. By the time the show ended, we spent more time handling the illusive Mate X than we did with a fully functional Xperia 1. I get Sony's rationale here: none of the Xperia 1s at MWC were running final software, and it didn't want to show off incomplete features and give people the wrong impression. Fine. But for once, Sony has made a truly fascinating smartphone that we couldn't wait to try out, and we were ultimately left wanting.