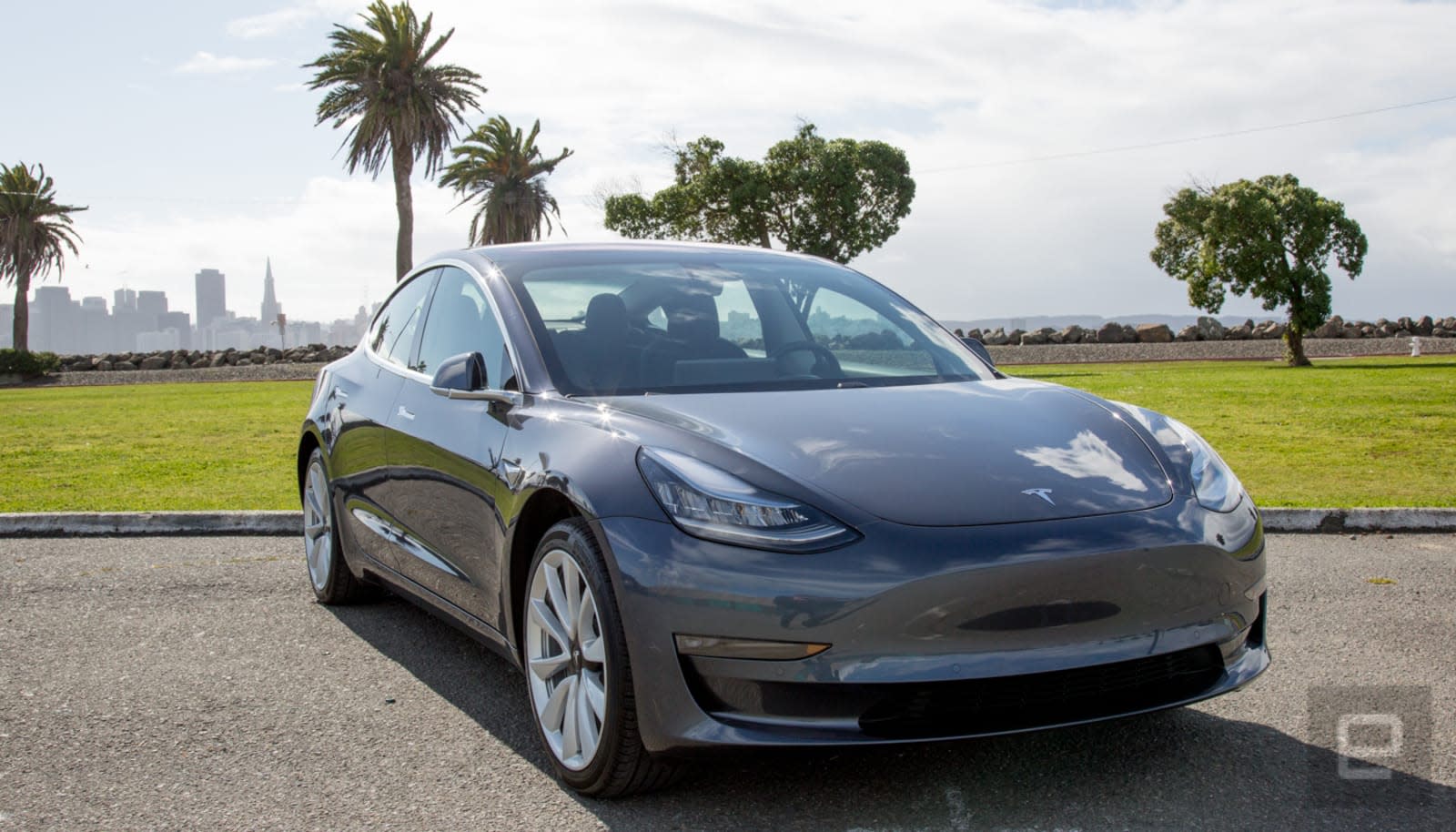 Just weeks after Tesla launched sales of the long-awaited, $35,000 Model 3 in the states, CNBC reports that the company will sell the car in Mexico -- though it will cost $42,000 there. This makes Mexico one of the only other countries you can get the Model 3, and it indicates that Tesla is capable of higher production.

As we've reported previously, the Model 3 has a 220-mile range and a top speed of 130 miles per hour. It was originally touted for its relatively low price point, and according to CNET, there's no word yet on why it costs $7,000 more in Mexico (it could be a matter of import tax, but we're not sure yet). In this price range, Tesla is competing with the likes of Chevy Bolt, Kia Niro EV and Hyundai Kona EV. Given Tesla makes its cars in the US, opening sales in Mexico is a way for Tesla to expand its reach without needing to ship overseas. It also means the company is confident it can keep up with production in the US, which is good news considering Tesla was previously investigated by the FBI for its Model 3 production delays.

This comes just weeks after the Tesla announced it is moving to online-only sales and as its Shanghai assembly plant nears completion. That factory will give the company another way to expand its footprint without having to worry about shipping costs.

In this article: business, cars, electric vehicle, ev, gear, mexico, model 3, tesla, thebuyersguide, transportation
All products recommended by Engadget are selected by our editorial team, independent of our parent company. Some of our stories include affiliate links. If you buy something through one of these links, we may earn an affiliate commission.