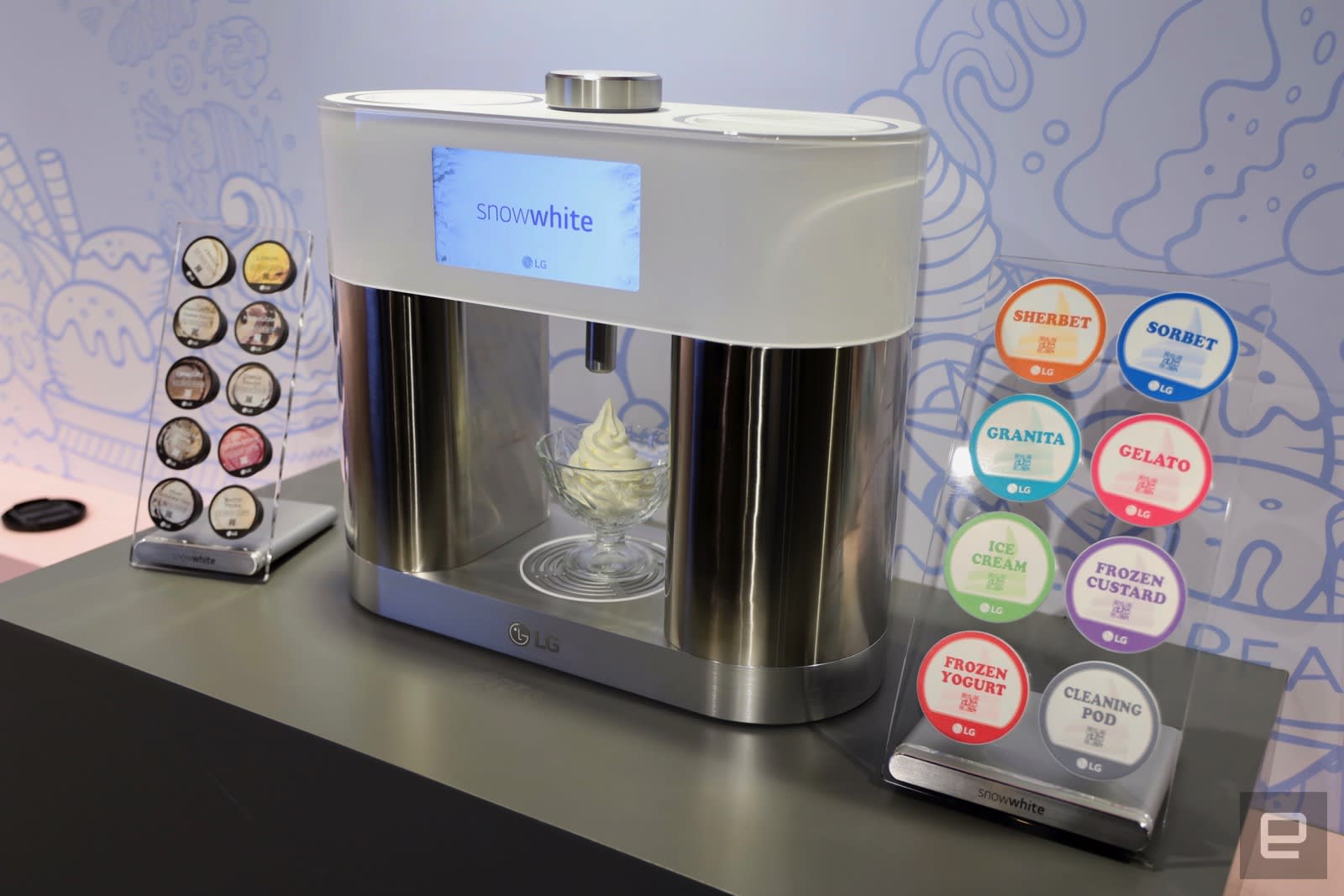 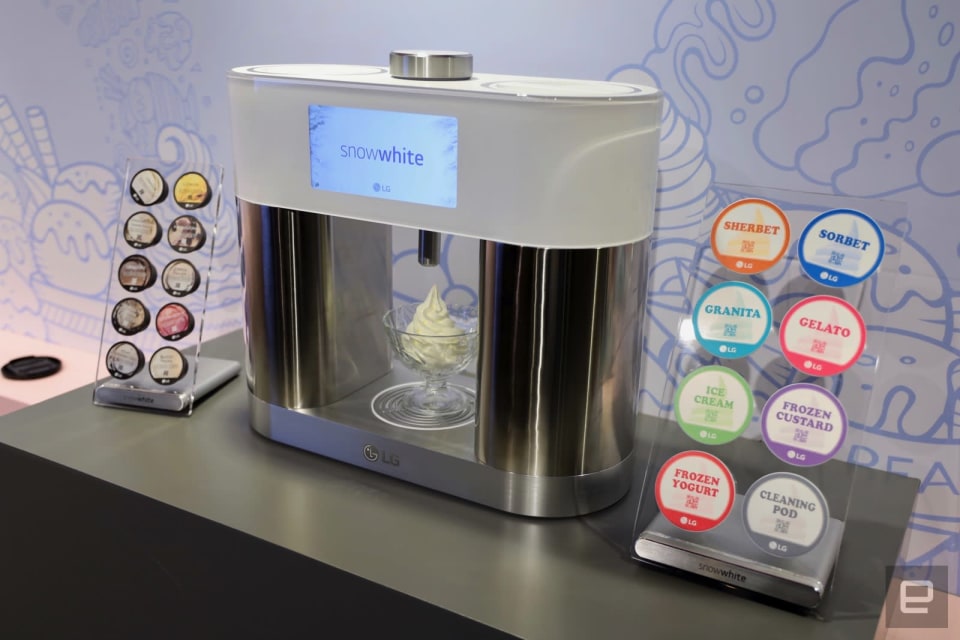 SXSW 2019 isn't just about films, politicians, designers and social media founders. There are also gadgets here to check out. Enter LG's SnowWhite, a concept machine designed to let you easily make ice cream at home. The SnowWhite is basically like a Keurig, featuring a pod-based system that allows you to choose the base and flavor for a variety of frozen desserts. That means it isn't just limited to ice cream: You might also be able to make gelato, granita, sorbet, yogurt and more. I say "might" because LG is adamant that the SnowWhite is only a prototype right now -- this is more about showing off what the company thinks it can create for your home.

That said, LG did just introduce its automated HomeBrew machine at CES 2019, so the SnowWhite could eventually become a reality. If it does, LG says you'll be able to make ice cream, gelato or any of the other desserts listed above in two to five minutes. In addition to that, the system can clean itself and may offer both a touchscreen and physical dial for controlling its settings. Unfortunately, the SnowWhite at SXSW wasn't a working model, which is disappointing because it would've been great to have a scoop in this Texas heat. But, considering the popularity of Keurigs, the SnowWhite isn't a bad idea.

Now I just hope LG adds some sort of smartphone integration in the future, because that would make my life even easier. I could just pull out my phone, use an app to tell the SnowWhite what to make me and in a few minutes, boom, I'd have ice cream waiting for me in the kitchen. Ultra lazy status achieved. In this article: gadgetry, gadgets, gear, hands-on, home, homemade, ice cream, ice cream maker, keurig, lg, snow white, snowwhite, sxsw, sxsw2019
All products recommended by Engadget are selected by our editorial team, independent of our parent company. Some of our stories include affiliate links. If you buy something through one of these links, we may earn an affiliate commission.