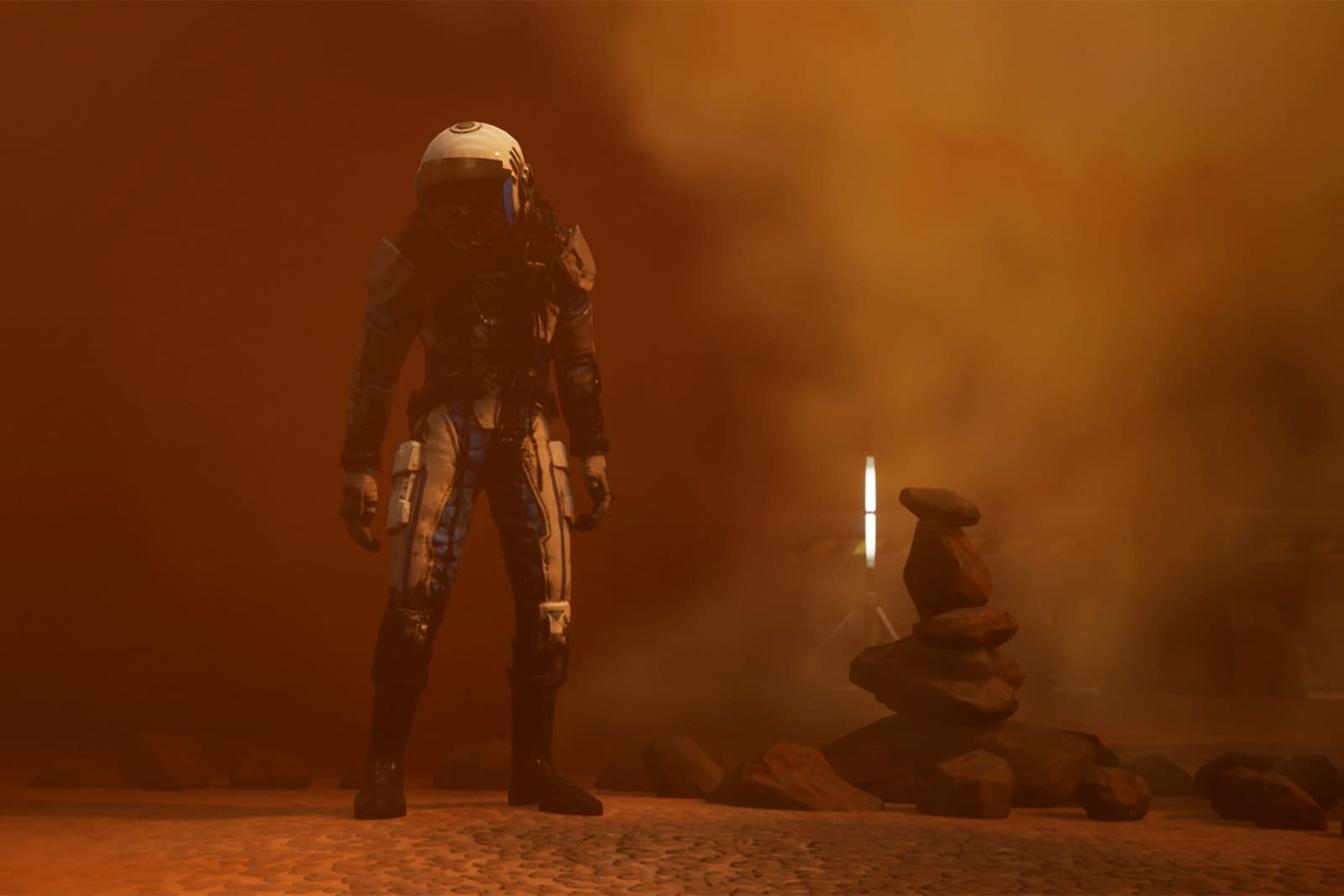 There aren't many great H.P. Lovecraft-inspired games, let alone ones that venture outside of Lovecraft's time period, but Rock Pocket Games and Funcom think can do both at once. They've announced Moons of Madness, a "cosmic horror" game that blends Mars exploration with Lovecraftian supernatural elements and at least a few cues from Dead Space. You assume the role of a technician at a Mars base who grapples with failing systems, a missing EVA team and strange visions, all of which ties into a strange signal emanating from the planet. You're fighting both against very real (and appropriately tentacled) enemies as well as your own possible insanity.

The title exists in the same universe as the earlier Secret World Legends, although Funcom stresses that you don't need to have played SWL to enjoy the newer release.

Moons of Madness is due to ship "during the Halloween season" on PC, PS4 and Xbox One. It's hard to say if this will be a dream game for horror fans given the many unknowns, not the least of which are the basic game mechanics. However, some of the right ingredients are there -- it's just a matter of putting them together in a compelling way.

In this article: av, funcom, games, gaming, horror, lovecraft, mars, moons of madness, personal computing, personalcomputing, ps4, rock pocket games, video, video games, xbox one
All products recommended by Engadget are selected by our editorial team, independent of our parent company. Some of our stories include affiliate links. If you buy something through one of these links, we may earn an affiliate commission.