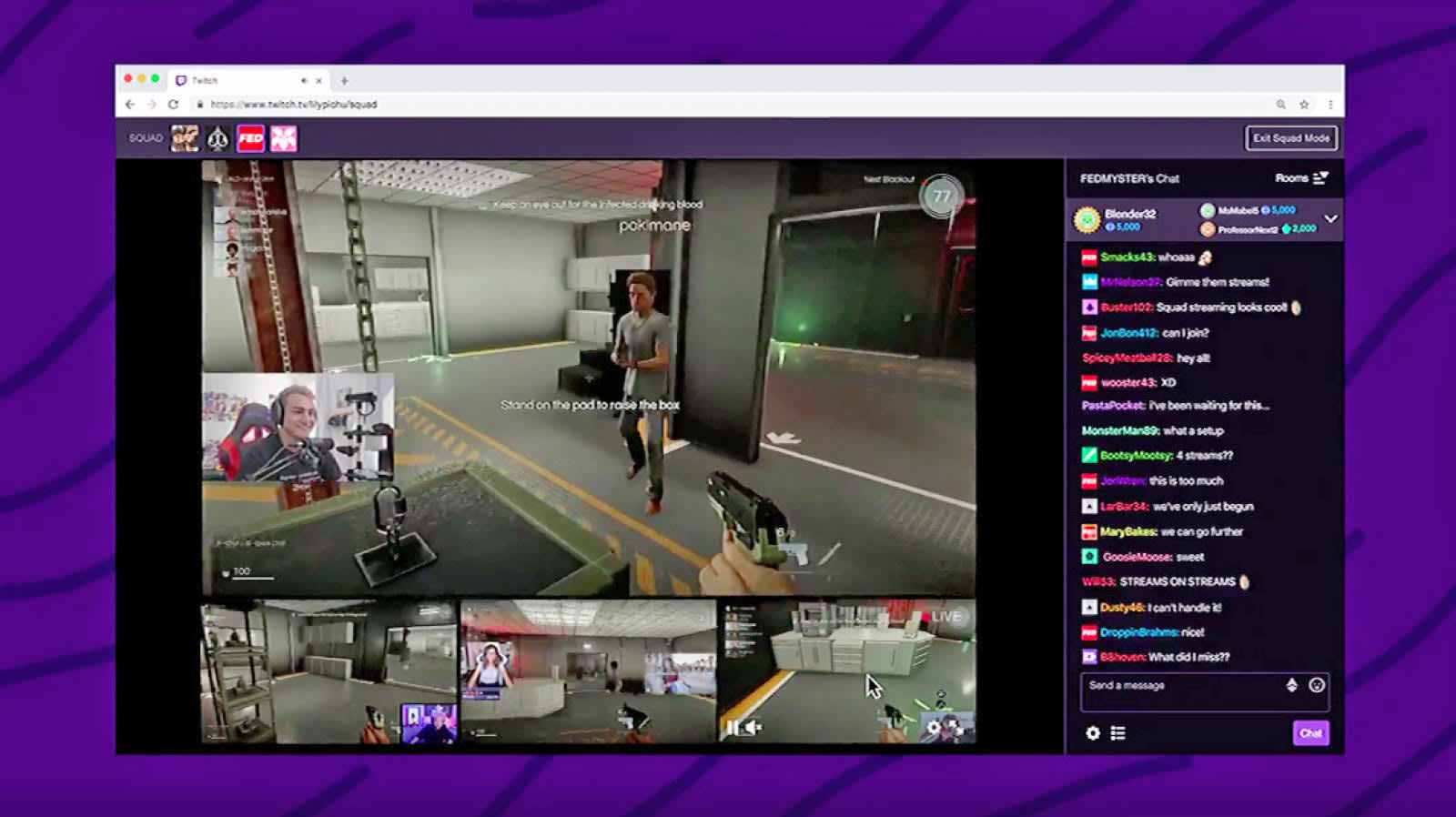 Multi-view streaming has already invaded the live sports arena, but it's always made sense for multiplayer gaming. Enter Twitch, which is today debuting its Squad Stream feature that lets up to four creators livestream together in the same window.

Viewers will be able to jump in from a creator's page on desktop and mobile, enlarge the broadcast they want to focus on, while keeping an eye on the others, and chat to each creator's community at the same time. Not only does that equal more angles to watch the action from -- which should enhance everything from battle royales on Apex Legends to simultaneous Mario 64 speedruns -- but will also offer more exposure to fledgling streamers.

Though it's hardly a novel idea (defunct game streaming service OnLive introduced multi-view back in 2012) it keeps Twitch one step ahead of its rivals. That could prove critical as Google and Microsoft get set to release their Netflix-style game streaming platforms. Last week, we learned YouTube would be heavily integrated into Google Stadia. And Microsoft has previously announced it is adding Mixer to its stacked developer toolkit ahead of its Project xCloud unveiling at E3.

In this article: av, gaming, LiveStreaming, multi-view, multiview, twitch
All products recommended by Engadget are selected by our editorial team, independent of our parent company. Some of our stories include affiliate links. If you buy something through one of these links, we may earn an affiliate commission.