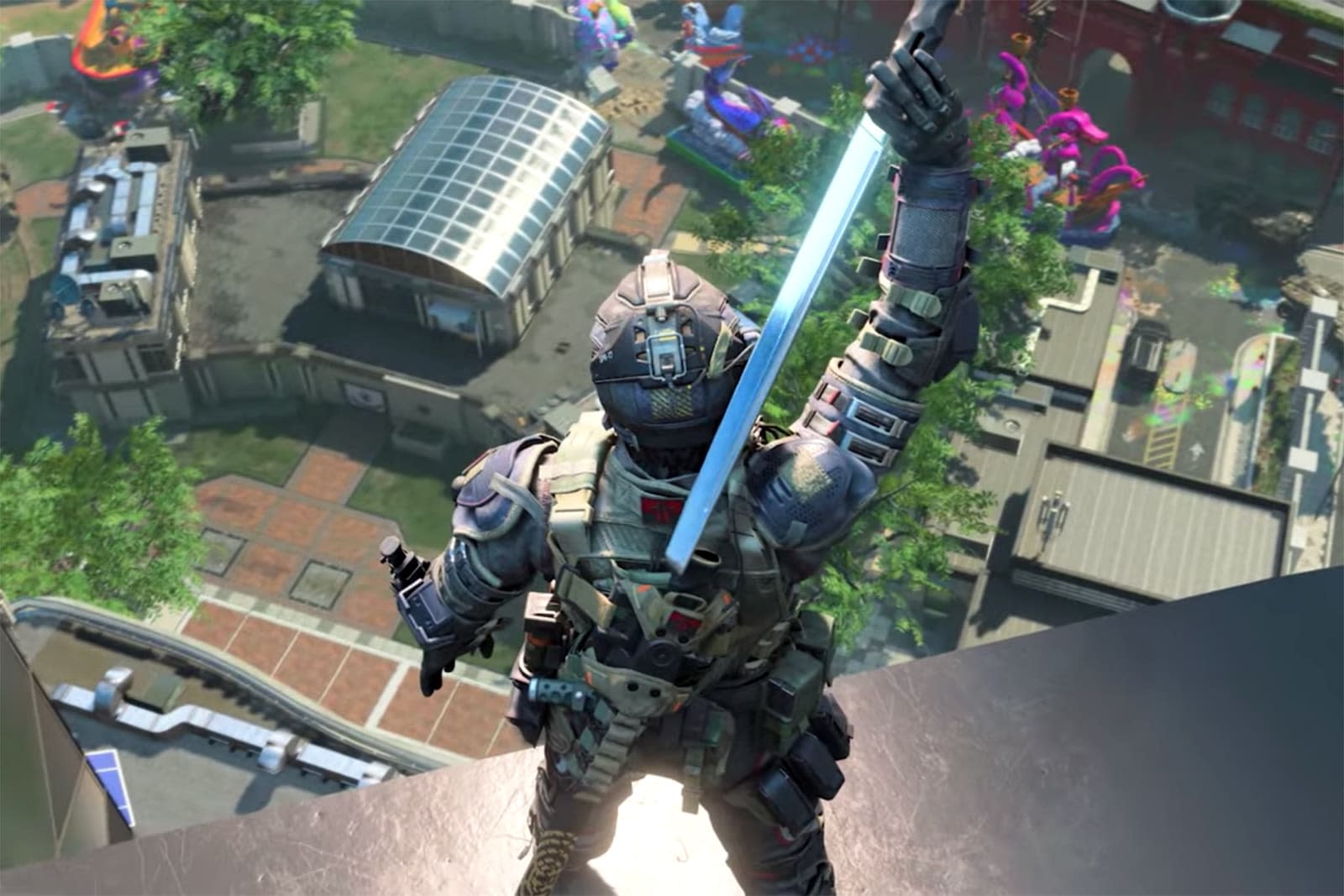 Treyarch and Activision are determined to keep Black Ops 4 lively in the face of stiff competition. They're debuting a new season ("Operation Spectre Rising") on April 30th, and you can expect a steady stream of updates that might just be meaningful. The centerpiece on launch will be the return of Spectre, a sword-brandishing Specialist. As you might guess, his focus is on agility -- he can roll and otherwise do his best to get up close and slash his opponents. In Blackout, you have to discover him as a "Spectre stash" that switches your character and gives you a distinct edge over your rivals.

You'll also see the return of Prop Hunt (hide and seek where you disguise yourself as an object) as well as a trio of new maps, a new light machine gun and a new melee weapon. In Blackout, map updates are the stars of the show -- a Wetworks change on the original map has flooded a large region and encourages the use of boats. New characters and a dart also spice things up. The Alcatraz map has been improved, too. Zombies fans, meanwhile, have a Super Blood Wolf Moon Gauntlet and new weapons.

Throughout the season, you can expect other functional upgrade. A capture the flag mode should liven up conventional multiplayer, while Blackout will throw an attack helicopter into the mix along with a Ground War option. More gauntlets are coming to Zombies as well.

The new season premieres first on PS4. This probably won't tear you away from the likes of Fortnite or Apex Legends, but it doesn't have to. This is ultimately about keeping existing fans happy where they might otherwise drift toward other titles.

In this article: activision, av, battle royale, black ops 4, blackout, call of duty, call of duty black ops 4, games, gaming, personal computing, personalcomputing, ps4, treyarch, video games, xbox one
All products recommended by Engadget are selected by our editorial team, independent of our parent company. Some of our stories include affiliate links. If you buy something through one of these links, we may earn an affiliate commission.