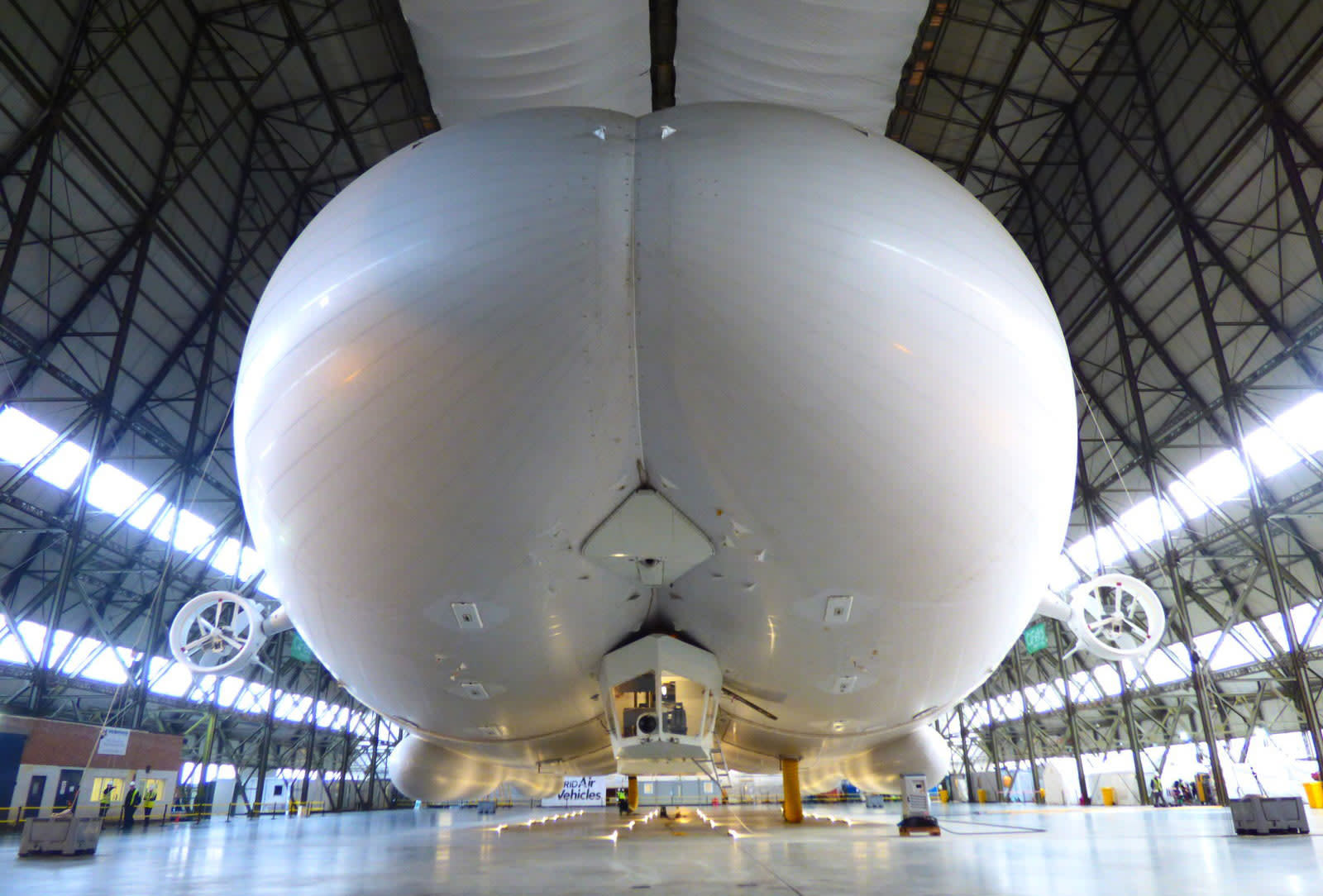 The company behind the world's longest aircraft, Airlander 10, has been awarded more than £1 million ($1.3 million) to convert it into an all-electric vehicle. The test version of the slightly obscene-looking British blimp was retired back in January to make way for a production model, and it looks like said model will scrap combustion for a greener type of flight.

The project has been funded by the UK Aerospace Research and Technology Programme and is nicknamed E-HAV1 after Hybrid Air Vehicles (HAV), the company that makes the 302-foot combination of airplane and airship. However, as with everything that's happened to Airlander 10 so far, it probably won't be smooth sailing.

Aviation consultant Tony Dixon isn't convinced £1 million will be enough for the ambitious project, which will use the combined expertise of HAV, Collins Aerospace and the University of Nottingham to replace the blimp's engines with electric propulsion.

This will require creating a full-sized 500kW electric engine, work which will likely take years to complete. When ready, the craft will "support a broad range of activities from passenger travel to fisheries protection," says HAV.

The test version of Airlander 10 flew just six times, two of which ended badly: it hit the ground on its second ever outing, and on another occasion managed to hurt someone when it broke away and deflated.

The project to turn the aircraft electric is part of HAV's plan to reduce the carbon footprint of flying and "move us closer to our goal of zero-carbon aviation," says Chief Executive Stephen McGlennan. The new design for the electric aircraft is underway now, and production will commence shortly.

In this article: aircraft, airlander 10, electric, ev, green, tomorrow, transportation
All products recommended by Engadget are selected by our editorial team, independent of our parent company. Some of our stories include affiliate links. If you buy something through one of these links, we may earn an affiliate commission.