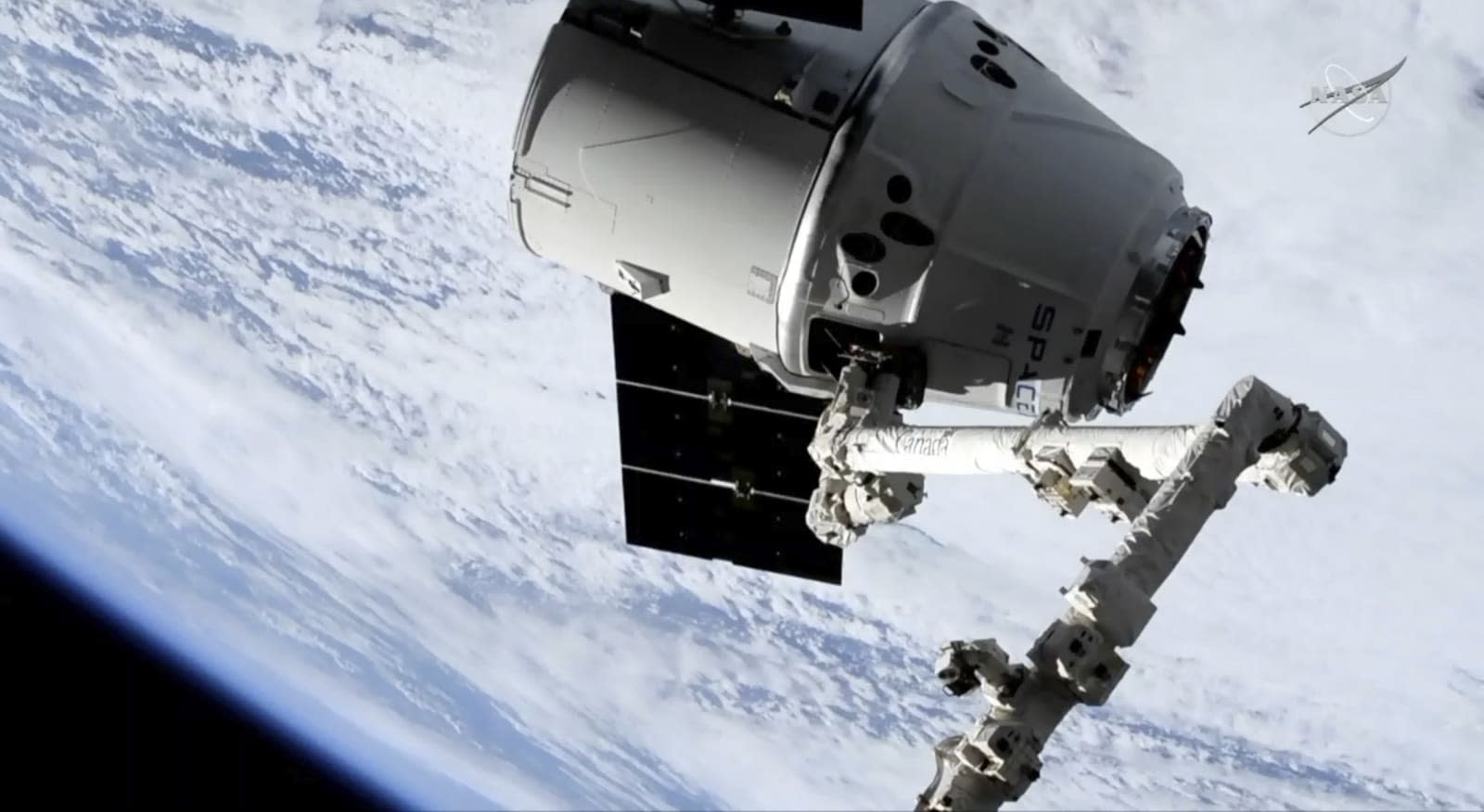 A SpaceX Dragon cargo spacecraft successfully made its way to the International Space Station (ISS), with approximately 5,500 lbs of NASA cargo and science experiments. It launched Sunday from Cape Canaveral Air Force Station in Florida, and it arrived today, joining five other spacecraft currently docked at the station.

SpaceX recently confirmed that its Dragon capsule meant to carry crew to the ISS was destroyed in a test last month, but things seem to be going better for the company's supply launches. On this trip, SpaceX carried significantly more tonnage than it did on its first supply run, in which its Crew Dragon delivered 400 lbs of supplies and a human-shaped Ripley test device. The science experiments included on this mission will allow astronauts to measure Earth's CO2 from space, explore how microalgae might improve recycling aboard the space station, speed up "organ on chip" experiments and study regolith -- the dusty, fragmented debris covering asteroids and moons.

This mission suggests SpaceX is pushing ahead, despite the loss of its Crew Dragon capsule. The company has said it still plans to send another, crewed capsule to the ISS -- though we don't know when that will happen.

Two days after its launch from Florida, the @SpaceX #Dragon cargo spacecraft was installed on the Earth-facing side of the station's Harmony module at 9:32 am ET. https://t.co/zthxpIFrlG pic.twitter.com/R39jKRzILT

In this article: cargo, dragon, experiment, gear, international space station, iss, nasa, space, spacecraft, spacex
All products recommended by Engadget are selected by our editorial team, independent of our parent company. Some of our stories include affiliate links. If you buy something through one of these links, we may earn an affiliate commission.