The Bird One also offers GPS and remote locking.

The e-scooter market feels like it's growing faster than you can speed down the street on one, which is pretty fast indeed. Today, micromobility company Bird has unveiled its newest model, Bird One, which promises to be significantly more durable than existing e-scooters, especially when used as part of a shared fleet.

Bird says the Bird One is "the culmination of tens of millions of rides, cutting edge product design and engineering, safety certifications, and rigorous road tests," and is designed to last far longer as a shared vehicle than previous models.

The successor to the Bird Zero, Bird One's battery lasts twice as long, covering up to 30 miles on a single charge. Its energy storage system has been upgraded to better resist rain, dust and bad weather, and the steel-reinforced aluminum frame has had a density bump for improved robustness. 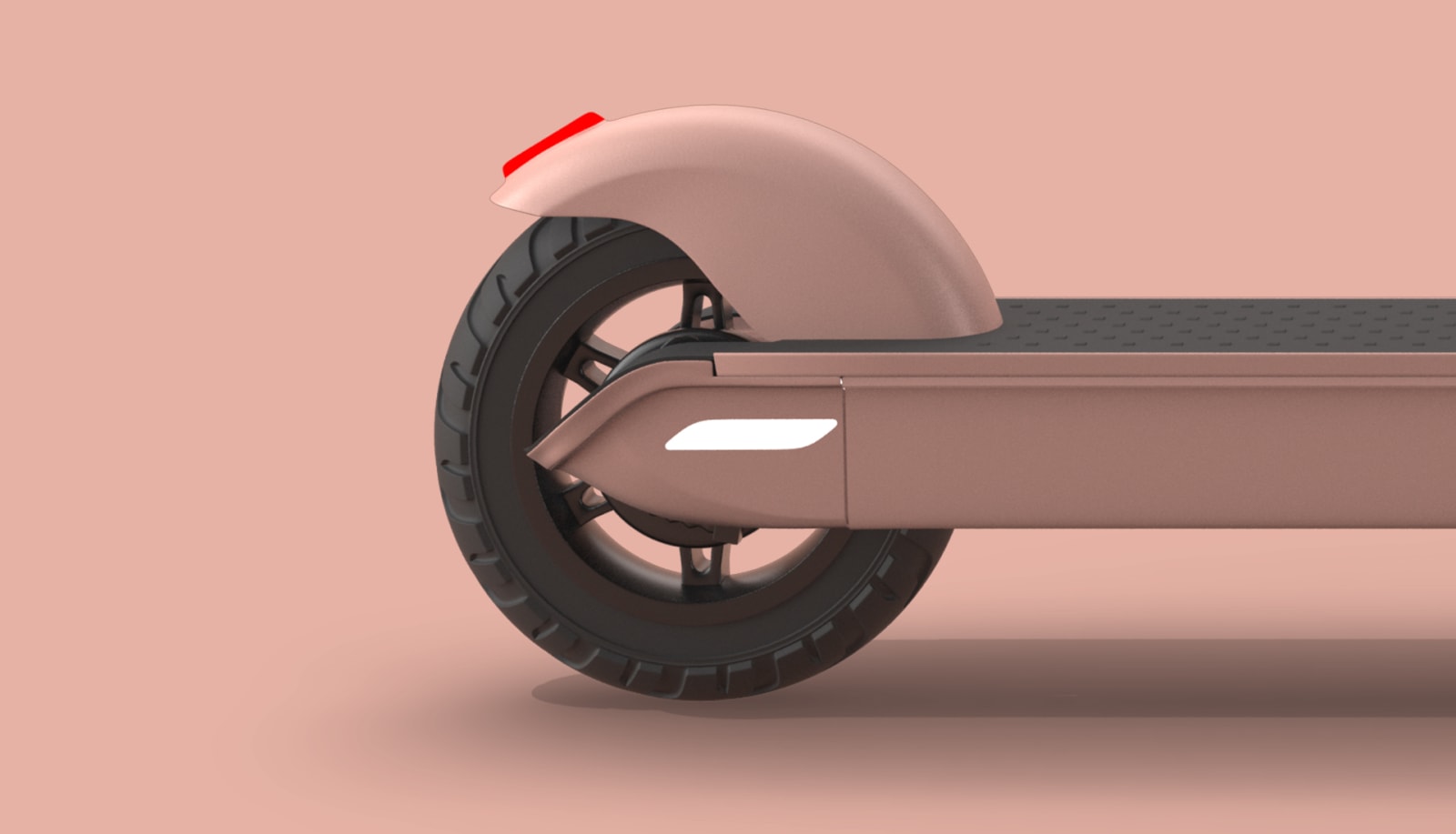 Bird One also features semi-solid tubeless wheels which promise a smoother ride on chaotic city roads, as well as suffering fewer flats. In a significant upgrade from the Bird Zero, the One can be tracked and digitally locked via the Bird app, using its onboard connection and GPS.

"Nearly two years ago, we launched our sharing business with retail, consumer e-scooters that lasted about three months in the sharing environment," says Travis VanderZanden, founder and CEO of Bird. "In 2018, we introduced the industry's first scooter designed and engineered specifically for the sharing market, Bird Zero."

Bird One is available to rent from today as part of the company's shared e-scooter fleet, starting in Los Angeles, then North America and the rest of the Bird network.

Pre-orders are also open now for a limited time to buy the Bird One for home use. The scooter comes in Jet Black, Dove White and Electric Rose and costs $1,299. The price includes $100 of credit for the shared fleet, a one-year warranty, and access to the Bird Hunter Network, "a team of individuals trained to recover missing Birds."

Pre-orders are expected to ship this summer.

All products recommended by Engadget are selected by our editorial team, independent of our parent company. Some of our stories include affiliate links. If you buy something through one of these links, we may earn an affiliate commission. All prices are correct at the time of publishing.
View All Comments
Bird says its new One e-scooter can survive a year of abuse