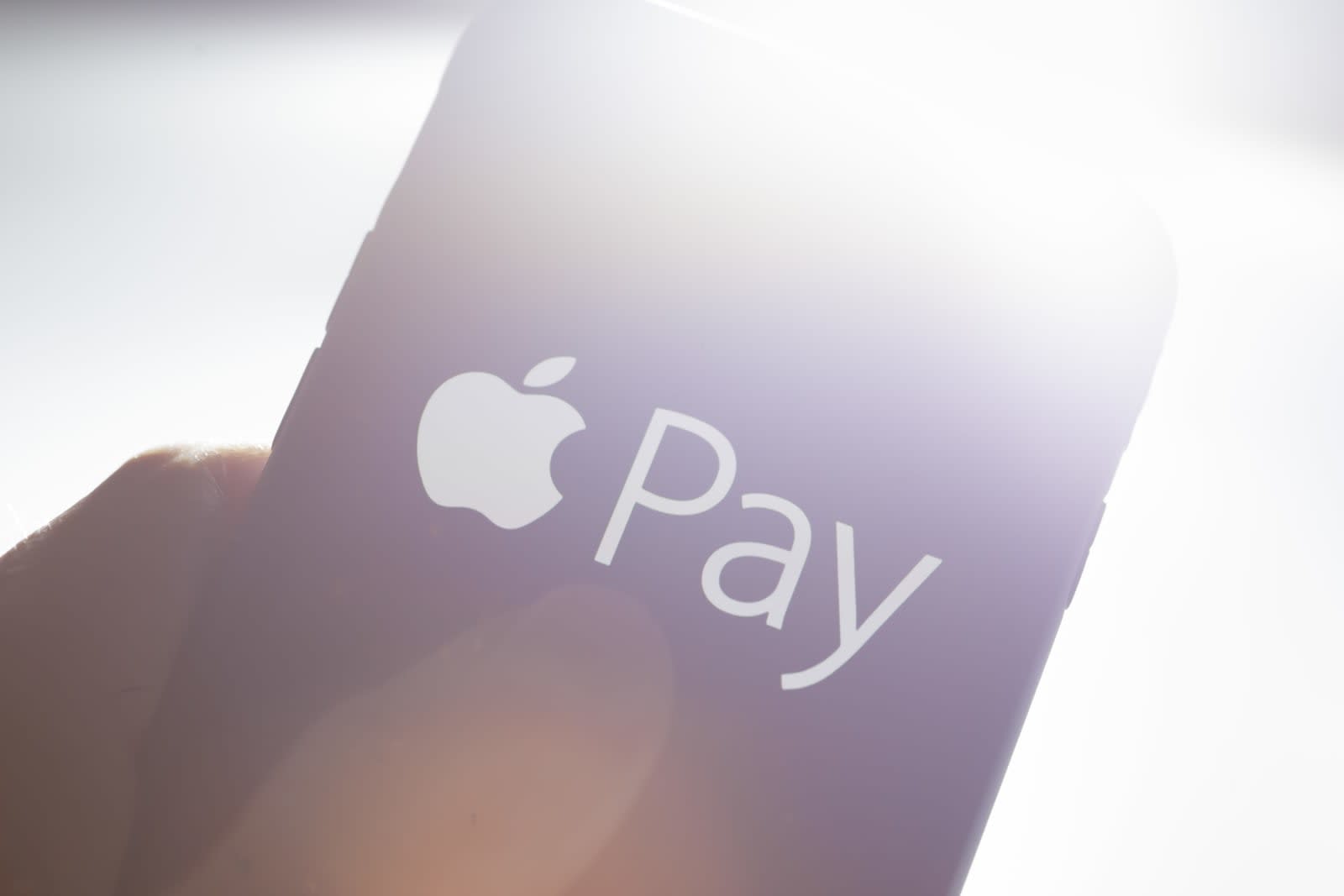 Apple is reportedly working on a new NFC feature that will allow iPhone users to make Apple Pay purchases by tapping special, NFC-equipped tags. That means retailers won't need bulky terminals, and iPhone users won't need to download a third-party app before, say, buying clothes or adding miles to their scooter rental. According to 9to5mac, Apple is partnering with Bonobos clothing store, PayByPhone parking meters and Bird scooters on the initial roll out.

Bonobos reportedly plans to place the tags -- which will be applied like stickers -- on its clothing racks. To make a purchase, users will simply tap their iPhones on a tag. The purchases won't require a third-party app, and the items will be delivered to users' homes. Similarly, users would be able to tap stickers on scooters or parking meters to pay. The feature could roll out later this year, and we'll likely hear more about it at the Apple Worldwide Developer Conference next month.

Apple announced support for NFC stickers/tags that trigger Apple Pay for payment without having an app installed. Imagine tapping your phone on a scooter or a parking-meter and paying for it without signing up or downloading an app first. #ApplePay https://t.co/owgOsH3N7L pic.twitter.com/jpxUf7H6v6

In this article: apple, Apple Pay, bird, bonobos, business, gadgetry, gadgets, gear, iphone, mobile, nfc, parking meters, PayByPhone, purchases, scooter, stickers, tags, wwdc
All products recommended by Engadget are selected by our editorial team, independent of our parent company. Some of our stories include affiliate links. If you buy something through one of these links, we may earn an affiliate commission.