Apple's new TV app is a work in progress

It's the beginning of a big change for Apple.

Apple's approach to digital video can best be described as slow and steady. While iTunes and the iPod effortlessly transformed the way we purchased and listened to music, it took the company years to figure out how to position the Apple TV. For the most part, films and TV were just additional categories in iTunes, which, as its name implies, was primarily focused on music. But now that Apple finally has a solid 4K set-top box, the next issue is helping people organize everything they have to watch.

That's where the company's new TV app comes in: It'll let you keep track of the shows and movies you're watching, highlight noteworthy content and give you an easy way to subscribe and watch premium content from networks like HBO and Showtime. In theory, it's the sort of seamless experience we've come to expect from Apple. In practice, though, it's clear that the company still has work to do. 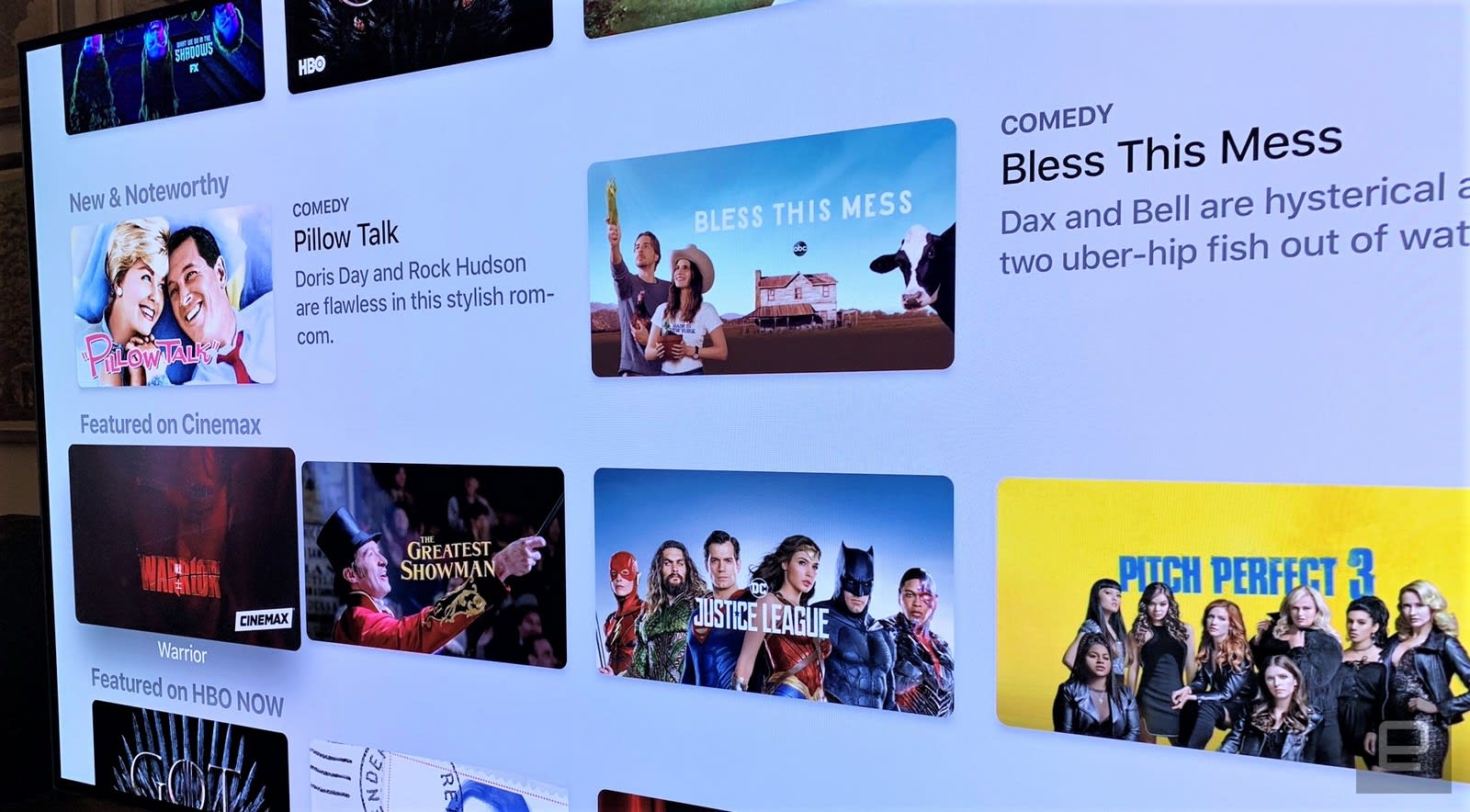 On the face of it, the new TV app just looks like a redesign of the previous one, which debuted in 2016. It, too, attempted to keep track of what you were watching, but that was pretty much it. The new version adds a top menu, allowing you to easily jump into movies and TV shows available across iTunes and third-party apps, along with sports and kids programming. You can also quickly jump into your library or search from content from the menu. None of these are bold new features for Apple's content ecosystem, but what's key is that the new TV app makes them all easily accessible from one place. Eventually, it'll likely replace the separate Movies and TV Shows apps on the Apple TV. (For now, they all awkwardly duplicate the same functionality.)

For the most part, you'll be spending time in the TV app's main "Watch Now" section. That's where you can quickly resume a show or movie you've been watching, or hop to the next episode. It's also where Apple's curation kicks into overdrive. There are suggestions for hot shows to watch, new and noteworthy entries, and content featured on Channels partners like HBO. There's a timely selection of Game of Thrones episodes to watch. Apple also said there would be a personalized "For You" section of recommendations, but that hasn't launched yet. 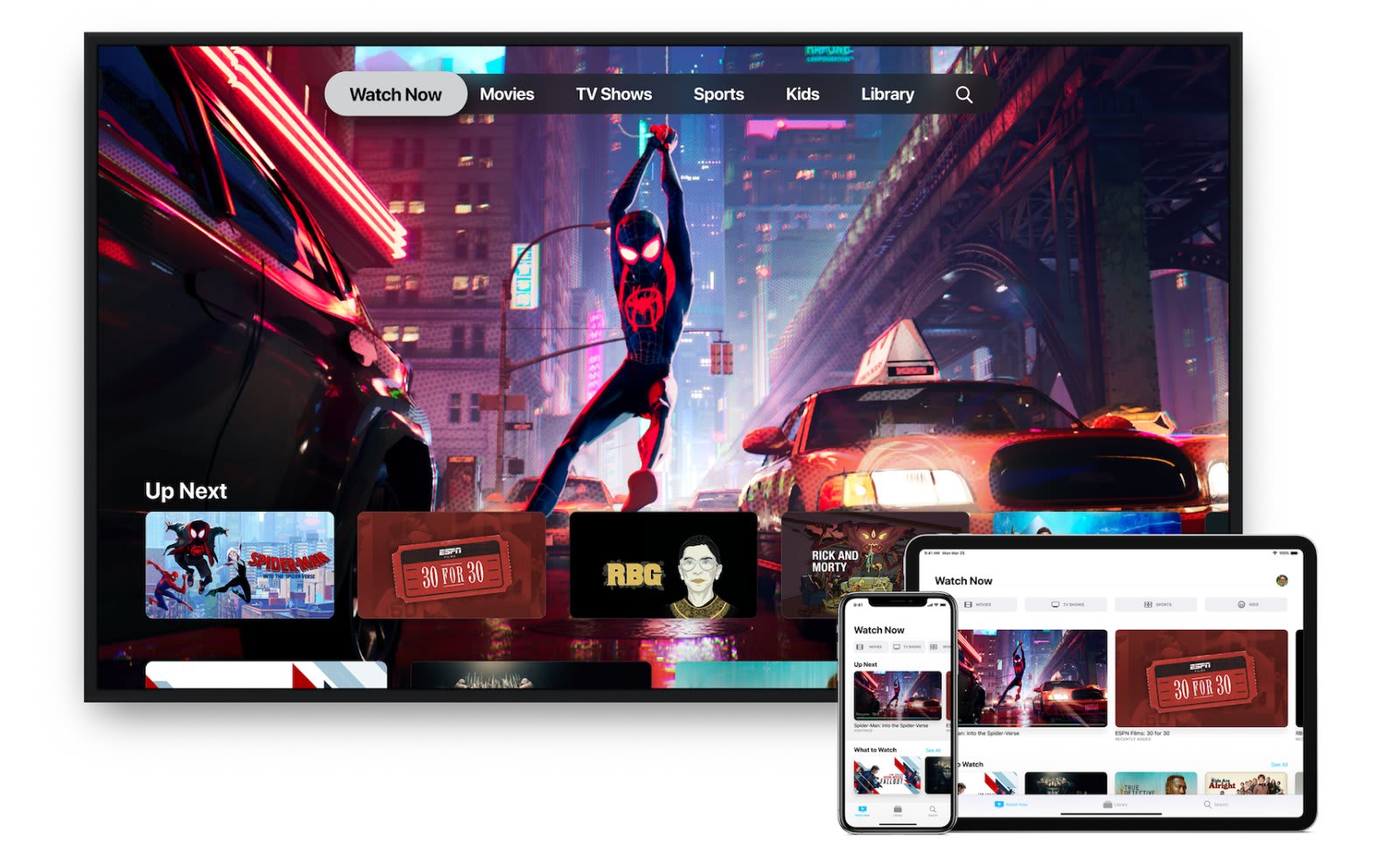 At this point, Apple's TV recommendations are pretty basic -- a true TV connoisseur already knows that HBO's Barry is something you have to watch -- but they might be useful for more mainstream viewers. And while the "Watch Now" section is helpful, there's no support for Netflix shows, which leaves out most of the shows I'm bingeing.

Channels is undoubtedly the biggest new feature Apple debuted this week. It lets you quickly subscribe to content from HBO, Showtime, Cinemax and a handful of other services. The concept isn't exactly new, as Amazon is doing pretty much the same thing with its own Prime Video Channels, but it's a new level of convenience for Apple users. You could always subscribe to HBO Now or Showtime from their respective apps, but first you'd have to download, install and step through their subscription process. With Channels, it just takes a few clicks to start watching a whole new network. The entire subscribing and viewing experience happens within the TV app. (I noticed a bug at one point where the iPhone TV app was directing me to download third-party apps, but that's been resolved.) 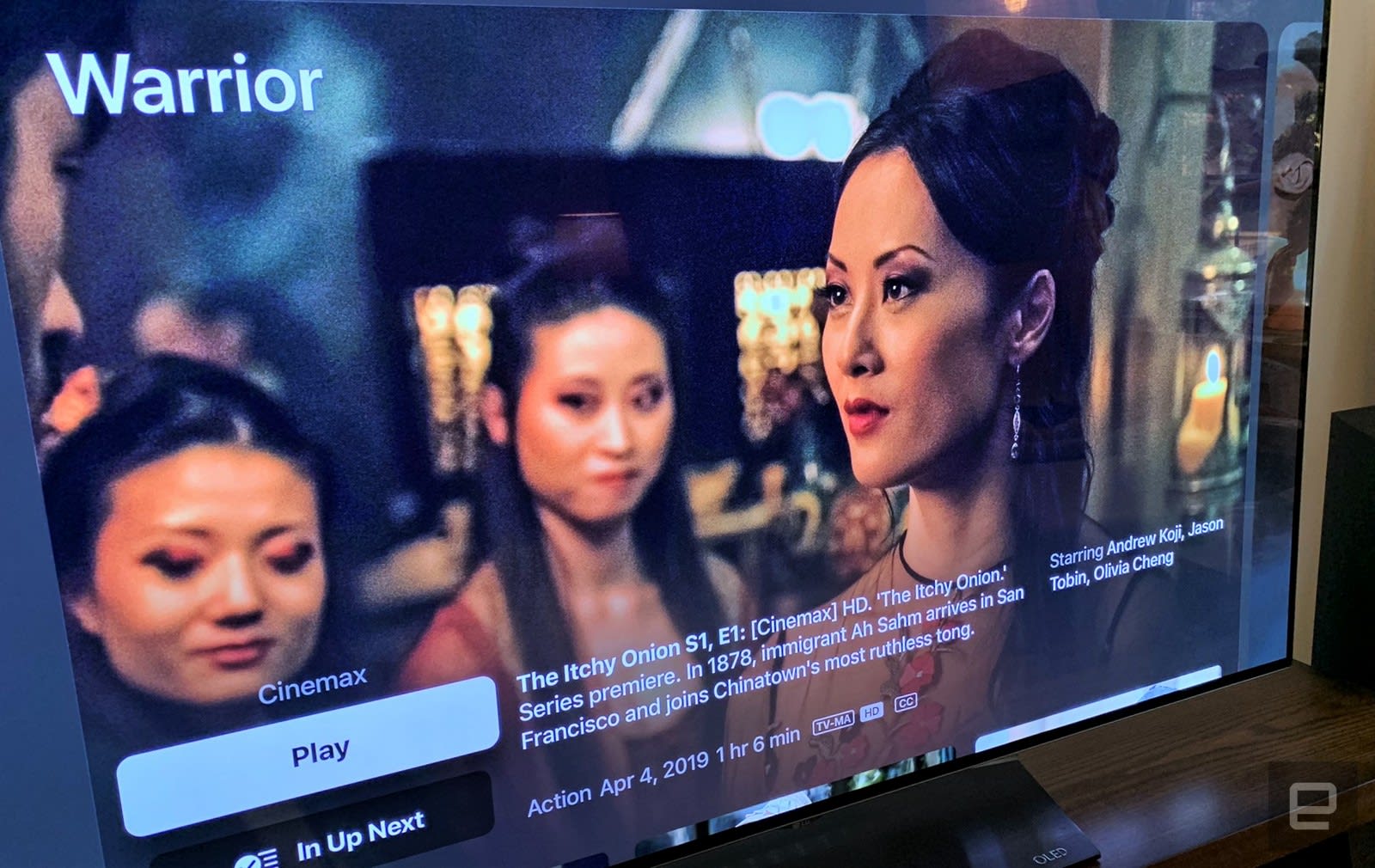 Best of all, you can also download episodes and films for offline viewing from the TV app. That's something premium apps like HBO Now don't yet offer. It's the ideal option for someone who can't stay up late to watch a 90-minute episode of Game of Thrones -- they could just download the episode and catch up during their commute.

On my Apple TV 4K, I was able to subscribe to Cinemax in around 10 seconds. I got a free weekly trial to check out the network -- something you'll get from every Channel -- and I was informed that I'll be charged $10 a month afterward. (The pricing varies from every network. HBO charges its typical $15 a month, while PBS Living is just $3.) With my subscription in hand, I hit play on the first episode of Warrior and it started up almost instantly. It's a show I've been meaning to watch for a while, but it's a bit tough to access since I don't have cable, and there's no standalone Cinemax Apple TV app. (I could have subscribed to the Cinemax Amazon Prime Channel outside of the Apple TV, but I've been too lazy for that.) 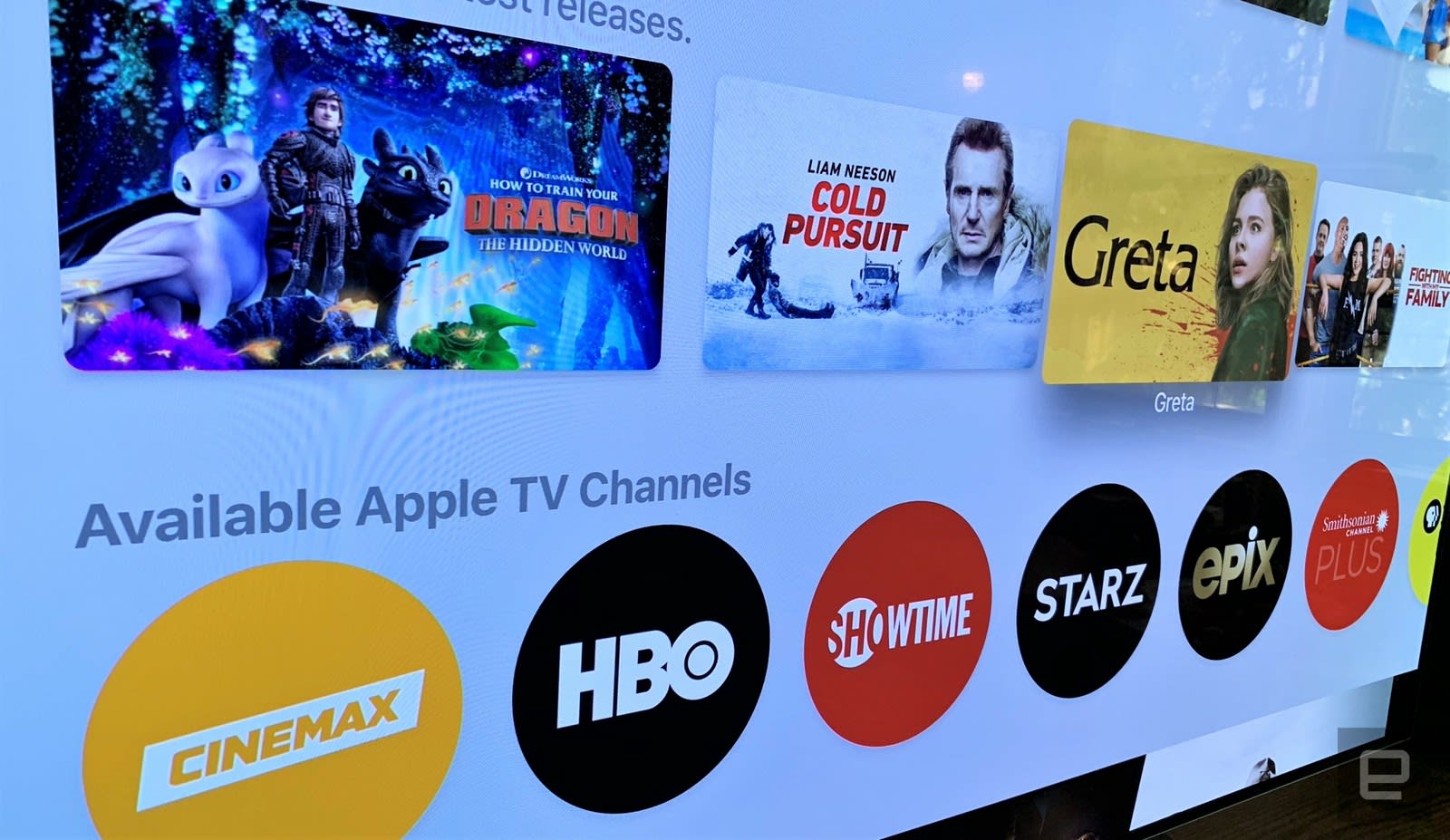 Channels is exactly what Apple promised: an a la carte way to watch premium TV networks. But it's still pretty limited so far. HBO, Showtime and Cinemax are the biggest providers so far, but beyond that, you've got smaller streaming services and networks, like CBS All Access, Epix and Shudder. The selection is rounded out with channels I've never even heard of, like the History Vault and Up Faith and Family. There's no FX or AMC, which airs The Walking Dead, one of the most popular shows on TV. For Channels to be truly useful, Apple needs to score more content deals. Otherwise, most people would be better off subscribing to something like SlingTV, which offers live and on-demand programming.

We'll have to wait until the fall to see Apple TV+, the company's original subscription service, which will also live inside the TV app. For now, Apple is basically laying the groundwork for what's to come. Notably, it's also bringing the TV app to Samsung smart TVs, as well as AirPlay 2 and HomeKit support to Vizio, LG and Sony sets later this year. Just like how Apple needed to bring the iPod and iTunes to Windows to make them succeed, it has no choice but to open up its video platform if it wants to be taken seriously.