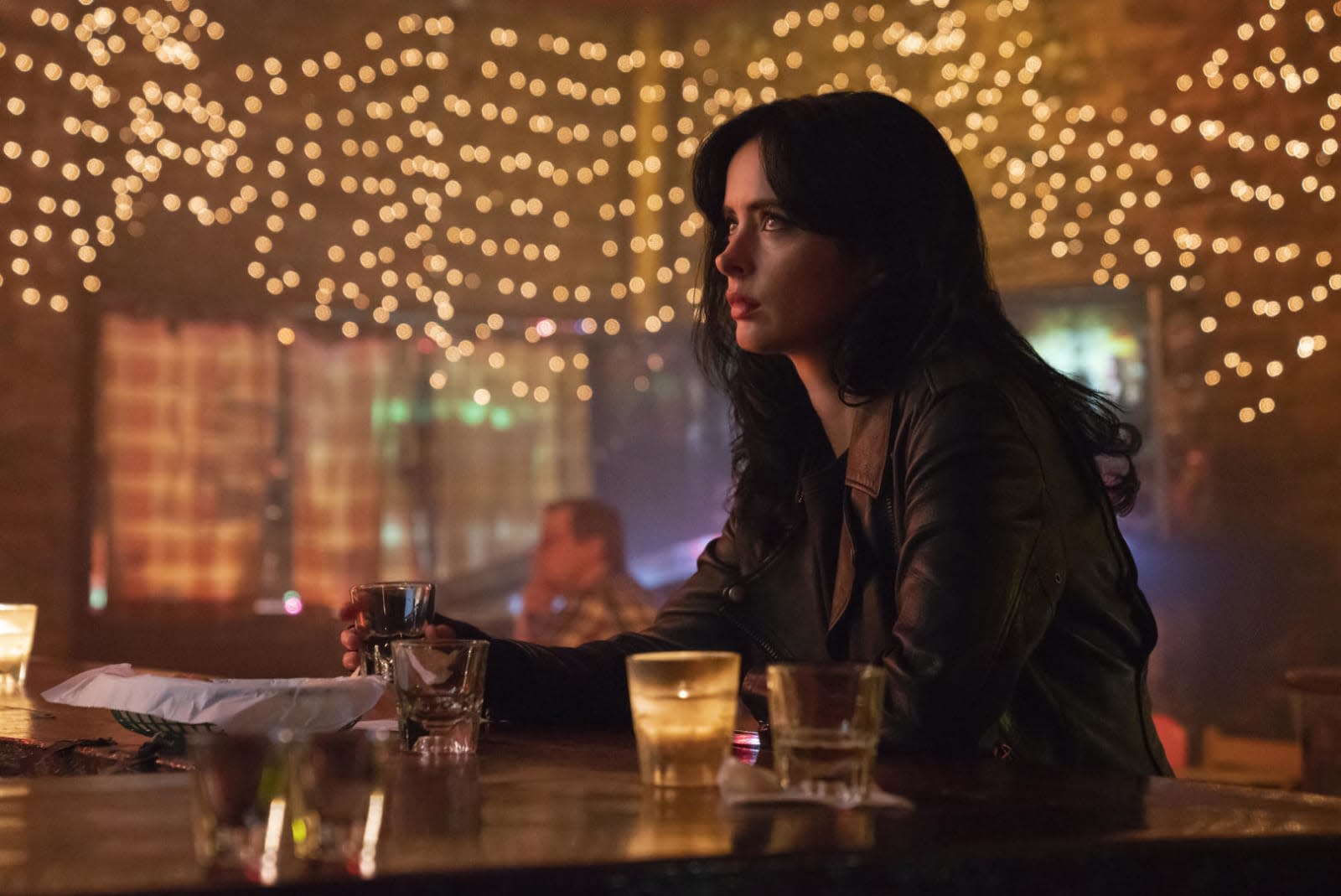 Netflix packed May with new movies like Wine Country, the animated series Tuca and Bertie, a Ted Bundy biopic and more. Now, it's bringing just as much new content and star power to June. In just the first half of the month, Netflix will release season five of Black Mirror -- a three episode run, which you can watch trailers for now -- and the third and final season of Jessica Jones.

Aggretsuko -- an anime series about a death metal karaoke singing panda -- returns for its second season. June's other new anime titles include 7SEEDS, Forest of Piano: Season 2 and Kakegurui xx. Netflix will also add Ralph Breaks the Internet -- a satirical cartoon about the monetization of the web and its impact on humans -- and the animated film Pachamama.

As for new comedy specials, you'll find Mike Epps, Miranda Sings, Jo Koy and Adam Devine. And if you can stand another Adam Sandler Netflix movie, there's Murder Mystery starring Sandler and Jennifer Aniston, a vacationing couple who get framed for the death of an elderly billionaire.

Towards the end of the month (June 26th), Netflix will add Spider-Man: Into the Spider-Verse. And you'll have to wait until July for perhaps the most anticipated summer release, Stranger Things 3, which debuts on July 4th, along with a companion video game. July will also bring the final season of Orange is the New Black, which begins July 26th.

Come for the awe-inspiring animation style(s), stay for a beautiful story about the importance of family, teamwork, and believing in yourself.

In this article: adam sandler, Aggretsuko, anime, av, bill hader, black mirror, clarence avant, comedy, documentary, documentary now, entertainment, jack black, jessica jones, june, netflix, ralph breaks the internet, season, series, streaming tv, the black godfather, the confession tapes
All products recommended by Engadget are selected by our editorial team, independent of our parent company. Some of our stories include affiliate links. If you buy something through one of these links, we may earn an affiliate commission.