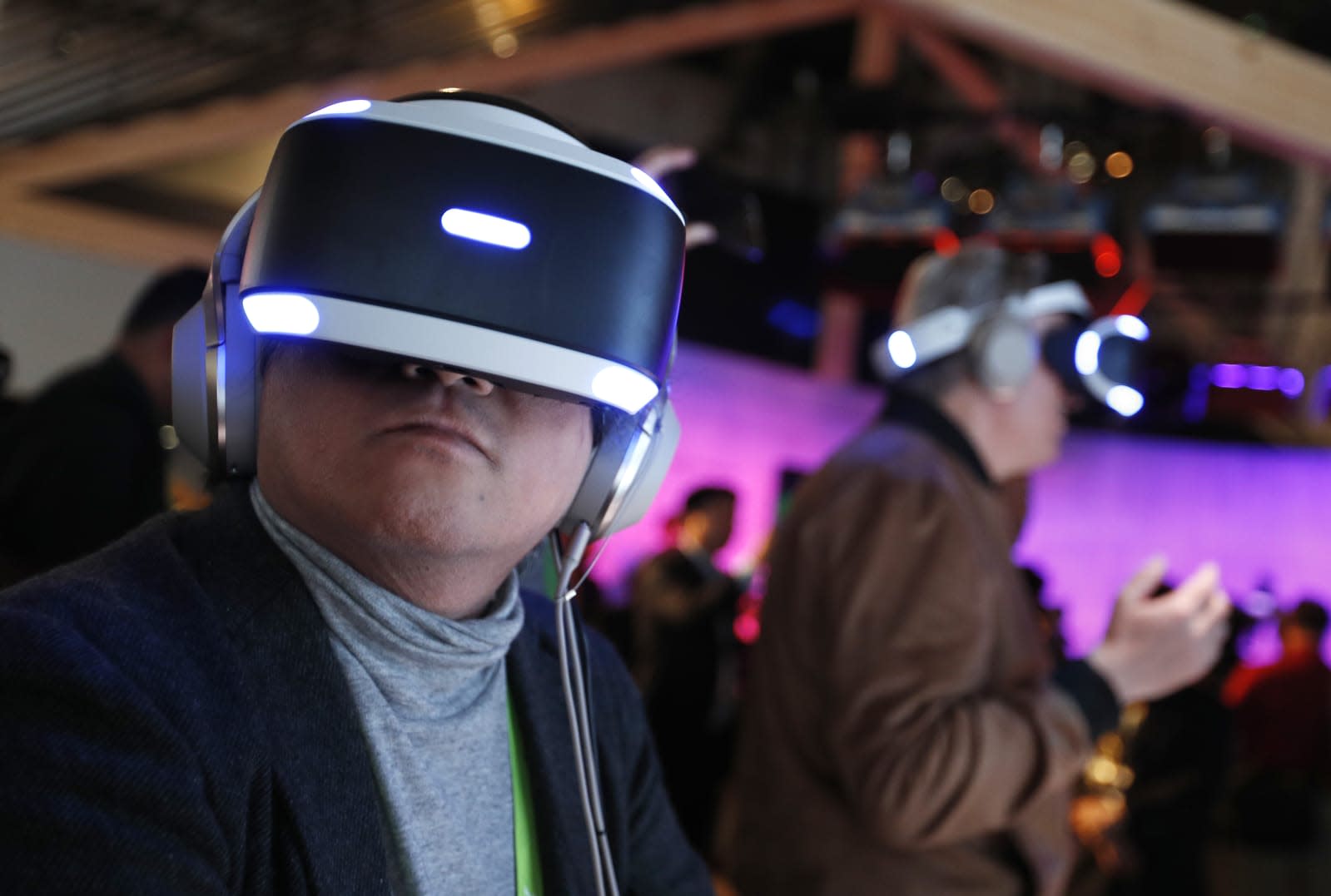 Sony might have grander virtual reality ambitions for the PlayStation 5 beyond a headset and traditional controllers to let you play games Ready Player One-style in a body suit. It filed a patent for a VR glove with haptic feedback, and suggested it may even bring the tech to other clothing, meaning you could potentially "touch" an in-game item when you pick it up, feel every blow in Call of Duty or get a sense of what it's like to be sacked in Madden.

While the patent is explicitly for gloves, Sony mentions that the haptic feedback tech could be used in "a hat, footwear, pants or shirt." The company is considering variety of systems to make the haptic feedback work, such as heating and cooling elements, a motor, compressed gas and liquid. The systems would of course work in concert with PSVR to give you the right kinds of touch feedback at the right time, though it's unclear whether the current headset would be compatible.

According to the patent, you'd be able to feel the texture and shape of a virtual object, the pressure you place on it, movement from the item and how close it is to another object. The tech would also be able to provide touch feedback when things happen to your character, including being held, moved, crushed, tossed, dropped, felt, rubbed, squeezed or pressed, which seems only slightly terrifying.

It's not the first time Sony has experimented with a haptic feedback suit, having demoed one a couple of years ago for Rez Infinite. The only information we have about the gloves for now is the patent, which is no guarantee by itself that Sony will actually make them, or indeed clothing with haptic feedback. However, when Sony demoed some PS5 tech at a strategy meeting last week, it said the next-gen console (which is at least a year away from being revealed) would offer "immersive" gameplay. And what could be more immersive than a VR headset, gloves and body suit?

In this article: body suit, bodysuit, games, gaming, haptic feedback, playstation, playstation 5, playstation5, ps5, psvr, sony, virtual reality, virtualreality, vr, wearables
All products recommended by Engadget are selected by our editorial team, independent of our parent company. Some of our stories include affiliate links. If you buy something through one of these links, we may earn an affiliate commission.