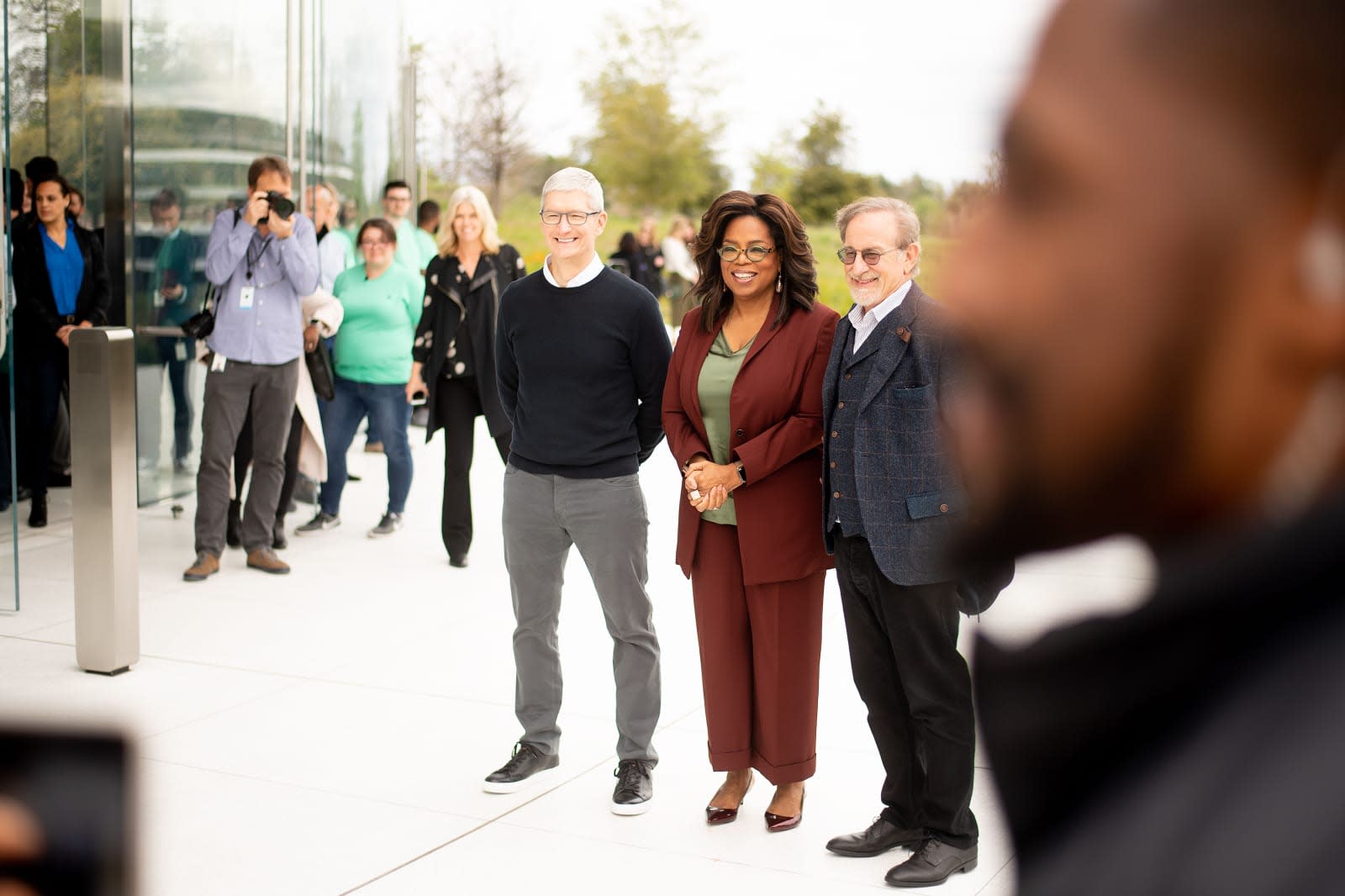 Apple is rejecting claims that it's fussing over the content in shows for its upcoming TV+ service. In an interview with GQ, senior VP Eddy Cue denied New York Post rumors that he and Tim Cook were leaving notes on scripts and otherwise meddling with the production of TV+ shows. There has "never been one note" passed along,he said, stating that the execs "leave the folks [alone]" who know what they're doing.

Cue also downplayed claims that Apple was shying away from mature content. He pointed out that the Jennifer Aniston and Reese Witherspoon project, The Morning Show, had issues, language and other aspects that were "definitely not appropriate" to watch with a child.

The statements suggest that Apple isn't micromanaging shows once they're underway, although that's not necessarily the concern -- for some, the issue is the choice of the shows themselves. The company reportedly dropped plans for a Dr. Dre series over sexual and violent content, among other would-be edgy productions. You might get truly mature shows on Apple TV+, but there's a worry you might also miss out on the boundary-pushing material that you see at Amazon and Netflix.

In this article: apple, apple tv+, eddy cue, entertainment, internet, services, streaming, tim cook
All products recommended by Engadget are selected by our editorial team, independent of our parent company. Some of our stories include affiliate links. If you buy something through one of these links, we may earn an affiliate commission.