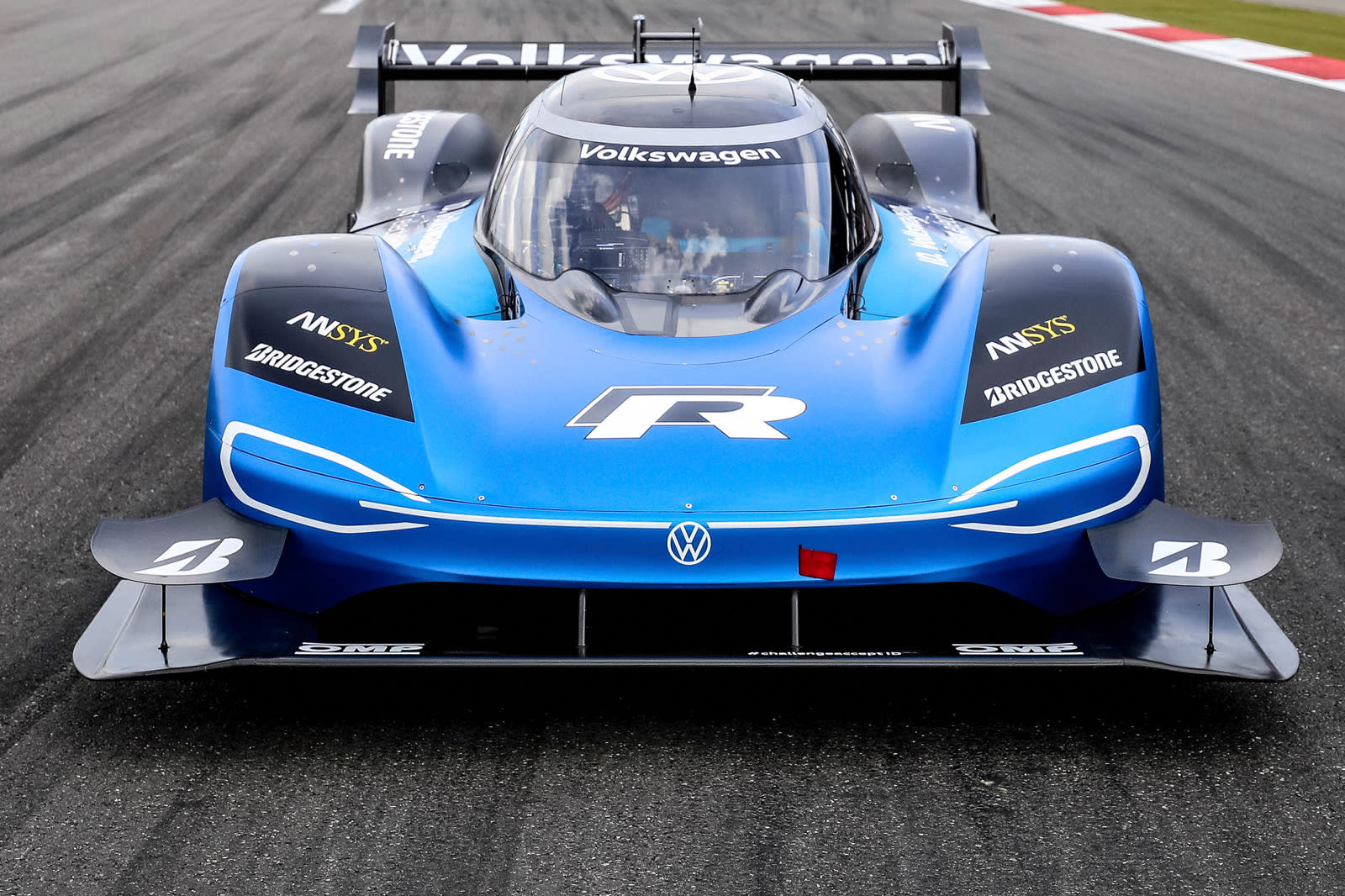 VW clearly wasn't satisfied with setting the electric car record for the hill climb at 2018's Goodwood Festival of Speed. The automaker's ID.R racer (driven by Romain Dumas) returned to this year's festival in grand style, setting a hill climb time of 41.18 39.9 seconds -- fast enough to break an overall hill climb record that had been set 20 years ago by Nick Heidfeld in a McLaren MP4/13 Formula 1 car. That was no mean feat given its lower power (500kW versus an equivalent 574kW). You can see the achievement below.

The trick, as you might imagine, was to save weight. Unlike the Pikes Peak variant, the ID.R at Goodwood was optimized for a "sprint" -- it carried a smaller battery pack tuned for a brief but fierce assault up the 1.16-mile hill. There won't be too many complaints given that an F1 car set the previous best, but this is a reminder that it still requires a lot of work for an EV to emerge triumphant.

As with VW's other record-breaking runs, this is ultimately a media campaign. VW wants to show that it's a big supporter of electric cars, and that its diesel emissions scandals are firmly in the past. Few things demonstrate that quite so clearly as proving that EVs can outperform gas-guzzlers in some of the toughest motorsport challenges on the planet.

Update 7/6 3:05PM ET: That earlier 41.18-second record? That was really just a warm-up. Dumas has bested himself with a 39.9-second run up the hill. We've updated the post and video accordingly.

In this article: electric car, electric vehicle, ev, gear, goodwood, goodwood festival of speed, green, id.r, motorsport, racing, transportation, video, volkswagen, vw
All products recommended by Engadget are selected by our editorial team, independent of our parent company. Some of our stories include affiliate links. If you buy something through one of these links, we may earn an affiliate commission.