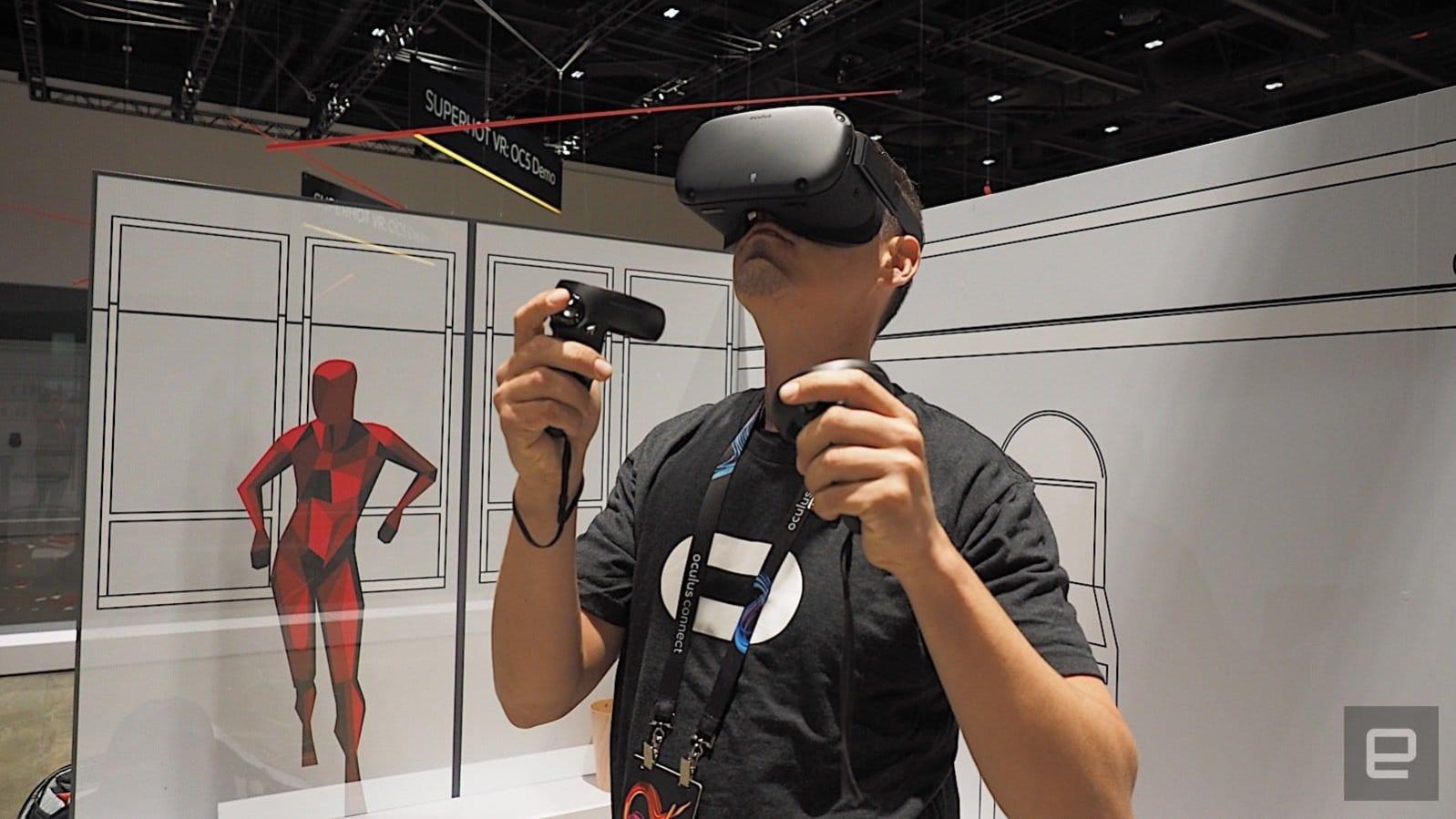 Facebook wants to give Oculus a boost by acquiring game studios and signing exclusive deals for VR versions of well-known games. According to The Information, Facebook plans to bring Assassin's Creed and Tom Clancy's Splinter Cell to Oculus Quest and Rift S. Facebook will reportedly invest less than $1 billion in this approach, but The Information claims Mark Zuckerberg is personally involved.

When Facebook acquired Oculus in 2014 for $2 billion, it took a leap of faith. The company hadn't formally released a finalized product and VR was still an experimental medium. Today, VR is certainly more common, but it's not exactly mainstream. Oculus has faced high-profile leadership departures and restructuring. But it has also found success partnering with games like Vader Immortal - A Star Wars VR Series, Beat Saber, Moss and Superhot, so the decision to double down on VR gaming isn't a total surprise.

Details on which games Facebook plans to acquire are vague. "We cannot comment on specific partnerships, but we will continue to focus on expanding our library and reaching broader gaming audiences for years to come," an Oculus spokesperson told The Information. It's not clear when Assassin's Creed and Tom Clancy's Splinter Cell will arrive, but it's safe to say, we can expect more VR games for Oculus headsets soon.

In this article: assassins creed, av, business, exclusive content, facebook, gadgetry, gadgets, game studios, gaming, gear, headset, headsets, investment, oculus, oculus quest, oculus rift s, tom clancy, video games, virtual reality, vr
All products recommended by Engadget are selected by our editorial team, independent of our parent company. Some of our stories include affiliate links. If you buy something through one of these links, we may earn an affiliate commission.