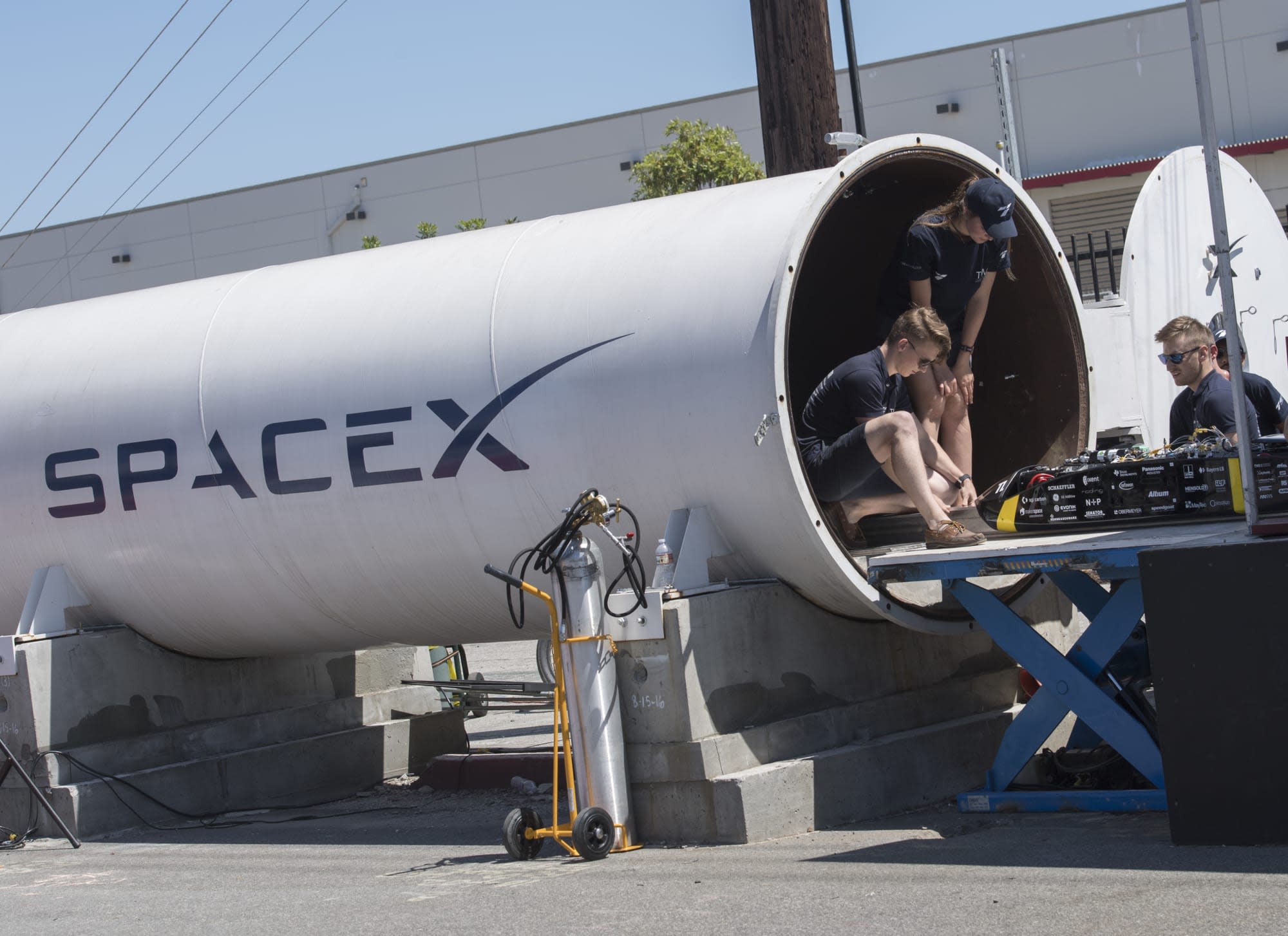 In a departure from previous years, next year's Hyperloop competition will be held in a six mile curved vacuum tunnel. Previously, the competition was held in a straight ¾ mile test tunnel which is located at SpaceX's headquarters in Hawthorne, California.

Elon Musk made the announcement on Twitter shortly after the 2019 Hyperloop Pod competition.

The Hyperloop competition is a student engineering challenge where teams are invited to design and build a prototype vehicle to travel in the potential Hyperloop network. The vehicles must be self-propelled and achieve maximum possible speeds without crashing.

At this year's competition, in which a team from Technical University of Munich (TUM) reached a top speed of 288 miles per hour before damage occurred and an emergency stop had to be performed, Musk mentioned the possibility of expanding the competition to include tunneling as well.

"We'll consider a tunneling competition," Musk said at a Q&A about the competition, TechCrunch reports. "I think a tunneling thing would be pretty exciting. Because as I just articulated the primary challenge is how do you tunnel effectively, especially how do you put in the reinforcing segments and get the dirt out effectively -- it's harder than it seems."

In 2017, the TUM team won the competition with a small electric vehicle that achieved 200 miles per hour, and Musk said he believed that speeds of up to 500 or 600 miles per hour were possible. The same team won again in 2018, this time getting up to 290 miles per hour.

Tunneling has been one of the big issues for the Hyperloop project. Between problems getting permits to dig and the need to reinforce the tunnels to stop them collapsing, building the infrastructure for the project has been as much of a challenge as designing the vehicles.

Even digging a six mile test tunnel will take a lot of time, so it remains to be seen whether Musk and co. will be able to build a tunnel of that length in time for next year's competition. We don't know exactly when the next competition will be held, but based on previous years we can expect it in summer 2020.

In this article: design, elon musk, hyperloop, hyperloop competition, tomorrow
All products recommended by Engadget are selected by our editorial team, independent of our parent company. Some of our stories include affiliate links. If you buy something through one of these links, we may earn an affiliate commission.