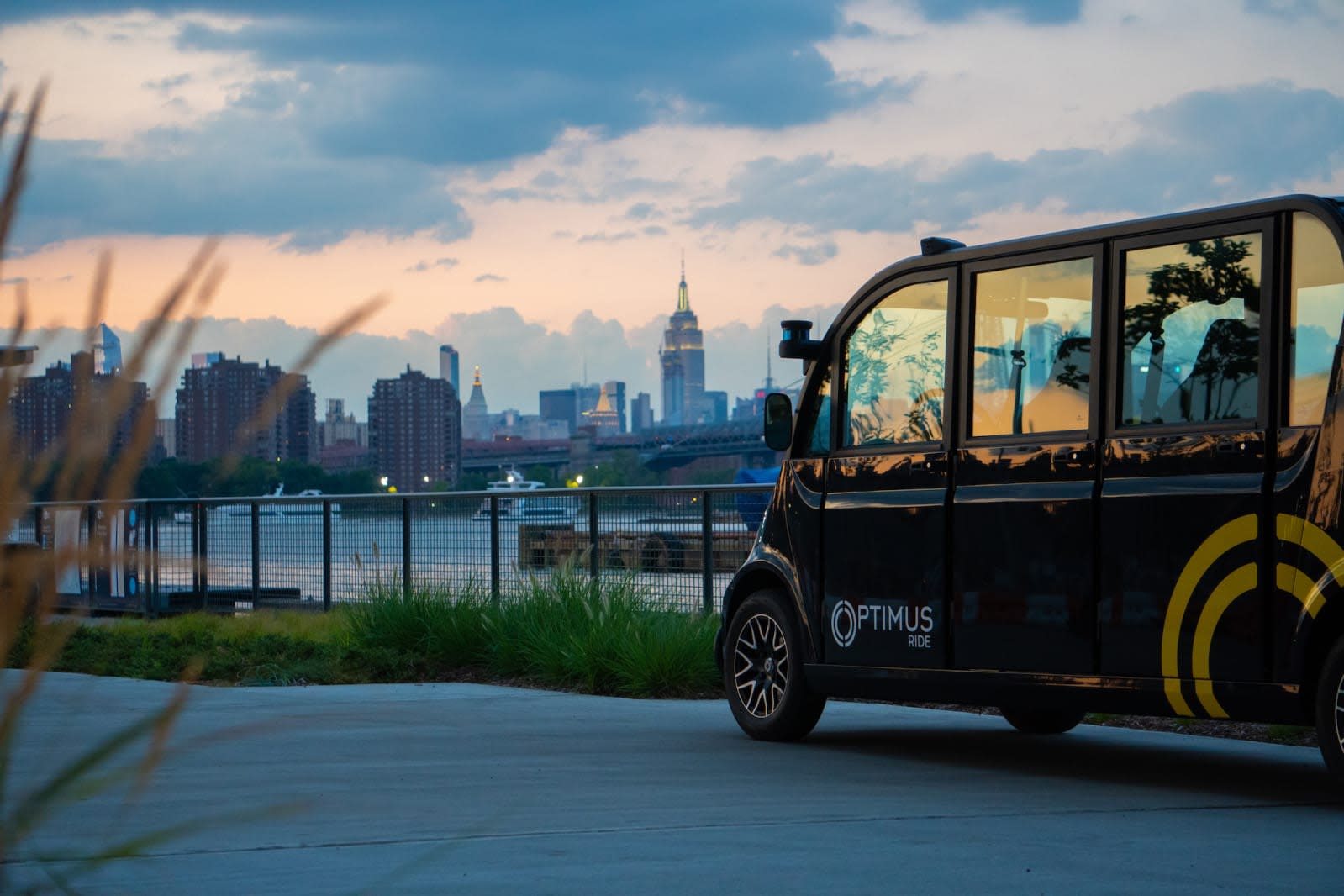 Beginning tomorrow, Optimus Ride will run six autonomous shuttles in the Brooklyn Navy Yard. While other companies have tested self-driving shuttles in New York City, Optimus Ride claims this is the first self-driving vehicle system to launch in both the city and the state. Optimus Ride has an advantage in that it's operating on private roads, so it does not have to wait for DMV approval, as companies like GM and Audi have.

The self-driving shuttles will transport passengers from the NYC Ferry stop at Dock 72 to Yards' Cumberland Gate at Flushing Avenue. The shuttles will run from 7am to 10:30pm, and for now, they'll have a safety driver and software engineer onboard. According to the company, they're expected to carry 500 passengers per day and more than 16,000 passengers per month.

As we reported previously, Optimus Ride considers itself "the leader in self-driving for geofenced areas." So you're probably not going to see the shuttles on public roads anytime soon, but the Boston-based company does have plans to launch a similar service at a retirement community in Fairfield, California, a mixed-use development in Reston, Virginia, and an industrial park in Boston's Seaport District. Autonomous vehicles may have to prove themselves on private roads before we see wide-spread adoption on public streets.

In this article: autonomous, autonomous vehicles, Brooklyn Navy Yard, business, new york, new york city, nyc, nyc ferry, optimus ride, safety, self-driving, self-driving shuttle, shuttle, tomorrow, transportation
All products recommended by Engadget are selected by our editorial team, independent of our parent company. Some of our stories include affiliate links. If you buy something through one of these links, we may earn an affiliate commission.