A popular immigration bill is bad news for US esports

The Fairness for High-Skilled Immigrants Act could uproot pro gaming.

"What makes me nervous is the fact that it just sailed through the House."

Genie Doi is an immigration lawyer with Electronic Sports and Gaming Law, an esports-specific law firm in Los Angeles. She's talking about S.386, or the Fairness for High-Skilled Immigrants Act, which passed the House in July by 300 votes. Representatives even waived some of the voting rules with a process reserved to pass noncontroversial bills.

"It's making me nervous, the fact that it went through the House with such little opposition, and just knowing that many of our senators and politicians really don't understand the practical implications of what this law means," Doi said.

The Fairness for High-Skilled Immigrants Act redesigns the employment-based visa system in the US. As it stands, every country in the world receives the same number of US visas per year, regardless of population size or demand. This means, historically, there's been a long wait for folks from India and China in particular -- large nations that tend to funnel technology workers into the US -- but practically no line for people from other countries.

A thread: The U.S. Senate is currently considering the Fairness for High-Skilled Immigrants Act (S.386). If the bill becomes law, it would have a profoundly negative impact on the ability of esports players to secure green cards. Let's discuss. 1/12

Here's a rough outline of the situation, courtesy of Doi: "Say every country in the world can only get 10 green cards per year. Right now there are, let's say, a million Indian people waiting for a visa. Half a million Chinese people waiting for a visa. Whereas in Korea and Japan, it might only be two or three people." Under S.386, the wait time of 20-plus years for Indian immigrants and 15 years for Chinese nationals would plummet, likely pushing their backlogs to under a decade. Meanwhile, the holding period for people in all other countries would increase by several years.

It sounds like an equitable solution, and the House of Representatives agreed. However, in action, the bill would have a specific and potentially catastrophic impact on the US esports market, according to Doi.

The US doles out 140,000 employment-based green cards each year, under the rules of the Immigration Act of 1990. There are five designations on the application, covering everyone from religious workers to millionaire investors. Foreign esports players who are drafted onto US teams generally rely on an Extraordinary Ability Green Card, or EB-1 visa, which is based on demonstrating exceptional skill in their field and grants them permanent residency in the States.

It currently takes about 18 to 24 months, and sometimes more than three years, for most players to receive an EB-1 visa, Doi said. In India and China, of course, the wait is much, much longer. S.386 addresses this imbalance head-on. 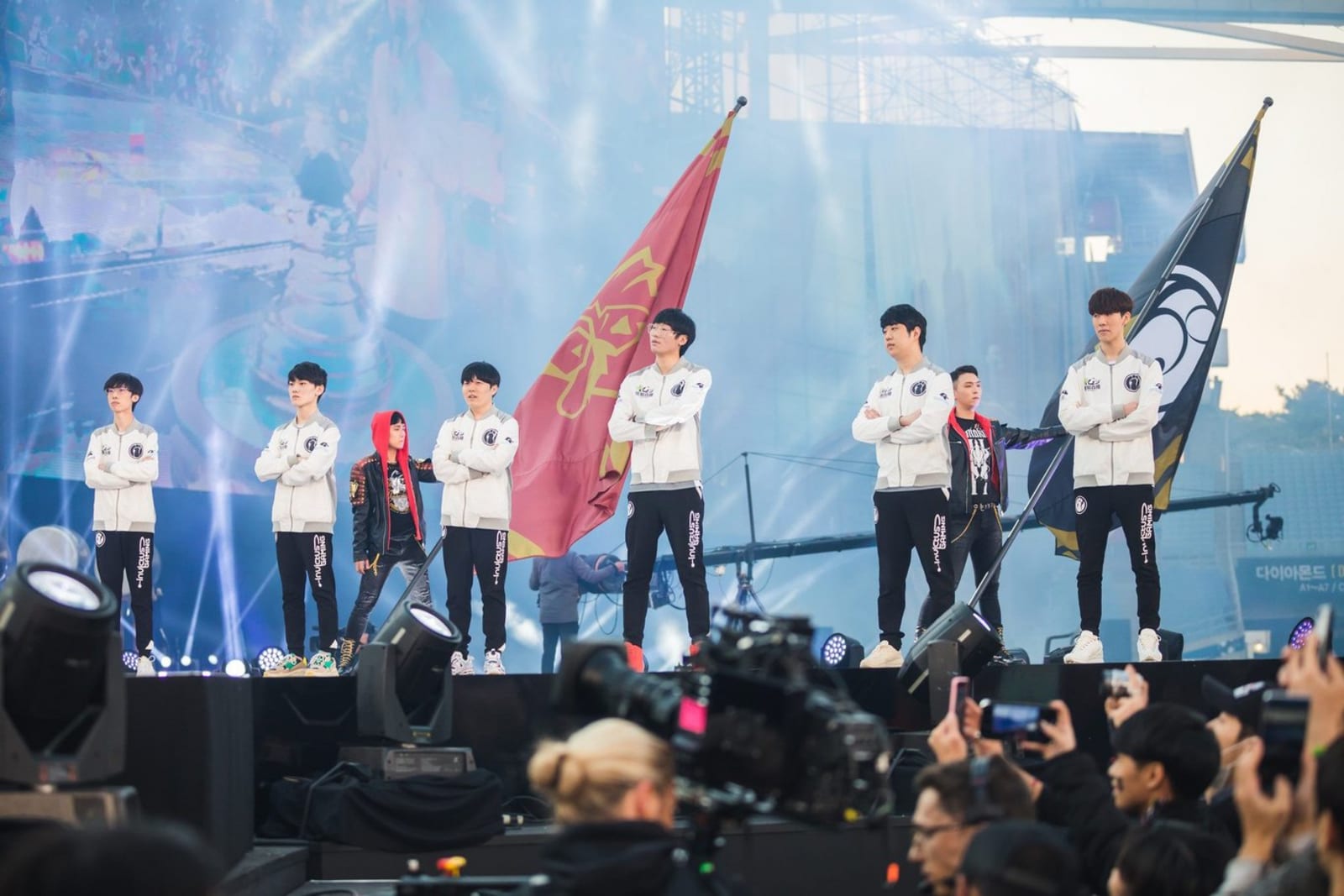 Or the lifetime of a US team, for that matter. Esports is a billion-dollar global industry, and jt's growing rapidly, with a lineup of multimillion-dollar tournaments, high-profile sponsorship deals and contractual drama. Players start young and retire early, while teams come and go on the waves of funding and scandal. The youngest winner at the Fortnite championship in New York City, for instance, was 13-year-old Argentinian player Thiago "King" Lapp, who took home $900,000 over one weekend last month.

North America represents the world's largest esports market, in terms of revenue, which is valued at $409 million in 2019 alone. Imported players are a gigantic aspect of the US esports machine, composing the starting lineups for professional teams in Overwatch, Counter-Strike: Global Offensive, League of Legends and other games. Many of these players come from South Korea, Western Europe and Canada, places where the employment-based visa process takes less than two years, if that. 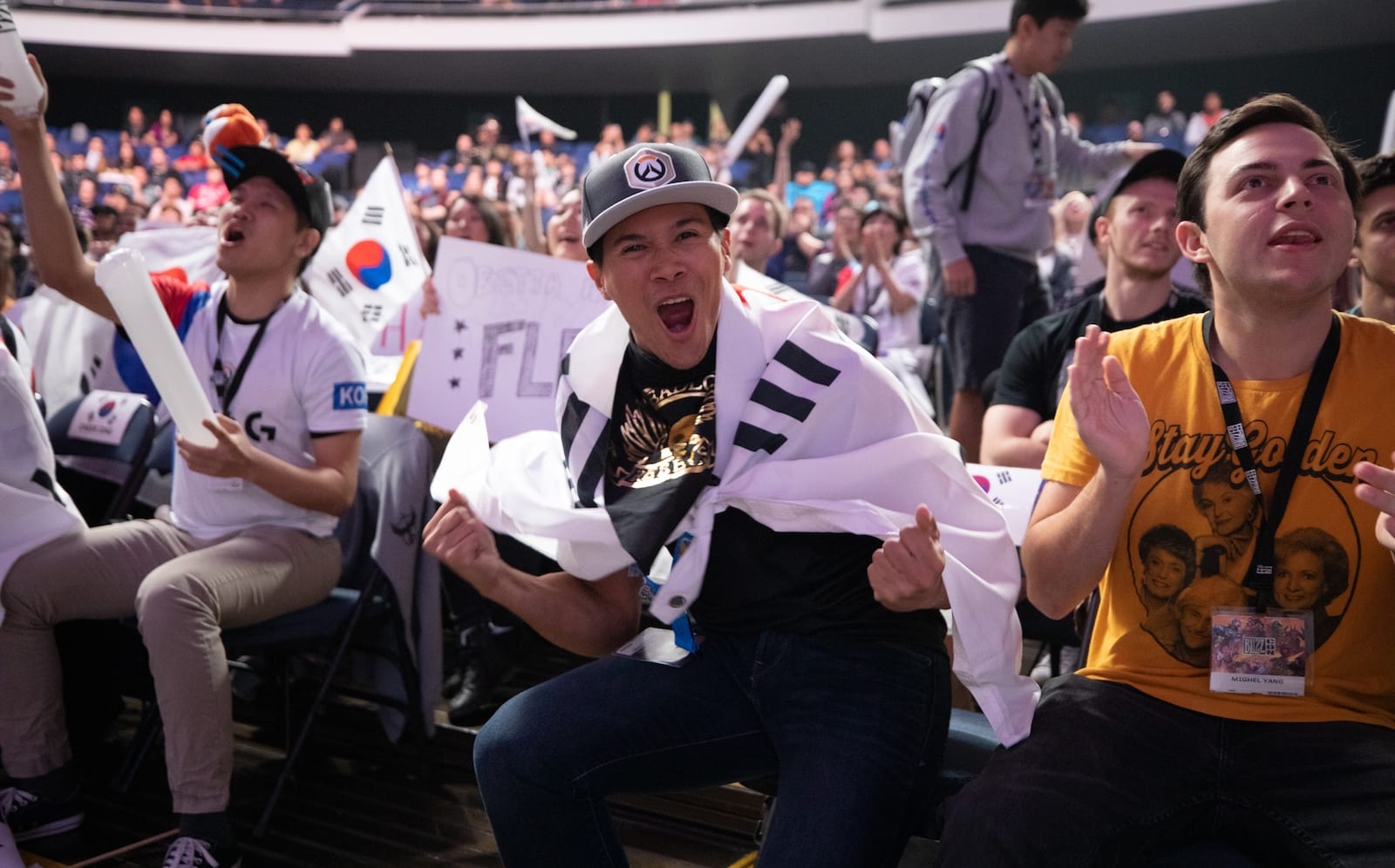 "If you look at Overwatch League, it's predominantly Korean teams," Doi said. "It gets increasingly more difficult for players like CS:GO teams, they tend to be from Western Europe. A lot of the LCS players are from Canada. Even the Canadians -- even though they're North American players, they need a visa to come and compete in the United States. It's not a good situation."

In the current scenario, US team owners can sign a player from another country and have a rough idea that they'll be able to play in the US in the near future. If the Fairness for High-Skilled Immigrants Act becomes law, that timeline is shot. It would become untenable for many US organizations to sign foreign players, eliminating a rich talent pool for stateside teams.

This assessment applies to unsigned players as well. Aside from the long-term, employment-based immigration path of EB-1 visas, one common way that foreign esports pros compete in the US is the P-1 athlete visa. US Citizenship and Immigration Services opened up the P-1 athlete visa to esports players in 2013, allowing recipients to live in the country for five years, with the possibility to extend for another five years.

The process to receive this visa has become more strained over the past few years -- more on that in just a moment. 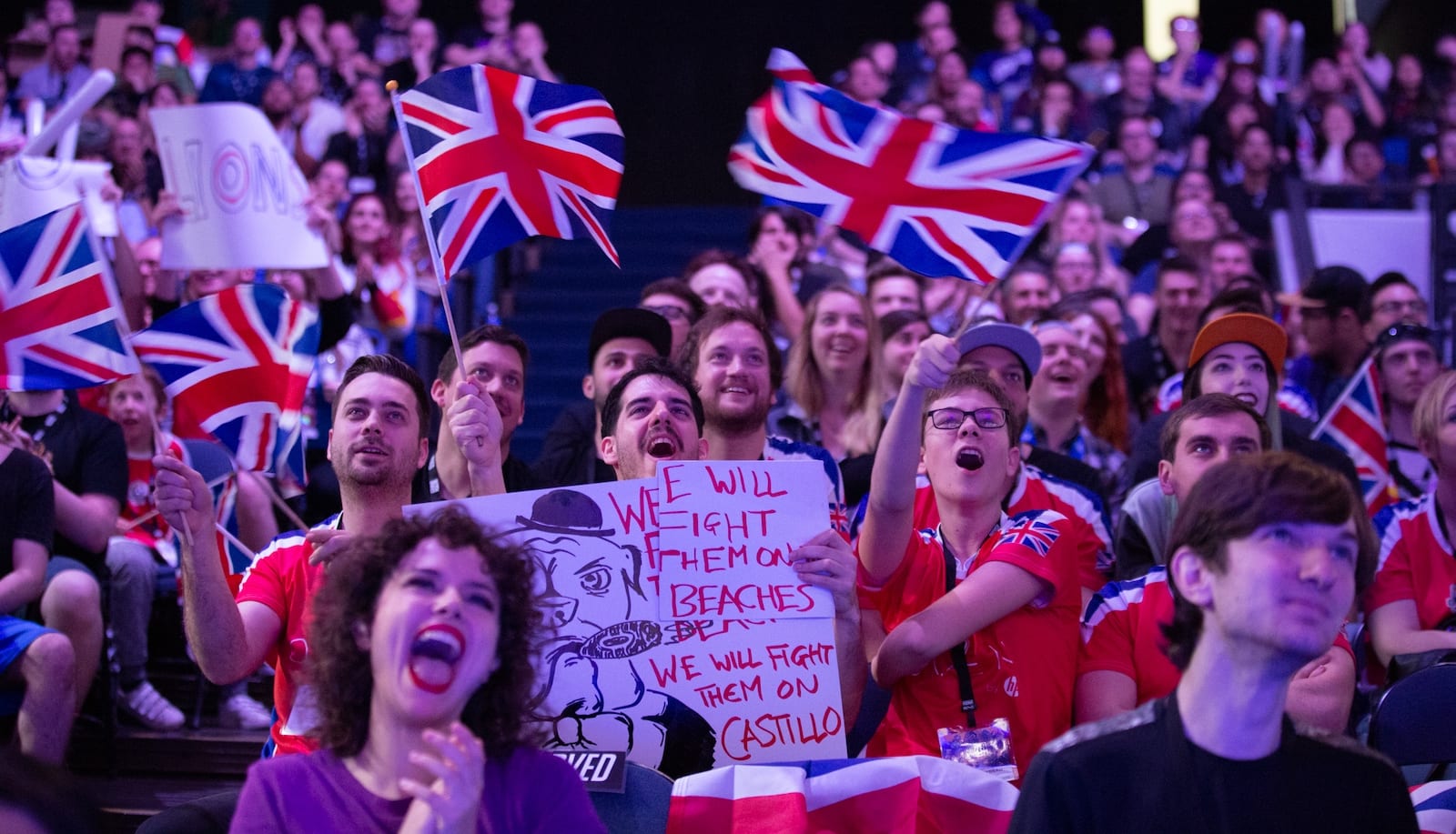 Other players, usually those in the country for a single tournament, can sometimes get by with a B1 or B2 travel visa, which grants entry for up to one year. Players from developing countries often need sponsorship from an established US company to secure a B1 or B2 visa, guaranteeing the player will return home when their stay is up.

Esports pros are becoming intimately acquainted with the US immigration system, and groups like eFight Pass, a player-run program started by Street Fighter V pro Sherry "Sherryjenix" Nahn, are popping up. EFight Pass attempts to help competitors, many of whom hail from developing countries with strictly controlled immigration paths, to pay for visas and navigate the complicated approval process. The group has support from big-name players and companies like Capcom.

Now back to those athlete visas. Organizations like eFight Pass are necessary as the US visa process has grown slower and more opaque. Doi has watched these past three years as approvals have dropped and previously insignificant roadblocks have turned into impassable walls. President Donald Trump has been clear about his intent to slow immigration, and that policy has touched even esports.

"I hate getting so political about this, but it's just the nature of what the industry is like right now," Doi said.

Visa issues have kept players and entire teams from competing in major tournaments, even before Trump took office. But, Doi said that since 2017, paperwork has taken longer and processes have stalled. She's telling organizations to slow down and check with her before signing anyone.

"The changes that I have seen in the past 10 years, basically effective once President Trump got into office and started taking this anti-immigrant position, is, I've been getting requests for additional evidence, and notices of intent to deny, and even denials on cases that would've just sailed through the bureaucratic process pre-Trump," she said. "It's really negatively impacting, first and foremost, the players."

This same process is unfolding in traditional sports as athletes attempt to secure the P-1 visa as well, Doi said.

"I have colleagues who represent Major League Baseball players, professional boxers, world-class boxers and tennis players," she said. "Across the board, they're also having trouble. It's not just esports."

However, there's (at least) one extra roadblock in front of any professional gamer looking to play in the US. Many government employees still don't understand what esports are.

"For example, I just got a request for additional evidence, 'Why does this person need to come to the United States to play when they're playing an online game?'" Doi said. "Just really basic, basic questions like that, I need to go back and explain. That's kind of the current situation. It's getting harder to get visas." 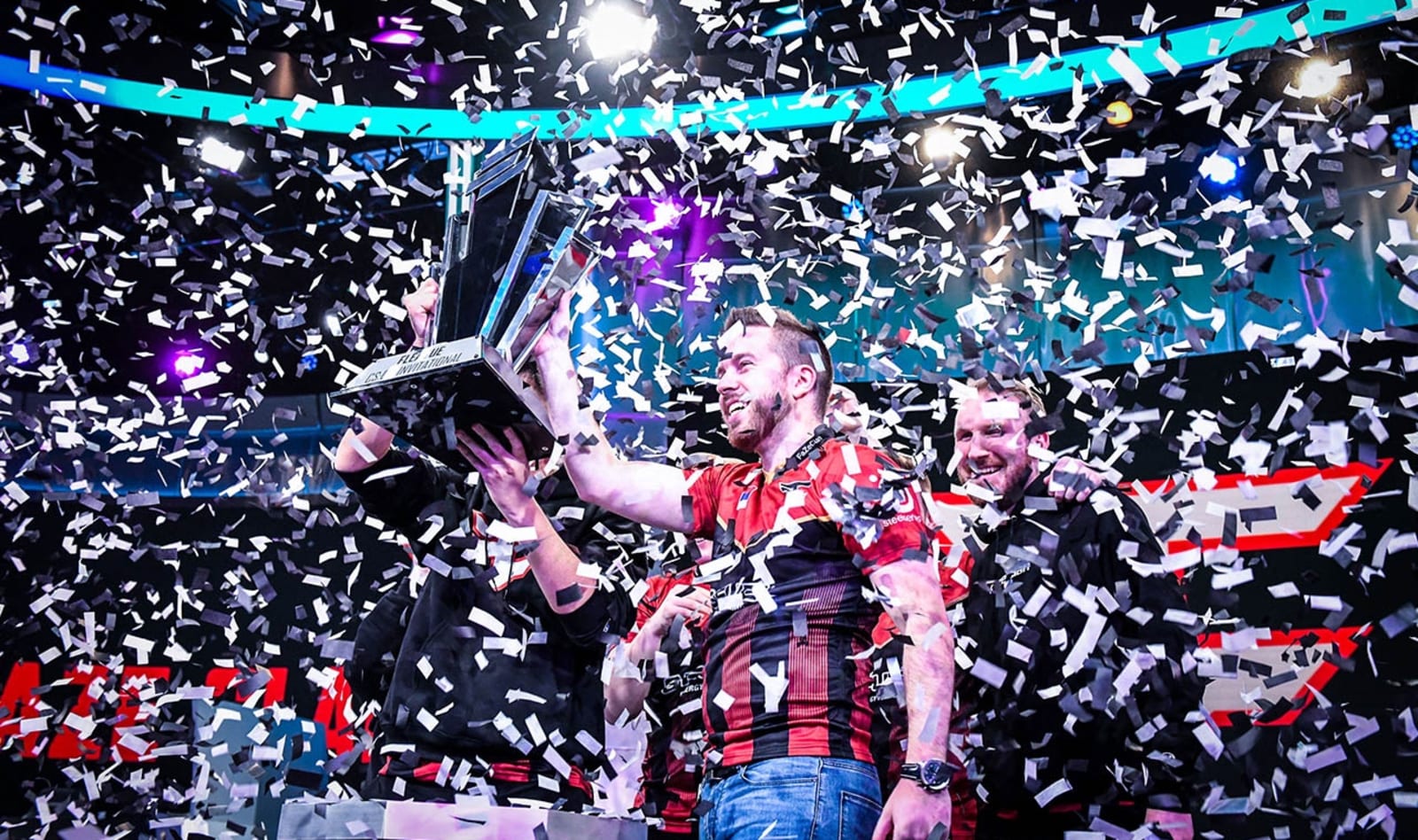 The Fairness for High-Skilled Immigrants Act is an attempt to smooth over the immigration process for a modern, global marketplace, and it does precisely what its name suggests. It makes the system numerically fair. However, for the people who were benefiting from country-specific queues, it represents a new challenge.

Since passing the House, the bill has made its way to the Senate, where it faces a tougher challenge. It has to make it through committees and amendment discussions, and then go up for a vote. So far, S.386 has 35 senators onboard; passing it would require at least 51.

Doi will have her eyes on the horizon until S.386 disappears, or becomes the new reality in esports immigration.

All products recommended by Engadget are selected by our editorial team, independent of our parent company. Some of our stories include affiliate links. If you buy something through one of these links, we may earn an affiliate commission. All prices are correct at the time of publishing.
View All Comments
A popular immigration bill is bad news for US esports