The United States Patent and Trademark Office just granted a trio of patents to Apple for Apple Watch smart bands. While bands with the features detailed in the filings might never reach retail shelves, they give an intriguing look at what Apple may have in store.

One of the patents is for a biometric sensor integrated into a band that could give you a new way to unlock your Watch or paired iPhone instead of using a passcode or Face ID. The patent covers a thermal sensor that could use skin texture and wrist hair patterns to authenticate your identity. 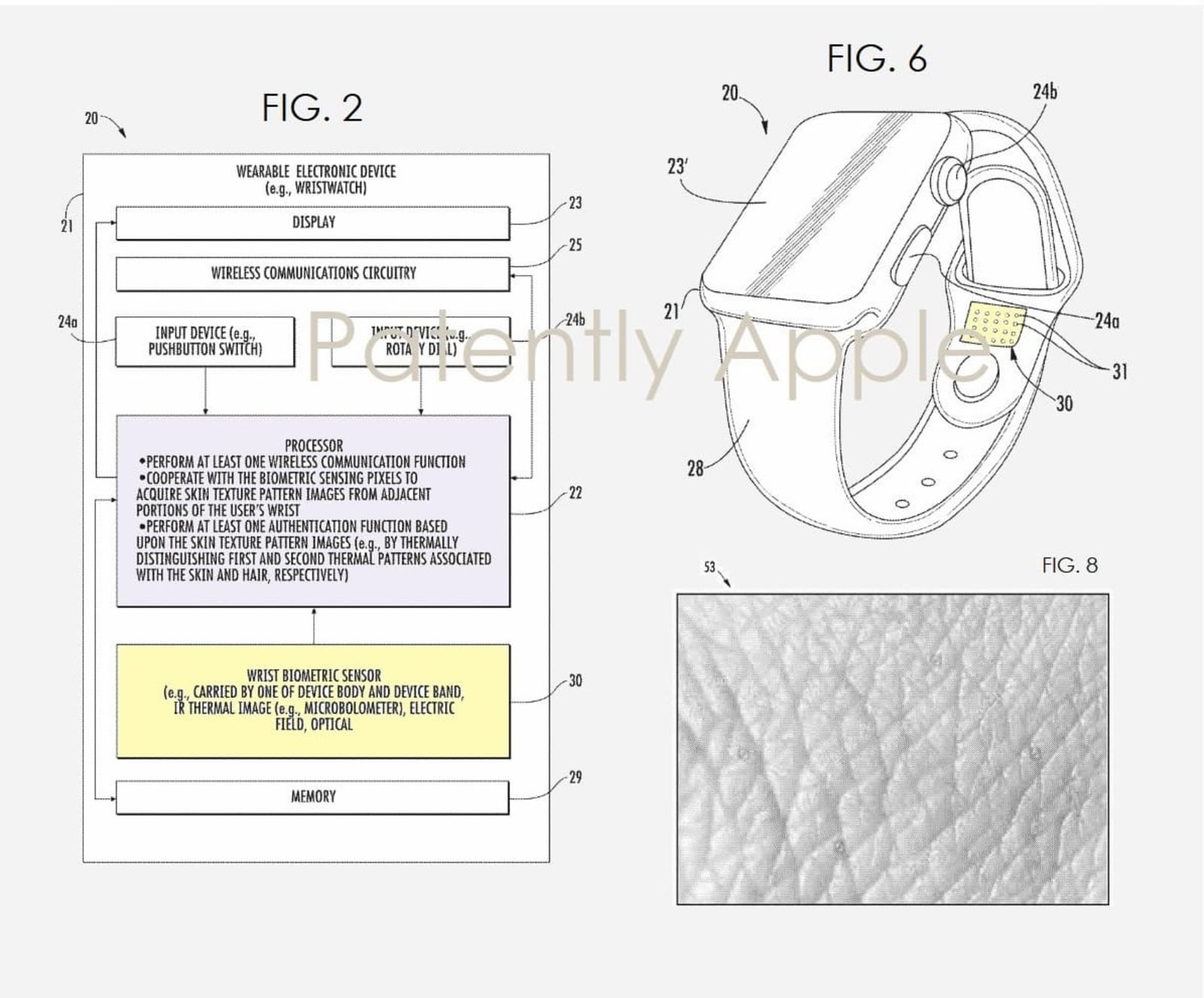 Another patent unearthed by Patently Apple relates to indicators built into a band. They could display details from the Activity app, such as a step counter or heart rate monitor. The band could also highlight the type of activity your Watch is tracking, such as running or swimming, which would be a handy way to check your device is recording the correct data. In the patent, Apple suggests the indicator could be a more subtle way to check sensitive health-related details without people nearby glimpsing that information on the Watch screen.

The third patent the USPTO granted Apple concerns a motorized, self-tightening band that may ensure you have a perfect fit. Your Watch might move around during a workout. Heart-rate monitoring requires a tight fit, so a self-adjusting band could keep the wearable in the correct place as you work up a sweat. The band might also tighten to give you a heart rate reading before automatically loosening again to keep your blood flowing.

Again, Apple may ultimately decide not to include any of this tech inside Watch bands. Still, in a world in which self-lacing shoes exist, it wouldn't be a stretch to imagine a similar feature for your smartwatch. In any case, Apple might reveal the next iteration of its wearable at next week's iPhone event.