How to set up your own 'streaming service'

Video streaming is great -- until you lose access to the movie or TV show that you assumed would always be available on Netflix and Amazon Video. With downloads or physical media, this isn't an issue, because once you've bought it, you'll have access to it for life (that's the theory anyway).

Say you want to watch all 236 episodes of Friends, but know that Netflix is going to lose it to another service soon. The safe option is to buy it and then work out a way to make it accessible wherever you are. Ever thought about running your own streaming service? It's actually easier than you might think, and there are a number of ways you can do it.

This guide will take you through the basic steps of running your own streaming service using a common and powerful media software called Plex. Plex comes in two parts -- a media server and client -- which allow you to categorize (and more importantly) play back all of the media you've accumulated over the years both locally and via streaming.

First things first: while Plex will play nearly anything you throw at it, laws regarding the "ripping" of personal media vary in different countries. In the US, you have a legal right to backup your movies, but it's illegal to circumvent the encryption that prevents you from copying.

The general rule is that, as long as you aren't selling or sharing those files externally, you won't get in trouble. That said, if you're uploading that file to a cloud server, even if only for your own use, that may put you in an awkward legal spot depending on your local laws. You're responsible for ensuring the legality of your media.

The simplest way to run your own streaming setup is to choose a cloud provider that specializes in Plex media setups. Running your own virtual private server gives you complete control over your media library and makes it available on (nearly) any device with an internet connection. They will come with a monthly cost and require you to upload your media collection to the cloud, which could take a while depending on the size of your catalog. However, it reduces the headache of hunting discs every time and eliminates the wear factor completely.

There are a number of Plex-ready cloud providers that offer one-click installations of the Media Server. They're typically cheap, offer various organizational tools for managing the server and include lots of storage -- and more importantly -- bandwidth. Every movie or TV show you stream from a remote server will eat into your data allowance, so choosing a provider that can cater for the size of your media library is key.

Take a look at Bytesized-Hosting, Seedhost.eu, WhatBox and Seedboxes.cc for a peek at what is on offer. Use them to research other providers and familiarize yourself with what you want and need from a remote server. You may see that they offer both shared and dedicated boxes. This means you'll either split processing and memory resources with other users or opt for more singular control, flexibility and CPU power with a dedicated server. Once you've chosen the type of server you want, find a provider that can offer ample storage, enough bandwidth to cover your streaming catalog and the CPU power allocated to Plex plans. Why does the CPU matter? Because every time you stream, the Plex Media Server will attempt to match the media to the device you're viewing it on. It will act as what Plex calls a 'Universal Translator,' using the server's CPU and memory resources to "transcode" the file you're trying to play. Transcoding a media file can be very CPU intensive if you're streaming a 4K file to a mobile phone that can't handle UHD streams, so make sure you allocate enough resources to cover your usage.

Whatever server you choose, the simplest solution to the transcoding problem is just to ensure all of your media is encoded at a format and resolution that your target devices support. If you have mismatched files, Plex allows you to transcode ahead of time, giving you the option of creating new versions of your pristine files over the course of hours/days/weeks. Unless you have a powerful server, you don't want it to be transcoding files each and every time you want to watch something on the go.

If you utilize the one-click options these providers offer, you should be given a dedicated web URL from which you can access the Plex server and manage your library. In all cases, you'll be asked to set-up a Plex account, which will then start the Setup Wizard and ask you to point it in the direction of your uploaded files. A good rule of thumb is to separate your media into separate folders -- one for Movies, one for TV shows etc. so you can properly categorize your files. If gaining access to your media library inside your own home is more important, Plex is efficient as a local streaming solution. There are a number of ways to set up the Plex Media Server within your home. The simplest option is to utilize an older computer, like a laptop or desktop, which can serve as a hub for your media collection and stream it to other devices on the same network. Plex caters for most modern operating systems, including Windows, Mac, Linux and FreeBSD, as well as NAS (Network Attached Storage) solutions from Drobo, Netgear, Seagate, Synology and Western Digital.

One of the major plus points of running Plex on a bonafide computer is that it can take advantage of the machine's processing capabilities. If your media collection includes a lot of particularly high-resolution files, you'll enjoy pristine quality instead of having to rely on mirroring services like AirPlay or Google Cast. And if you have a strong enough upload speed, there's no reason you can't use this lo-fi setup to stream to your phone, tablet or laptop when you're not at home. 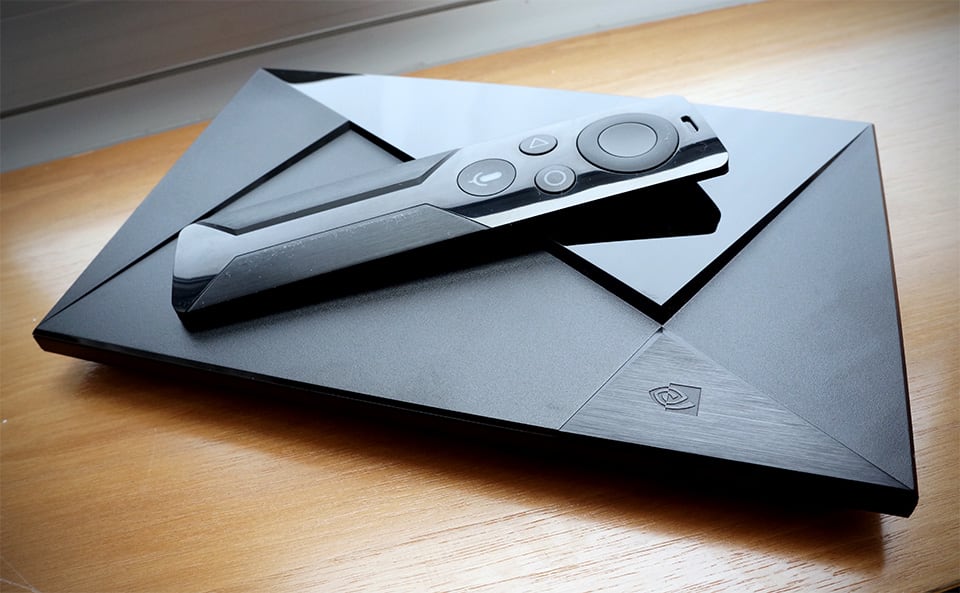 If you're looking for an out-of-the-box solution, though, the Nvidia Shield comes highly recommended. The Android-powered streaming box is a supremely capable streaming box in its own right and it also comes with a 500GB hard drive and Plex Media Server as standard. On the back there are two USB 3.0 ports, giving you the option to directly add multiple terabytes of storage.

One of the major strengths of the Shield is how easy it is to move files onto it. With an external drive, you can always just unplug and drag-and-drop files in order to transfer backed-up media between devices. Alternatively, you can mount the drive as a separate network share and move files around that way.

At an often-discounted $179, the entry-level Shield is a very affordable and simple solution to gain both the Plex Media Server and the associated client. External hard drives are continually coming down in price too, which makes it simpler for people who don't want to be administering a server, be it in the cloud or a physical box in a cupboard.

One of the major advantages of owning an Apple TV is that you have instant access to the iTunes movie library alongside dedicated media apps like Plex. Yes, there are ways to download movies via iTunes on the desktop and transfer rights-protected videos into your Plex library, but you won't need to if you have an Apple TV.

The Apple TV Plex app is only a client, rather than a server. You'll need to have something else in your home running the Plex server, or a cloud Plex solution for storing and serving your media to the Apple TV.

Once your Plex Media Server is set up, the library will be discoverable via most internet-connected devices in your household. On the TV side, the Shield comes with the Android TV Plex app pre-installed, and Plex is also available on smart TVs, consoles and other Android set-top boxes, including the Fire TV, Apple TV, Chromecast, iOS, Kodi, Roku, PlayStation 4 and Xbox One. You can also just access a local or remote Plex server via a browser on your computer, or grab the app for Android or iOS. A single Plex client can access multiple servers, so you can maintain both local and cloud libraries and use one app to view media from both. Plex is entirely free to use on your TV, as the company makes its money from premium features. Its subscription service, Plex Pass, adds a lot of functionality, including DVR support, and unlocks mobile streaming.

For power users, the Plex Pass enables hardware acceleration, which can convert videos faster and with less processing power. There are also advanced controls for managing processor output and network usage, which is useful if high-use devices around the home should be favored over others.

There's also the option to control the media your housemates or family can access via Plex Home. With Home, you can create custom accounts and control what content they can see, which is especially useful if you share the library with children inside your home.

Perhaps the best feature, however, is Mobile Sync. This is the Plex equivalent of Netflix downloads, which let you load copies of your media onto a smartphone or tablet for when you know you'll be without an internet connection. Perfect for a long car journey or flight. Thanks to the App Store, there are plenty of options to create your own streaming media library without the need for Plex. Infuse, a powerful iPhone, iPad and tvOS app from Firecore, not only easily handles network media shares but it also supports Dropbox, Google Drive, Box and OneDrive, combining all of your cloud uploads into one collection. Some enterprising users have noted that paid G Suite accounts have unlimited storage, allowing them to run large media catalogs from Google's cloud service. Oh, and it supports Plex servers as well, naturally.