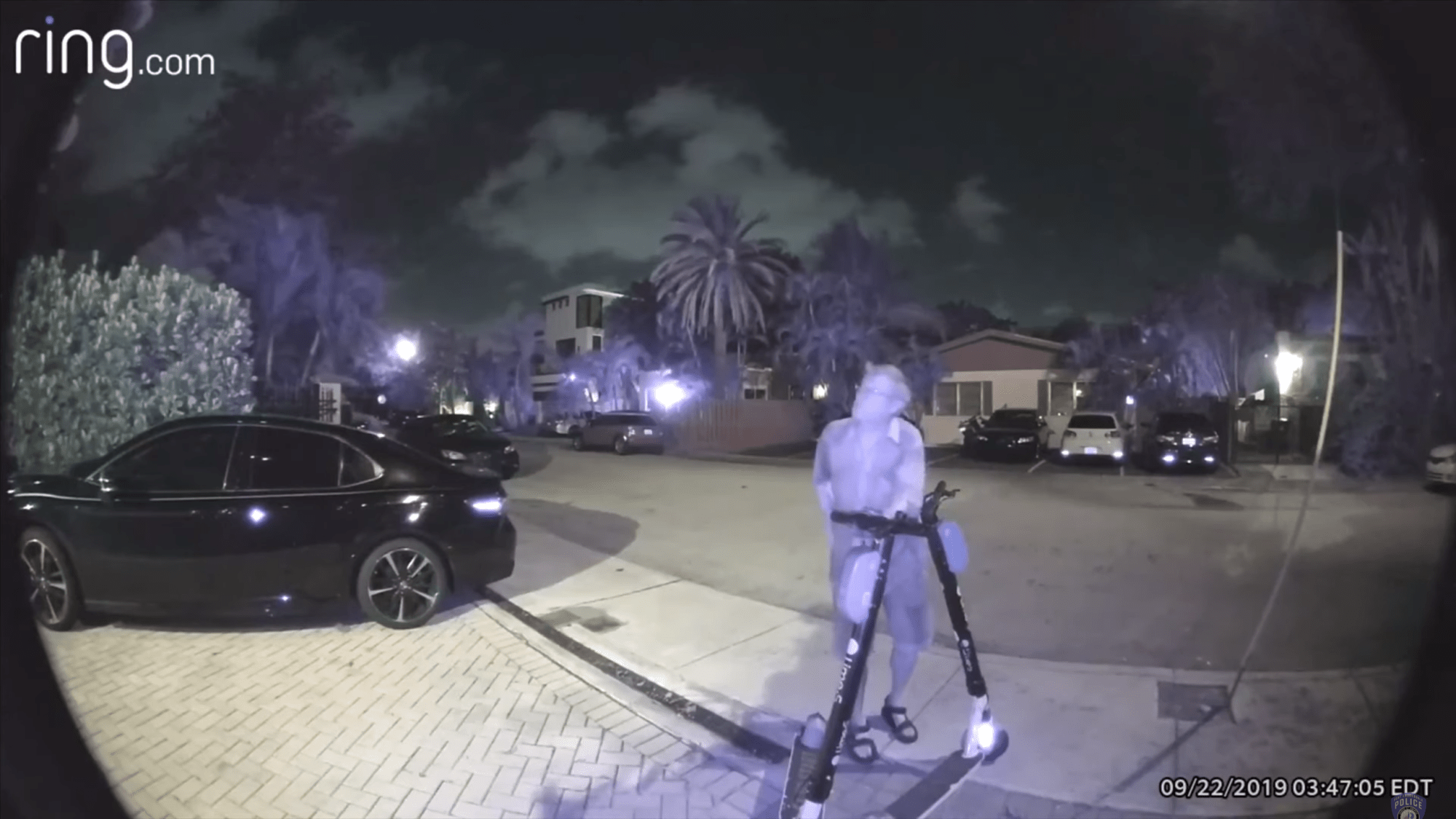 E-scooters are convenient for tourists and commuters who want to get around a city. They're equally inconvenient for drivers and pedestrians who have to keep out of the way of scooter traffic. (And that's not to mention the risks they pose during a hurricane.) Florida man Randall Thomas Williams certainly isn't a fan of the on-demand vehicles. According to NBC Miami, police apprehended the man on September 29th for resisting arrest, prowling and a 3rd degree felony count of criminal mischief.

Law enforcement officers set up a sting operation using a Ring camera, hoping to lure out whoever vandalized nearly 140 scooters since April. They placed scooters in view of security cameras and waited. Sure enough, Williams was caught tampering with the handle of one scooter and the frame of another. While no scooter-related injuries have been reported to Fort Lauderdale police, cutting the brake lines could easily cause severe harm or death given how fast scooters move and how close riders are to traffic.

Police say the crimes took place within a two-block radius of Williams' home. All Lime scooters were removed from the neighborhood, and riders are advised to call the appropriate vendors if they notice any tampering of their vehicles.

Williams was released on bail while he awaits trial. If convicted, he could be forced to pay for the repairs of the scooters that he vandalized -- about $70 per scooter according the NBC Miami -- as well as other penalties.

In this article: crime, e-scooters, florida man, gear, lime, lime scooter, scooter, transportation
All products recommended by Engadget are selected by our editorial team, independent of our parent company. Some of our stories include affiliate links. If you buy something through one of these links, we may earn an affiliate commission.