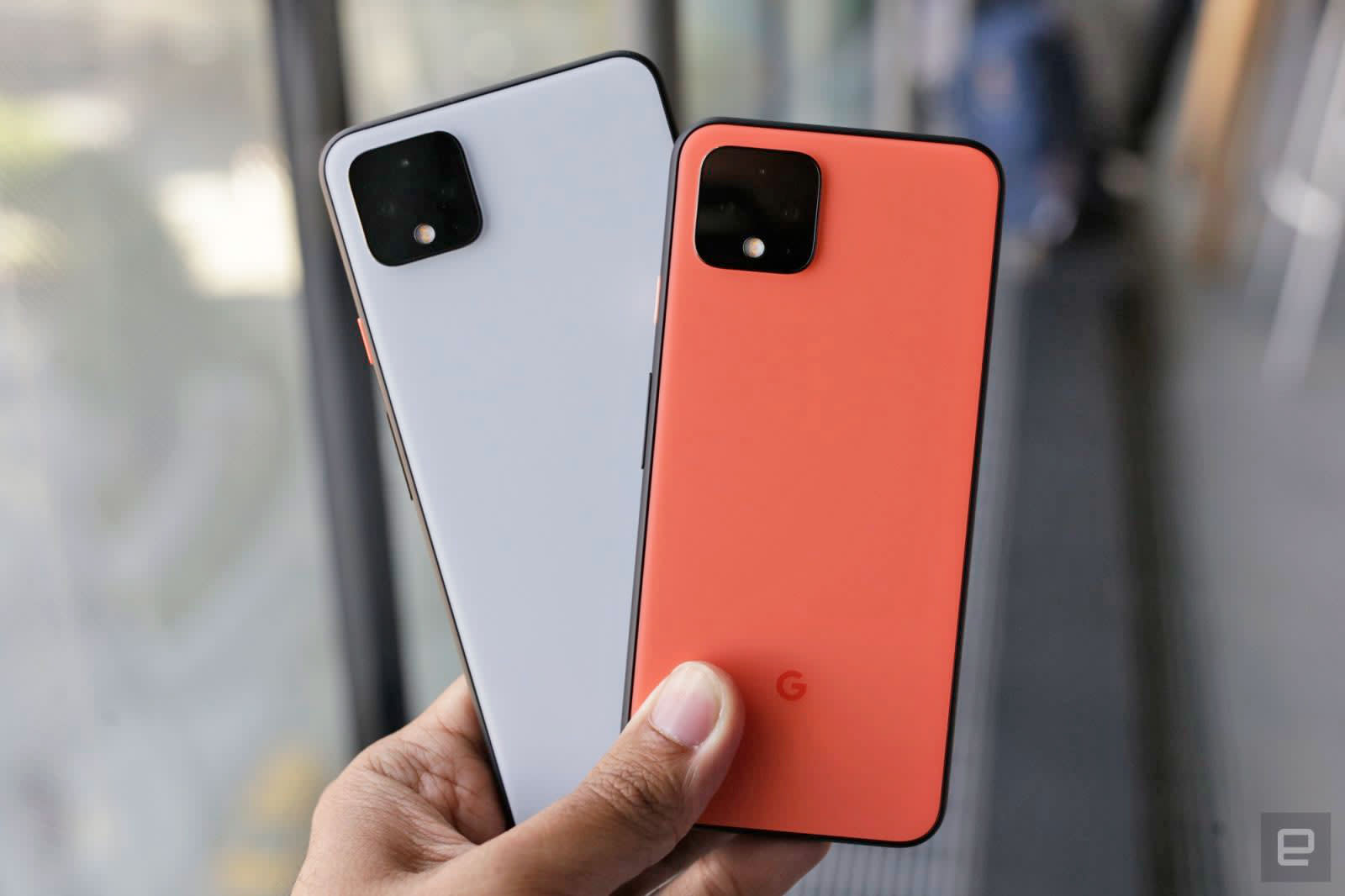 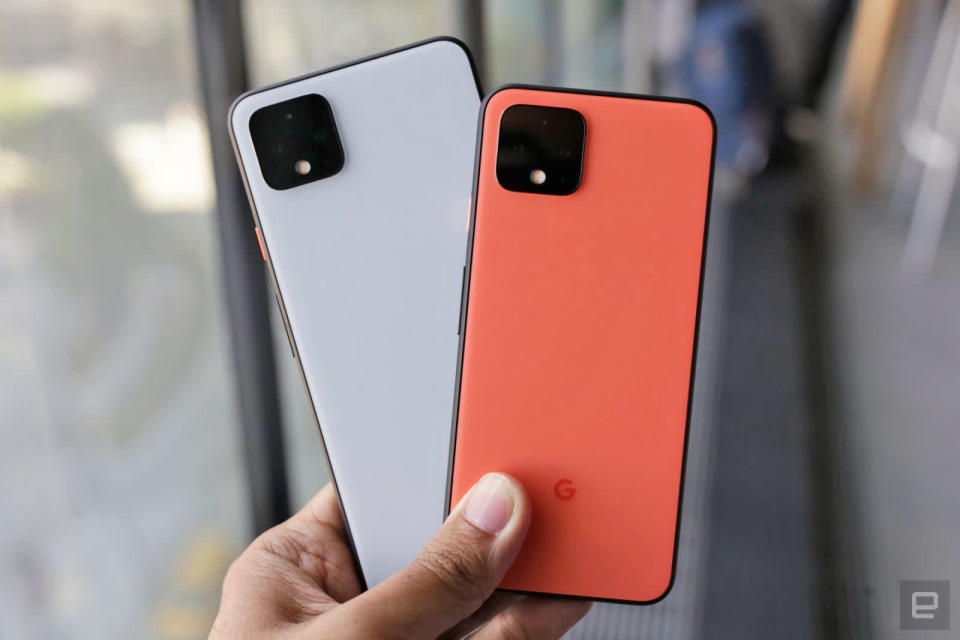 "Developing sustainable solutions to mass production and consumption is one of the biggest challenges we face today as an industry," Rick Osterloh, Google's senior vice president for devices and services said onstage yesterday. "It impacts all of us and it will for generations to come."

Sustainability was a major focus of the Pixel 4 event. The company said it would spend another $150 million on renewable energy projects, for instance, that will generate the same amount of electricity that is currently required to build Made by Google products. Ivy Ross, the head of Google's hardware design team, revealed that all of its 2019 Nest products will include some amount of recycled material, too. The new Nest Mini speaker, for example, has a fabric top made entirely from old plastic bottles.

"Our goal is to clear the way for the entire industry, and [for] our planet to benefit," Ross said. She also revealed that the Google Stadia controller will include recycled plastics. The cloud-based gaming service is eco-friendly, she argued, because it doesn't force players to upgrade their console or PC over time. "Another sustainability goal [for Google] is simply reducing the amount of hardware you need to buy in the first place," she explained.

The eco-friendly chatter ended, though, long before the Pixel 4 was introduced on stage. The back half of the event was dedicated to the phone's new 90Hz Smooth Display, radar-based Soli sensor — which enables super-fast Face Unlock and mid-air Motion Sense gestures — and upgraded camera setup, which includes a 16-megapixel telephoto.

It's an impressive Android flagship. But an impressive sustainability effort? That seems unlikely. I've pored over the company's official marketing materials and can't see any mention of carefully sourced materials or sustainable manufacturing processes. A Google spokesperson told Engadget: "In our upcoming product environmental reports, we'll be sharing that Pixel will be registered EPEAT [Electronic Product Environmental Assessment Tool] gold to meet a greener electronics industry standard." Many smartphones share this rating, including the iPhone 11, Samsung's Galaxy S10, and Google's own Pixel 3.

It feels like the company could be doing more.

"We believe Google has both the ability and the responsibility to create systemic change," Osterloh said at the start of yesterday's event. "As a company, we've been focused on sustainability for a long time."

He's absolutely right. Remember Project Ara? Google's Advanced Technology and Projects (ATAP) division tried to build a handset that anyone could upgrade with colorful LEGO-like parts. That meant you could repair and replace individual components without buying an entirely new phone. There were trade-offs, of course — an Ara smartphone could never be as thin as the latest Samsung Galaxy — but the environmental advantages were clear.

In September 2016, though, the project was suspended indefinitely. Google didn't give a reason, but it was most likely financial. Project Ara was a long shot and the company wanted to prioritize the Pixel, a device that could compete directly with the iPhone and countless Android flagships.

What is Google doing now? It's part of the capitalist machine that encourages consumers to upgrade their phone every year, rather than repair what they already own. Clearly, the company wants to sell more devices, not less, every quarter. "With the launch of Pixel 3a in May, overall Pixel unit sales in Q2 grew more than 2x year-over-year," Google chief executive Sundar Pichai told investors on an earnings call last July.

If Google cares about the planet, it should start a new sustainable phone moonshot. Alphabet's secretive "X" division has already developed a bunch of solutions to seemingly impossible environmental problems. These include Dandelion, a now-independent startup that makes it cheaper to heat your home with geothermal energy. Malta, meanwhile, is a grid-scale system that stores renewable energy inside tanks of molten salt. X has also produced Makani, a so-called "energy kite" that allows people on the ground to harness wind power, Waymo, a self-driving business that could eventually reduce traffic and carbon emissions, and Foghorn, an unsuccessful attempt to create carbon-neutral fuel from seawater.

If anyone can crack the eco-friendly phone problem, it's the X factory.

I don't expect Google to abandon the Pixel line. The stock Android phones are simply too important to the company. Consistent research, though, and outside-the-box thinking could produce an environmental breakthrough that doesn't compromise the price or quality of the next Pixel.

Okay, so Project Ara didn't work out. That doesn't mean there aren't other solutions, though, or that Google should simply give up on the idea of a truly sustainable smartphone. Just look at Fairphone -- the plucky upstart in Amsterdam is still making handsets that are modular, repairable, and built from a mix of "fair" and recycled materials.

It's time Osterloh's team did the same.

In this article: alphabet, environment, gadgetry, gadgets, gear, google, google x, mobile, moonshot, pixel 4, pixel4, pixel4event, sustainability, sustainable, tomorrow, X
All products recommended by Engadget are selected by our editorial team, independent of our parent company. Some of our stories include affiliate links. If you buy something through one of these links, we may earn an affiliate commission.