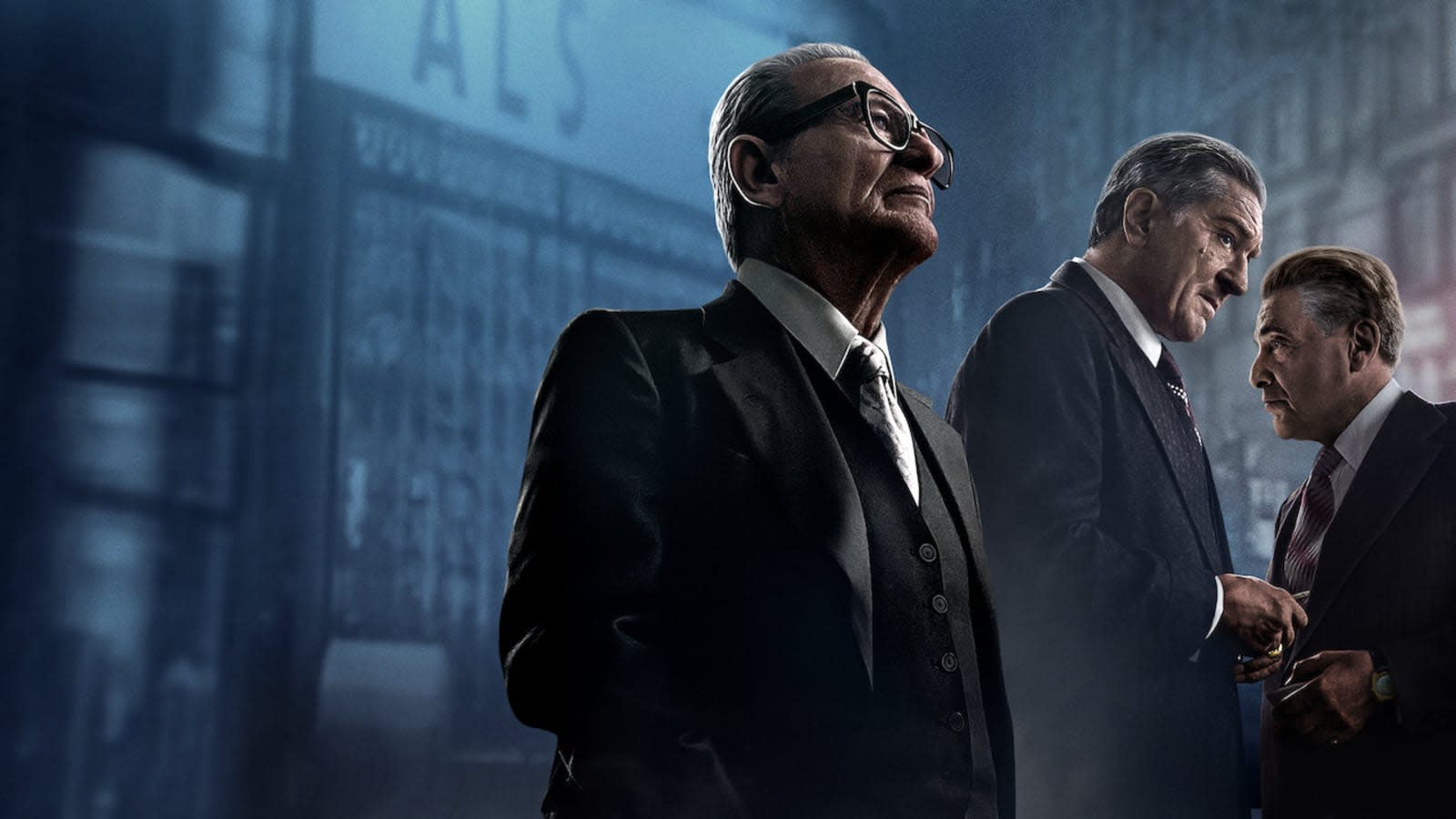 November is a colossal month in the streaming ecosystem, with heavyweight newcomers Apple TV+ and Disney+ both making their debuts. Netflix doesn't plan to go quietly into the night though, as it has plenty of major titles coming to its platform over the month. Most notably, Martin Scorcese's latest mob epic The Irishman will hit Netflix November 27th -- just in time for Thanksgiving weekend. Also on the docket are The King, starring Timothée Chalamet (November 1st), and season two of The End of the F***ing World (November 5th).

The platform's holiday release schedule will pick up steam, with specials of some of its shows and a long list of holiday-themed movies on the way. They include Holiday in the Wild (November 1st), The Great British Baking Show and Let It Snow (both November 8th).

As for returning original series, the latest season of The Crown, starring Oscar winner Olivia Colman, arrives November 17th. You can also expect a Japan-set season of Queer Eye and season three of Atypical on November 1st. The terrific Patriot Act with Hasan Minhaj returns November 10th, as will the animated shows She-Ra and the Princesses of Power (November 5th) and The Dragon Prince (November 22nd). Four more episodes of The Toys That Made Us will arrive November 15th, and spin-off The Movies That Made Us debuts November 29th.

In terms of new shows, Hache, which tells the story of a prostitute rising to the top of a criminal organization, arrives November 1st. American Son, based on the Broadway play of the same name and starring Kerry Washington, drops on the same day. The Green Eggs and Ham animated series will debut November 8th.

Dolly Parton fans might want to be on the lookout for Dolly Parton's Heartstrings, an anthology series that tells the stories behind her music (November 22nd). Meanwhile, anime Levius, about mechanically enhanced boxers, is scheduled to debut November 28th.

The documentary slate for November includes Fire in Paradise, which charts last year's California Camp Fire (November 1st), and the self-explanatory Greatest Events of WWII in HD Colour (November 8th). There's also Maradona in Mexico, about soccer legend Diego Maradona's attempt to save a team in said country (November 13th), and Broken, a docuseries from the creators of Anthony Bourdain: Parts Unknown that "exposes the unknown fraud, corruption and negligence" behind products such as cosmetics, e-cigarettes, furniture and plastics (November 27th).

There are plenty more original movies, series and specials on the docket, along with a bunch of non-originals. The Matrix trilogy, Billy on the Street, Fear and Loathing in Las Vegas, Grease, Zombieland, Rosemary's Baby, District 9 and Step Brothers are among the shows and movies coming to Netflix November 1st. Also arriving during the month are the excellent A Single Man (November 11th), End of Watch (November 23rd) and season one of Dirty John (November 25th).

As for what's leaving Netflix next month, you'll have until November 1st to stream the likes of The Lord of the Rings: The Two Towers and The Return of the King, Groundhog Day, Gran Torino, Caddyshack, 300, The Departed, Scream and The Sixth Sense. Blue Bloods, meanwhile, will depart Netflix on November 5th.

In this article: av, dolly parton, dollyparton, entertainment, green eggs and ham, greeneggsandham, netflix, netflix original, netflix originals, netflixoriginal, netflixoriginals, patriot act, patriot act with hasan minhaj, patriotact, patriotactwithhasanminhaj, queer eye, queereye, she-ra, she-ra and the princesses of power, she-raandtheprincessesofpower, stremaing, the crown, the end of the fing world, the great british baking show, the irishman, the king, the matrix, the toys that made us, thecrown, theendofthefingworld, thegreatbritishbakingshow, theirishman, theking, thematrix, thetoysthatmadeus
All products recommended by Engadget are selected by our editorial team, independent of our parent company. Some of our stories include affiliate links. If you buy something through one of these links, we may earn an affiliate commission.