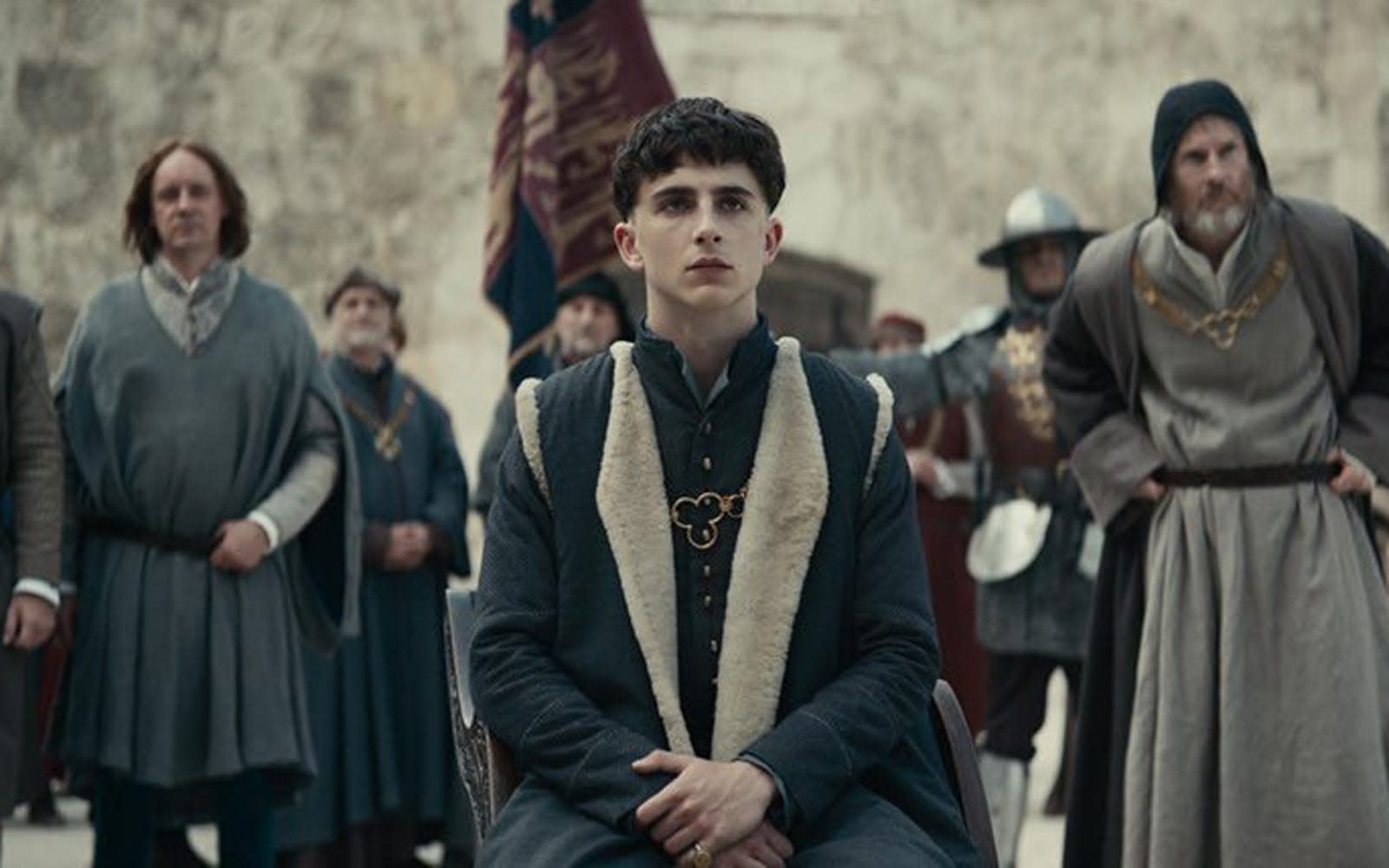 Netflix has released the trailer for its latest historical epic, The King. The upcoming film stars Call Me By Your Name's Timothée Chalamet as English monarch King Henry V. The movie's script, which is loosely based on Shakespeare's trio of Henry IV and Henry V plays, was penned by director David Michôd (Animal Kingdom, War Machine) and Joel Edgerton (Red Sparrow, Zero Dark Thirty).

The King is set during the latter stages of the Hundred Years' War. The trailer depicts the Siege of Harfleur and the subsequent Battle of Agincourt, the latter of which is one of the most famous battles in English history. In 1415, a depleted English army led by Henry decisively defeated a much larger French force made up of mostly heavily armored and mounted knights. The battle is the centerpiece of Shakespeare's Henry V, and the inspiration for one of the playwright's most famous speeches.

The King will premiere at the Venice Film Festival later this week before it starts streaming in the fall. Netflix also plans to screen the movie at select theatres across the US. If all of this sounds familiar, it's because the company employed a similar strategy with 2018's The Outlaw King. The Academy Awards, as well as some film festivals, require movies to complete a theatrical run before they consider them for an award. Based on Chalamet's acting alone, the strategy could pay off next year.

In this article: Academy Awards, av, entertainment, netflix, streaming, The King
All products recommended by Engadget are selected by our editorial team, independent of our parent company. Some of our stories include affiliate links. If you buy something through one of these links, we may earn an affiliate commission.