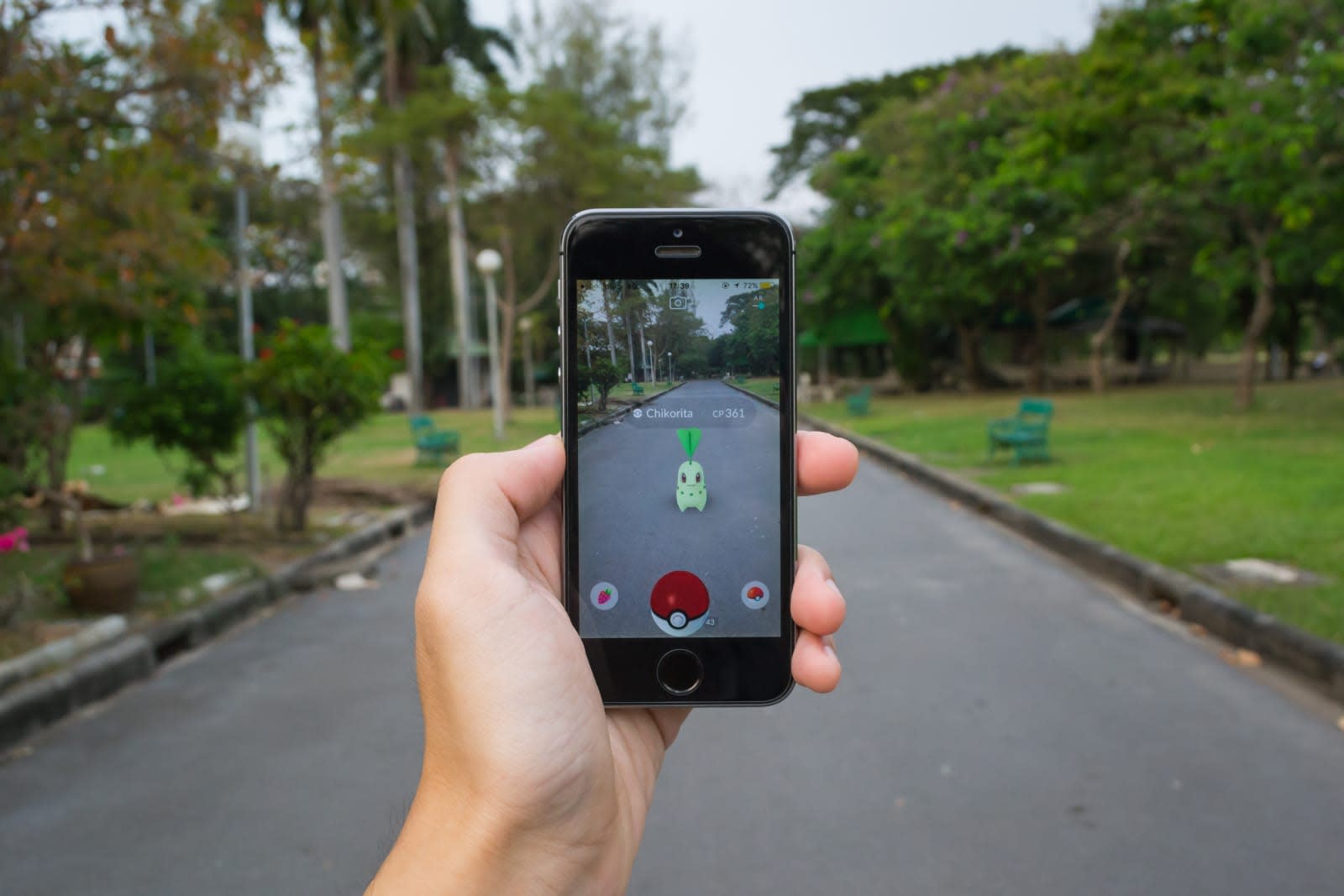 Niantic has been around for nine years now (it was originally part of Google before it spun out on its own), and the company is still going strong. A lot of that has to do with the success of Pokémon Go, as well as the recent debut of Harry Potter: Wizards Unite. Today, the company is making several announcements — a couple of improvements to Pokémon Go and new programs for small businesses and developers — that it hopes will fulfill its ever-growing AR ambitions.

One of the more interesting revelations is that Niantic is going to add a multiplayer interaction element to Pokémon Go called "Buddy Adventure." The game already has multiplayer mode in the form of online and real-time battles, but this is a much friendlier concept, with shared AR experiences at its core.

Niantic isn't sharing any gameplay specifics just yet — it's not entirely sure if feeding your Buddy berries or giving it pats will accrue any points, for example — but the idea here is that "Buddy Adventure" was designed to be real-time. Basically, you and your friends would need to have the feature enabled and be in the same location for it to work. Niantic didn't say exactly how many friends or "Buddies" the feature will accommodate, but it did emphasize that this experience is really meant for small groups of people, rather than large gatherings.

On top of that, Niantic is also working on improving its AR technology, specifically when it comes to understanding depth. Right now for example, the virtual character will simply glide over floors and walls, breaking the illusion of it being in the real world. At a press event in San Francisco, however, Niantic gave a sneak peek of how it's working to make characters go behind walls, duck underneath tables and keep them from walking on water. This will theoretically make the AR characters feel a lot more natural, resulting in more immersive experiences. According to Niantic, this improvement in AR tech will come to its Real World platform in the near future, and will work across both Android and iOS.

Another new feature coming to Pokémon Go is the ability to use the Niantic Wayfarer tool to fill out the map with real-world locations like local landmarks. Niantic has been relying on players to build out its virtual game board ever since its first AR game, Ingress (Wayfarer was called Operation Portal Recon back then) and have added over 9 million locations this way. Early last month, the tool was seeded out to a few Pokémon Go areas to test out, but now it'll be ready for everyone. Participants will need to be level 40 and pass a short quiz in order to submit a location. Other players can then review, edit and vote for which locations are worthy enough to be added to the world.

Niantic isn't just relying on its users to populate the game board, however. The company has worked with large corporations like McDonald's, 7-Eleven, AT&T, Samsung and many more to create sponsored locations in the past (clearly labeled as "sponsored" at the top). But now, it's planning on allowing small and medium-sized businesses get in on the action too with a new Niantic Sponsored Locations program launching in December of this year.

Like with the larger sponsorship deals, any storefront can now schedule Pokémon Go events like raids to happen at a specific time, or place other attractions like lures in order to draw foot traffic. According to Niantic, businesses can also put an in-store promotion, like a coupon or special offer, at a game location, which would hopefully turn Pokémon Go players into customers. Just in case you're a concerned parent, Niantic did say that sponsored locations are hidden from children unless there's explicit parental permission.

Last but not least, Niantic also announced that it will be investing more money in nurturing its third-party developer community. The company opened up its Real World platform to developers last year and also launched a Beyond Reality developer contest, which drew a lot of interested parties to dive in and create new AR apps using Niantic's tech. Now, it will take things a step further by launching the Beyond Reality Fund, where it'll invest 10 million dollars over the next three years to nurture even more AR apps. Those who are accepted into Niantic's program will be able to pitch their ideas, get funding and professional guidance, and have access to the same tools that Niantic uses to make its own apps.

Niantic's Wayfarer tool will roll out next week for Pokémon Go players around the world, while the company hasn't said when "Buddy Adventure" will be available just yet. Early beta access to Niantic's Sponsored Locations begin in December, with sign-ups starting this month. Developers interested in Niantic's Real World Platform can go to its website to find out more.

In this article: ar, augmented reality, gaming, gear, mobile, niantic, pokemon, pokemon go, pokemongo
All products recommended by Engadget are selected by our editorial team, independent of our parent company. Some of our stories include affiliate links. If you buy something through one of these links, we may earn an affiliate commission.