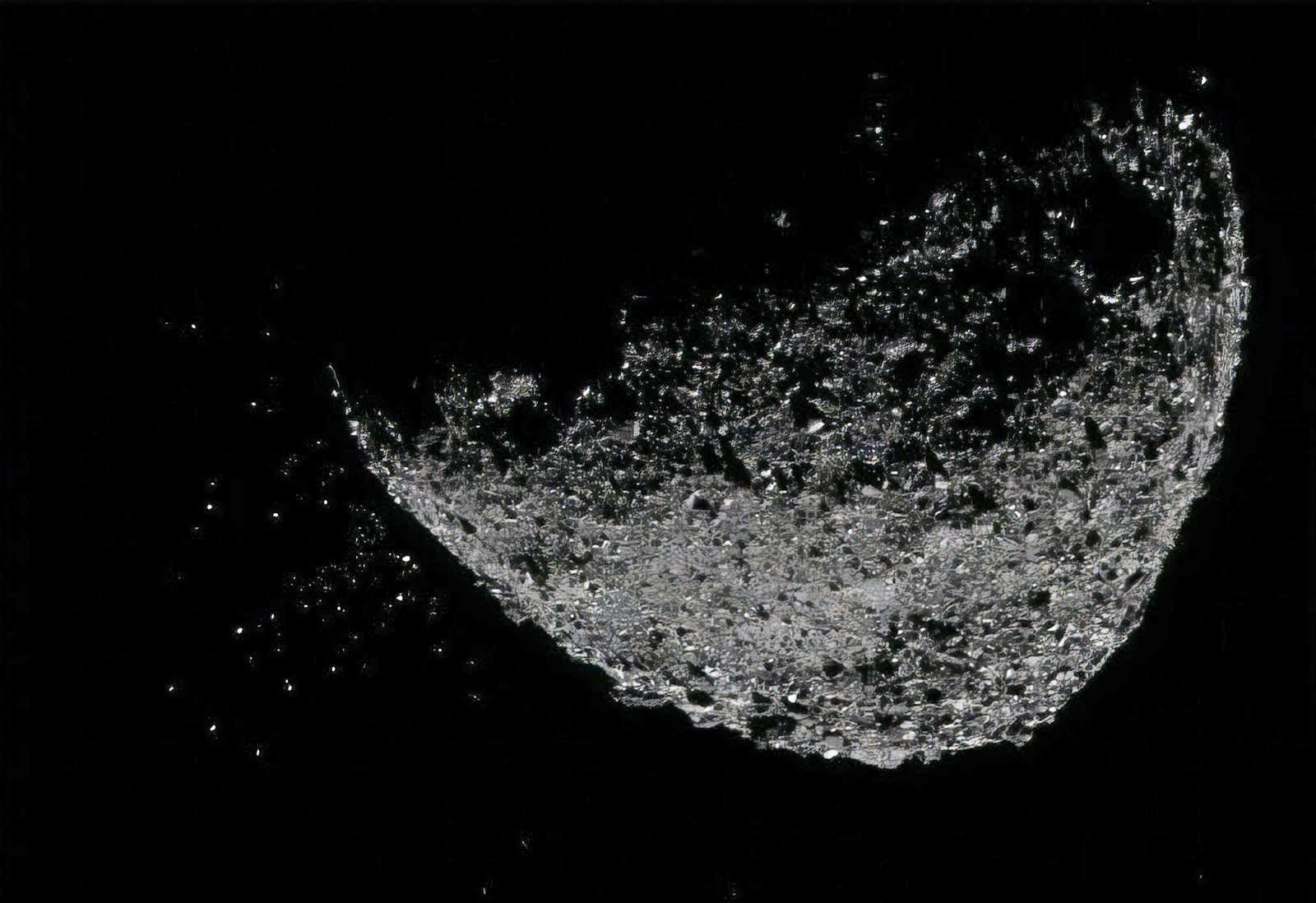 NASA's OSIRIS-REx spacecraft made a startling discovery shortly after arriving at its target, a 1614-foot-wide rock called Bennu: the asteroid was ejecting particles from its surface. While that's common behavior on icy comets, it's much rarer on asteroids. The phenomenon has stumped scientists, but NASA has now offered a few explanations based on observations by OSIRIS-REx and hopes that a sample collected next year will offer a more definitive answer.

OSIRIS-REx has been surveying Bennu since it arrived on December 3rd, 2018, with the aim of finding a boulder-free landing site. Based on observations so far, scientists have several theories about the eruptions. One is that small fragments of space rock called meteoroids are striking Bennu, dislodging particles.

Another explanation is thermal stress fracturing. Bennu's surface temperatures fluctuate widely over its 4.3-hour rotation; while warm when exposed to the sun, at "night," the asteroid gets extremely cold. That may cause rocks to fracture and shed particles.

OSIRIS-REx also discovered water on Bennu, and that may be released from clay on the rock when it's heated. That could cause surface agitation, "causing particles to erupt," NASA explained. If so, then only water-bearing asteroids might have such eruptions. If it's thermal stress fracturing or meteoroid impacts, then any asteroid could have sporadic ejection events.

In any case, the mini-explosions have given NASA a new theory to test and scientists hope to actually gather some ejected particles when samples are taken. "The material returned to Earth from Bennu will almost certainly increase our understanding of asteroids," NASA explained.

Once a sample site is picked in summer 2020, the Lockheed Martin-designed spacecraft will descend to the surface at just a quarter of a mile an hour. It will bounce gently off the asteroid while a sampling head uses a blast of nitrogen gas to collect dirt and small rocks.

Bennu is considered a danger to Earth that will pass within the Moon's orbit in the year 2135, and currently has a 1 in 2,700 chance of impacting the Earth between 2175-2199. NASA hopes to collect anywhere from several ounces to nearly four and a half pounds of material, which will be delivered to Earth in September 2023.

In this article: Asteroid, Bennu, meteoroid impacts, Osiris-REx, particles, space, thermal fracturing, tomorrow, gear
All products recommended by Engadget are selected by our editorial team, independent of our parent company. Some of our stories include affiliate links. If you buy something through one of these links, we may earn an affiliate commission.