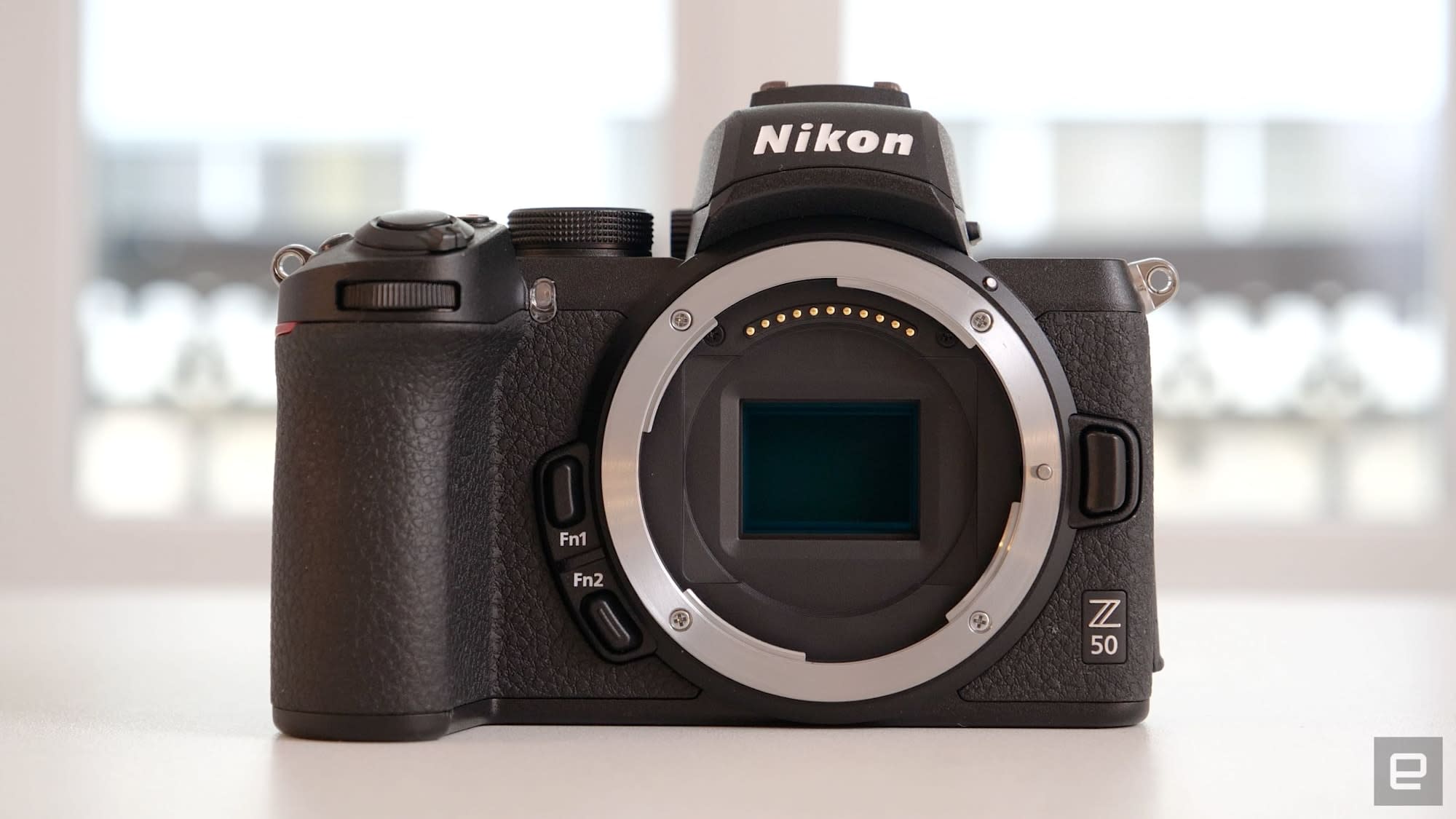 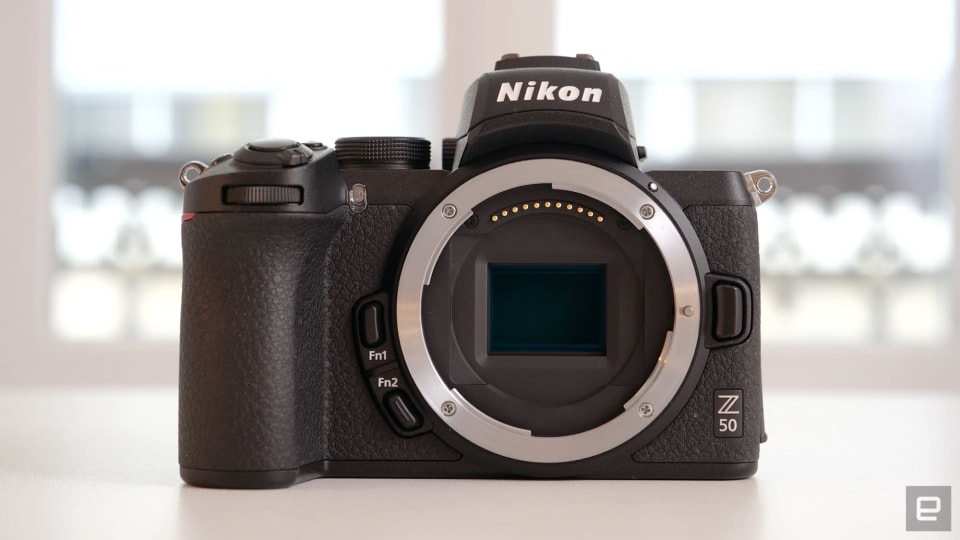 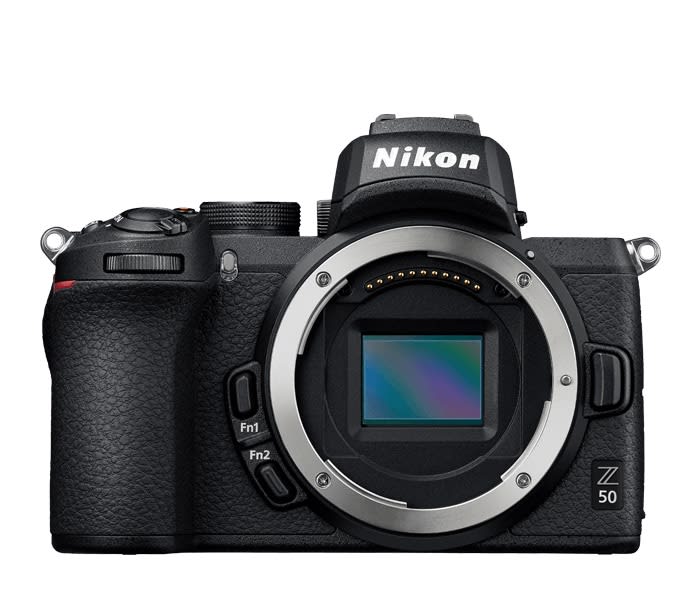 Today's camera landscape is ultra-competitive and not terribly lucrative, so it takes a lot of guts to launch a new system. Nikon has done that (again) with the 20.9-megapixel Z50, its first ever APS-C mirrorless camera. Unlike rival Canon, Nikon decided to use the same Z mount lens system for both its full-frame and APS-C mirrorless cameras, a decision that has been surprisingly controversial.

Nikon doesn't have the luxury of slowly perfecting its mirrorless lineup like Sony did five or six years ago. The market is mature now and the Z50 is going up against formidable models in its price range, including Sony's A6400, the Canon M6 Mark II and Fujifilm's X-T30.

In an early hands-on look, I was impressed by the Z50's ergonomics and its petite size. Now, let's see how it stacks up against the competition in the crucial areas of autofocus, image quality and 4K video features.

The Z50 is a good debut for Nikon’s Z mount APS-C mirrorless system. Unfortunately, it’s entering a very competitive market and faces some strong competition, particularly Fujifilm’s X-T30. While it handles great, the Z50 trails rivals in autofocus, shooting speeds, video and particularly image quality. However, it doesn’t have any fatal flaws and it’s a good choice for folks who want a camera that’s easy to handle, particularly if they already have Nikon lenses.

Be the first to review the Z 50?
Your ratings help us make the buyer’s guide better for everyone.
Write a review

On top of the regular picture control settings, including "standard," "neutral," "vivid," "monochrome" and "flat," the Z 50 has numerous fun options like "toy camera," "melancholic" and "night vision." That's a nod to the camera's potential Instagram market, though I'd argue that you might as well use a phone with filters like that.

The Z50 is a much better camera than the M6 Mark II for video. That's because it reads the entire sensor width and supersamples it down to a 4K size, just like Sony and Fujifilm do with the A6400 and X-T30 models. The M6 II, meanwhile, uses line-skipping with the entire sensor, which results in a very soft 4K image.

Color accuracy is also a strong point, but the Z50 only shoots 4:2:0 8-bit video, and there's no log-type profile to maximize dynamic range. As such, you'll need to nail your exposure, as there isn't a lot of room to fix it in post. Fujifilm's X-T30 lets you output 4:2:2 10-bit video to an external recorder via the HDMI port, making it more useful for serious video types.

Video autofocus is a strong point, thanks to the phase-detect system. As long as your subject doesn't move around too quickly, it'll keep them sharp. It also does smooth transitions during focus changes without any of the hunting I sometimes see on contrast-detect AF systems from Panasonic and others.

The display on the Z50 does tilt down, and with the sharp full-sensor 4K video and good autofocus, it makes a very decent vlogging camera. However, you'll have to hold the camera in your hand, as a gimbal or tripod will block the screen (unless you get a fancy bracket or cage). On the plus side, you can mount an external microphone without obstructing the display, unlike with Sony's A6400 or the Canon M6 II.

The solution to this is to use a fully-articulating screen that flips around to the side (like Panasonic and Canon have done) and I can't understand why Nikon and Sony don't do this. Is it a patent or cost issue? Honestly, I'm genuinely curious.

Finally, that there's a microphone port but no headphone jack. The same applies to its rivals, but you can use the X-T30's USB-C port as a headphone jack with a relatively cheap USB-C to 3.5mm adapter.

The Z50 is a good, but not exceptional, debut for Nikon's Z mount APS-C mirrorless system. It has great handling, good shooting speeds and autofocus, nice image quality and solid video performance for its intended market.

If this camera had come out even a year ago, it would have been near the top of my list. However, even though I love the Z50's handling and form factor, it's in second place or lower in every other category. The A6400 has better autofocus, the X-T30 better video performance, and the M6 Mark II better image quality and shooting speeds.

That leaves the Z50 near the bottom of the pack, but that doesn't mean it's not worth your consideration. There are no serious flaws and if you already have some Nikon lenses, whether Z mount or DSLR, the Z50 would be wise choice, particularly if you like a camera that's easy to handle. If not, I'd recommend Fujifilm's X-T30 instead -- it handles nearly as well and is a better all-around camera.

In this article: 4K, APS-C, cameras, gear, Mirrorless, nikon, review, video, Z50
All products recommended by Engadget are selected by our editorial team, independent of our parent company. Some of our stories include affiliate links. If you buy something through one of these links, we may earn an affiliate commission.