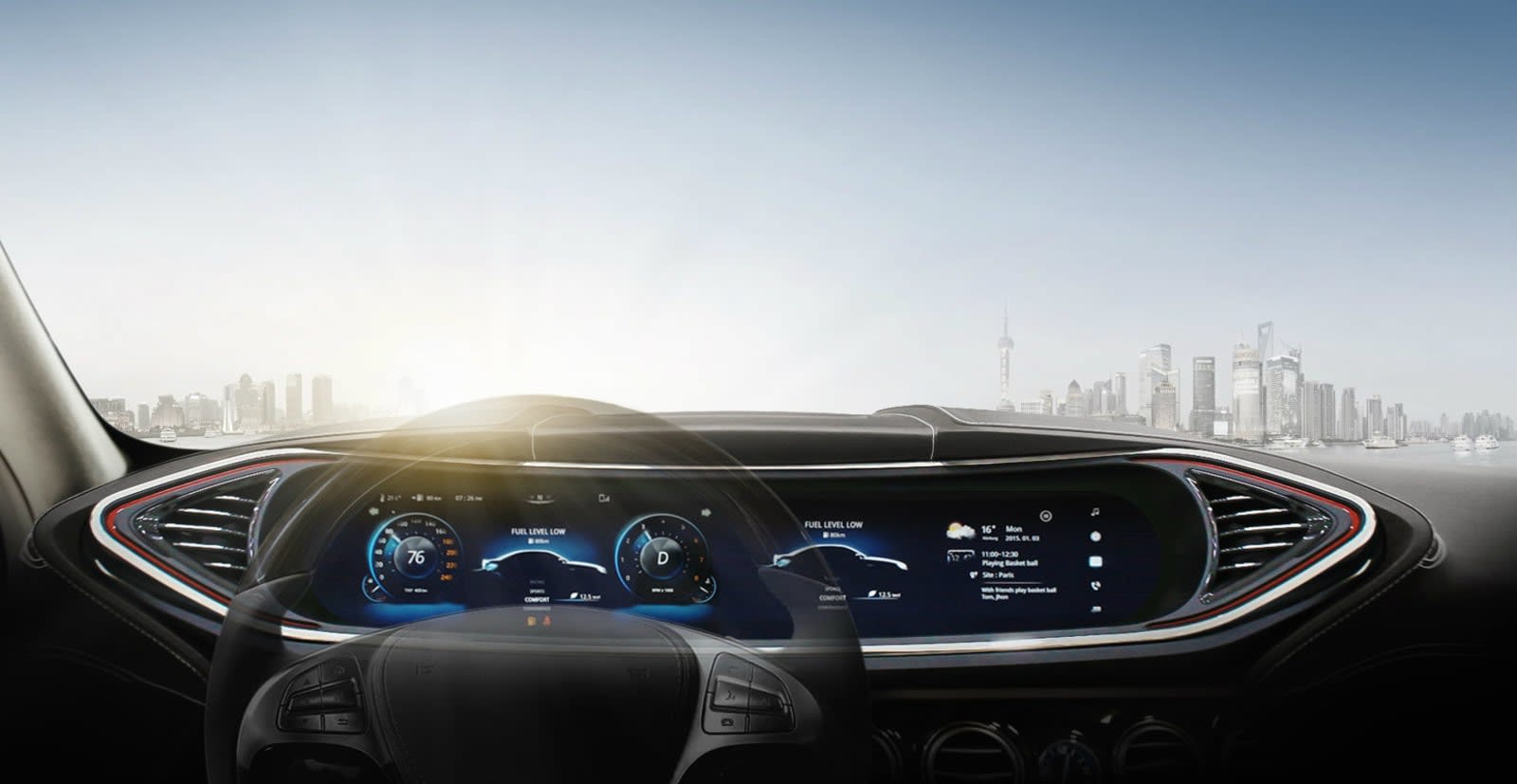 While LG's CES presence has mainly been about TVs -- of the rollable and 8K variety -- and robots, it hasn't forgotten about the tech show's other obsession: cars. With a self-driving data collection partnership with Here maps already under its belt, not to mention its plans to import WebOS from its TVs into car dashboards, LG's latest team-up sounds like its biggest yet. The Korean company is tapping Microsoft's cash cow cloud service Azure and AI tech to grow its own autonomous driving and infotainment systems.

Meanwhile, Azure's Data Box service will help LG's self-driving platform to learn and evolve even faster at its testing grounds, said the company. "Road and traffic patterns in cities that would normally require more than a full day for [self-­driving] systems to comprehend would take only minutes with Azure," declared LG. It could teach LG's software to distinguish between pedestrians and objects and learn the driving patterns of other vehicles on the road.

Like its Korean rival Samsung, LG is also chasing the billions of dollars up for grabs in the automotive parts industry. It even created a new department devoted to car parts under the wing of its holding company LG Corp. late last year. With Microsoft's AI knowhow, LG is promising to upgrade its infotainment systems. Specifically, it will leverage Azure's voice­-activated Virtual Assistant Solution Accelerator to provide drivers with traffic conditions, listings for nearby restaurants, and the ability to play music.

Already at CES we've seen Google trying to get its Assistant into older cars through budget accessories from Anker and JBL. And Microsoft recently partnered with Volkswagen on an "automotive cloud" that aims to provide a seamless infotainment experience inside and outside the auto-maker's vehicles.

"Our expectation is that the combination of Microsoft's advanced cloud infrastructure with LG's fast­-growing automotive components business will accelerate the self-­driving auto industry as a whole," said Kim Jin­yong, president of LG's Vehicle Component Solutions Company. "We're confident that the combination of Microsoft and LG technologies will create a new benchmark in autonomous auto AI."

Source: LG
In this article: ai, ArtificialIntelligence, azure, gear, In-carEntertainment, InfotainmentSystem, lg, microsoft, Self-drivingCar, transportation
All products recommended by Engadget are selected by our editorial team, independent of our parent company. Some of our stories include affiliate links. If you buy something through one of these links, we may earn an affiliate commission.