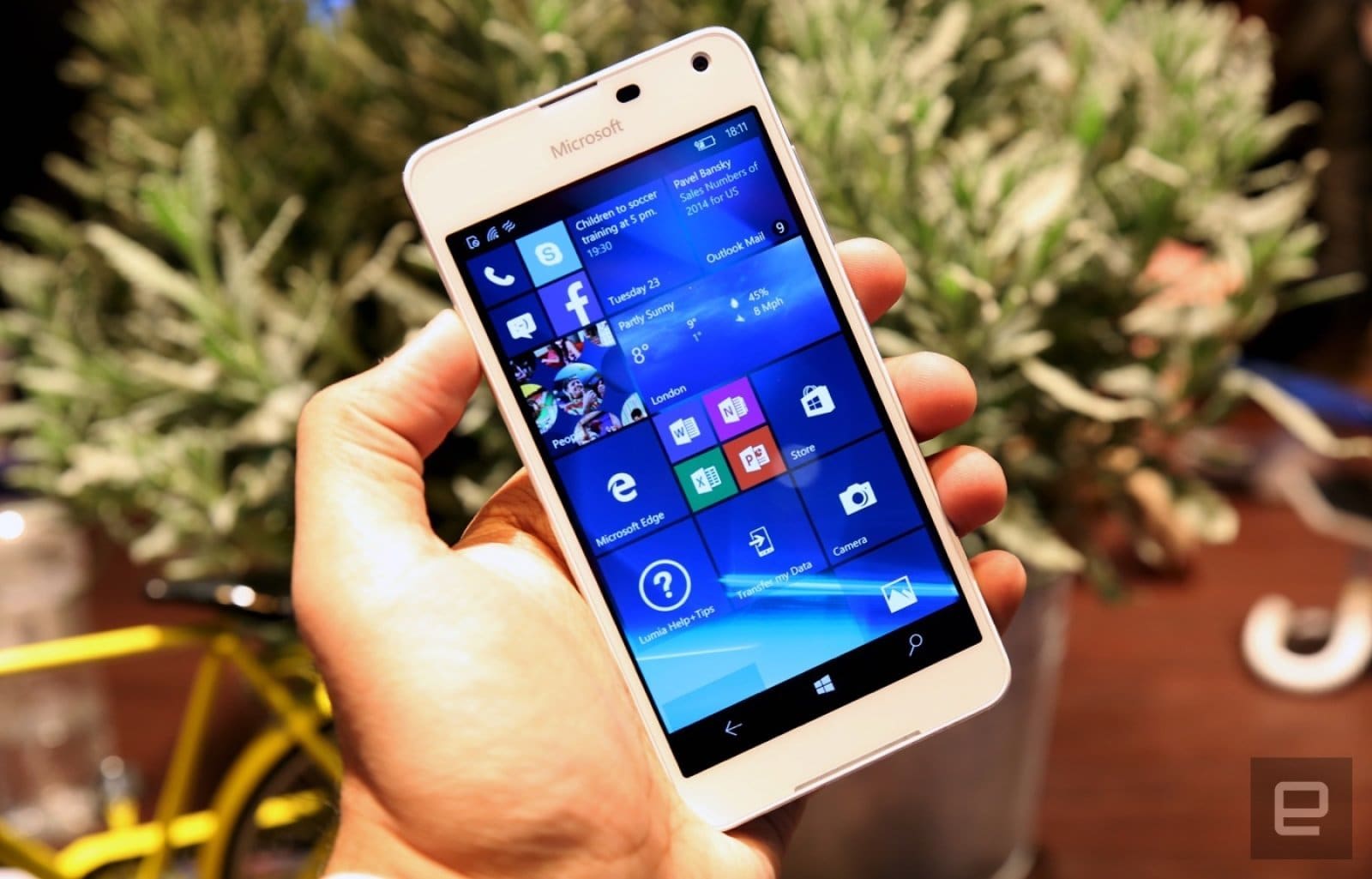 Microsoft is winding down support for Windows 10 Mobile. The company will stop releasing security and software updates on December 10th, and it will end technical support for the devices on that date.

You'll be able to create device backups for settings and some apps until March 10th, 2020. Some services, including photo uploads and restoring from backups, may still work for up to a year after Microsoft formally ends support in December.

Microsoft has held the hammer over the last nail in Windows 10 Mobile's coffin for some time -- it released the last update, version 1709, in October 2017. It's worth noting that only phones capable of running version 1709 will be supported until December. "For Lumia 640 and 640 XL phone models, Window 10 Mobile version 1703 was the last supported OS version and will reach end of support on June 11th, 2019," Microsoft says. You can see how the end-of-support plans relate to your phone here.

You can, of course, keep using Windows mobile devices after December 10th, but Microsoft suggests it's time to start considering a switch to iOS or Android. Rather than continuing work on its own platform, the company is developing apps and services for those. Its Microsoft Launcher app for Android has several Windows-connected features, while you'll soon be able to mirror your phone's screen onto your Windows 10 PC.

Via: The Verge
Source: Microsoft (1), (2)
In this article: android, gear, ios, microsoft, microsoftlauncher, mobile, os, security, software, windows10mobile, windowsmobile
All products recommended by Engadget are selected by our editorial team, independent of our parent company. Some of our stories include affiliate links. If you buy something through one of these links, we may earn an affiliate commission.